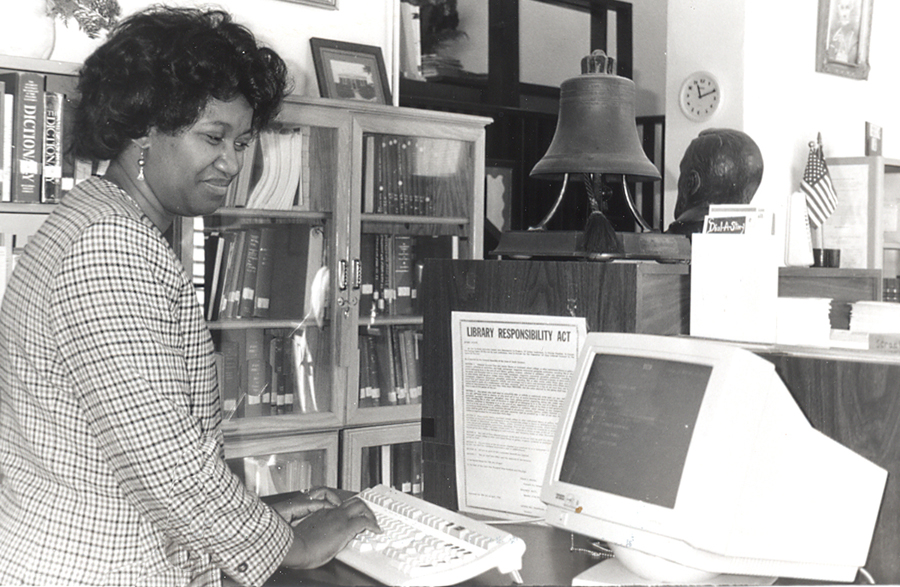 McCormick began her career in the Dillon County Library System in 1977 as the bookmobile driver, spreading books and information throughout the county to people who could not get to the library and who would have not otherwise had access to library services.
She was a fixture at the Latta Library, which served as the headquarters library during many years of her career. Many Latta children remember summer reading club, Hallowe’en carnivals, book readings with authors, book sales, and other activities she held to attract people to the library. She worked her way up to becoming the branch librarian at the Latta Library, where she served from 1986 until 1996.
In 1996, she became the first African-American Library Director in Dillon County, but it was not without struggle.
When the job of director became vacant, McCormick, who at this point had been with the library 18+ years, was one of two long-term library employees to apply for the position; however, the Dillon County Library Board at the time hired a man from Pennsylvania to be the next director. 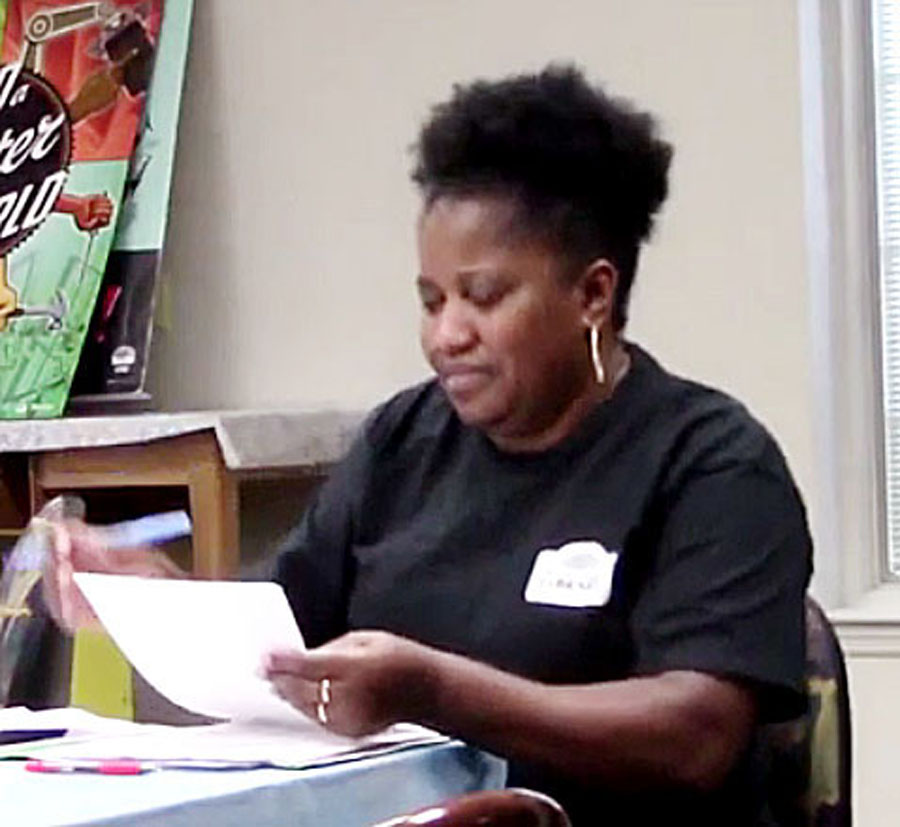 Yolanda McCormick at a Dillon County Library Board meeting in 2019. (Photo by Betsy Finklea/The Dillon Herald)

This played out at a heated special meeting of the Dillon County Council in October 1996 when some members of Dillon County Council confronted the library board about why neither of the two Dillon County Library employees had been hired indicating that they believed race may have been a factor in the decision. The Library Board chairman at the time vehemently denied this allegation saying it was a matter of management experience and other qualifications.
McCormick did not let this deter her and continued to work on in the library system blooming where she was planted.
After the special meeting, but prior to being hired as director, McCormick, the assistant library director, announced the arrival of the computer age at the Dillon County Library. Computers would now touch every aspect of the library. The new automation linked the branches and the bookmobile together, revolutionized the circulation desk and the process to check out books, and computerized the card catalog.
However, there were still many people in the community who strongly felt that McCormick should be the director, and destiny was not to be denied. In the December 3, 1996 issue of The Dillon Herald, it was announced that the Pennsylvania man had declined the position, and McCormick had been hired for the job. It had all worked out for the best as McCormick proved throughout her career as library director.
In August 1997, tragedy struck the Dunbar Library in Dillon, which was housed in an old historic home on Main Street. The library burned due to arson, and McCormick played a big role in the rebuilding of a new. modern Dillon branch, which ultimately became the headquarters library. During the time the library was being rebuilt, McCormick made sure that Dillon citizens got as much library service as possible keeping the bookmobile available on the property many days of the week. 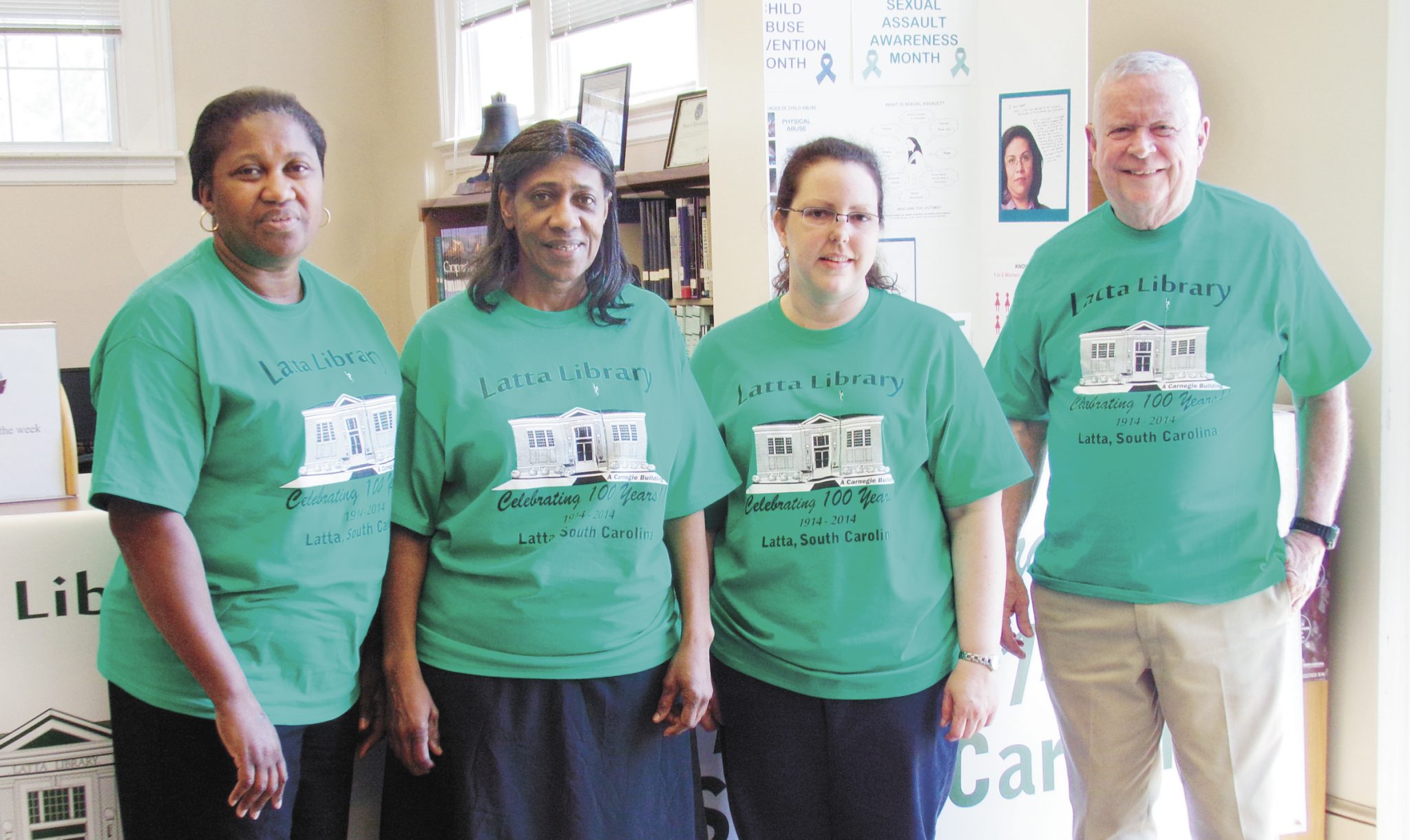 In 2006, she was also influential in the renovation of the Latta Library. In 2014, she led the celebration activities for the 100th anniversary of the Latta Library, the last Carnegie-funded library in the country and one of a few that is still operational. Most recently, McCormick was an active part of the planning of the addition to the Latta Library being made possible through a bequest by Frank McMillan.
Since her passing, many people have remembered her energy, her pursuit of knowledge and work to make sure others were knowledgeable, her willingness to speak up when necessary, her dedication to the library system, and her kindness to all.
She was known as a worker doing every job that needed to be done, whether it was cleaning the Latta Library herself after a hurricane or working in the yard of all three libraries with the help of her husband, Sam. She considered no job too small or menial if it needed to be done.
Through the years, McCormick worked to keep the library up with the times constantly working to improve technology and access to all.
For many people, McCormick was “the library,” and her presence there will be greatly missed. She leaves big shoes to fill.