By Betsy Finklea
A father-son duo are now fighting crime together in Dillon County. 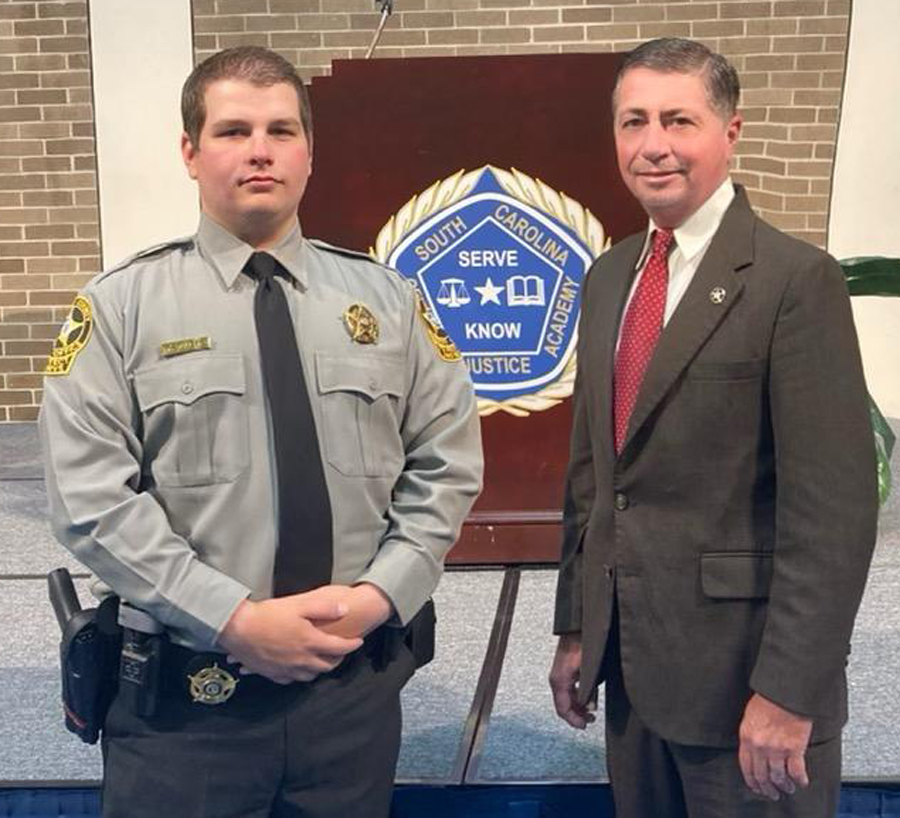 Captain Allan Rogers and son, Deputy Jordan Rogers, are now serving together on the Dillon County Sheriff’s Office, and Captain Rogers couldn’t be more delighted that his son has chosen a career in law enforcement.
“It feels good to have him follow in my footsteps,” said Captain Rogers. “I think it’s a noble career.”
It’s no wonder that Deputy Rogers chose this career path. He grew up around law enforcement. His father would pick him up from school and come let him play at the Marion County Sheriff’s Office where he was working. Deputy Rogers said he always enjoyed hearing his father talk about his experiences, and he knew that he wanted to follow in his father’s footsteps, but with a “little different path.”
The 22-year-old has been with the Dillon County Sheriff’s Office for about a year now and graduated from the South Carolina Criminal Justice Academy on Friday, September 24th. The photo above shows the pair at the graduation.
Captain Rogers has had an esteemed career in law enforcement. He was hired by the Latta Police Department in 1989 at the age of 21 as an officer. Later, he went to the Marion County Sheriff’s Office, where he attained the rank of Chief Deputy. He has been with the Dillon County Sheriff’s Office for the past 16-17 years and has attained the rank of captain. He has a total of 33 years in law enforcement.
When asked what he thought about working in the same department as his father, Deputy Rogers said he “LOVES IT.” He said it gives him the opportunity to learn “a little bit more,” which puts him ahead of the game.
Deputy Rogers said he is enjoying serving on the department and that he enjoys the camaraderie among the people he works with and the team work.
Both thank Sheriff Douglas Pernell for this unique opportunity to work together to make Dillon County a better place.