Although Dillon High School’s Jenascia Lester had other offers, she signed with Southeastern Community College in Whiteville, N.C., to further her softball and academic career at the next level on Monday, May 9, at the Dillon High School gym as she was surrounded by family, friends, teammates, coaches, and others.
She will major in nursing at Southeastern Community College.
Dillon Head Coach Stevie Grice thanked everyone for coming. He also thanked Jenascia’s parents for allowing her to play and for preparing her for softball and her education. Grice also thanked Jenascia for her contribution to the team in getting them to the District Championship. Grice is hopeful for continuing beyond the District Championship that is to be played on Wednesday. Grice also informed the coach at Southeastern Community College that he was getting a good player.
Coach Norman Quick also reiterated that statement plus stated that he was very proud of Jenascia as she was one of the leaders of the team this year. Her contributions to the softball program are greatly appreciated…and the season is not over yet.
Lester has enjoyed softball since she began playing when she was only 11 years old having been influenced by her Uncle Jim. She has concentrated solely on softball and no other sport.
Lester should fit well into the program at Southeastern Community College as she is a hard worker both academically and athletically.
Lester stated that she has worked hard to get back onto the field at Dillon High where she enjoys playing softball.
She will carry her work ethic ability and athleticism with her to the next level.
When not practicing or playing softball, Jenascia enjoys dancing.
While at Dillon, Lester has played second base and has received awards such as best offensive player for the junior varsity program.
LaTonya and Johnie Lester, Jenascia’s parents are very proud of their daughter for the young lady she has become. “We will always be there for her. We look forward to her accomplishments both on and off the softball field.”
Dillon Athletic Director Zach Hayes stated “It’s always great to watch our players mature both on and off the field and to have an opportunity to further their education and softball careers as Jenascia is doing now. We only expect bigger and better accomplishments from her at the next level.” 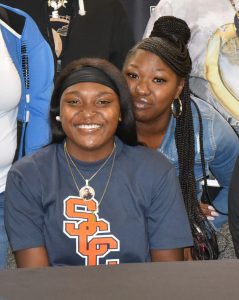 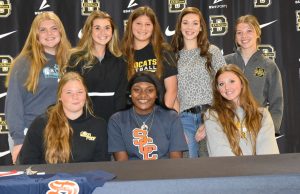 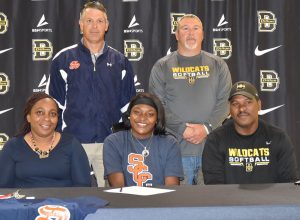 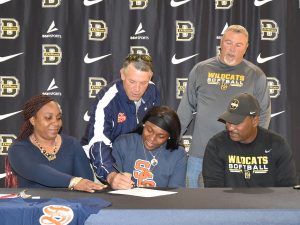 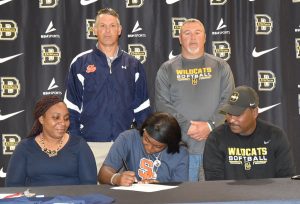 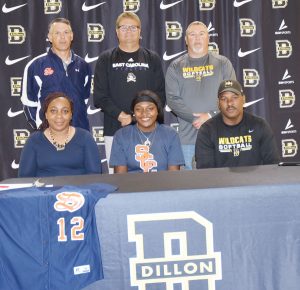 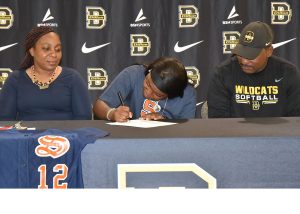 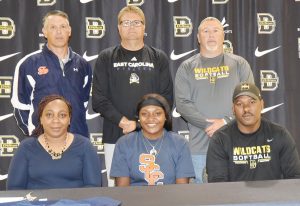 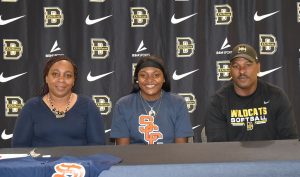