By James Lockemy,
Proud United States military veteran and proud citizen of Dillon County
March 1, 1918, for the first time ever, an American hero died that listed his home as Dillon County, South Carolina. On that day, Lieutenant John Hodges David fell in World War I in France leading a squadron of American soldiers against overwhelming odds. He brought down seven of the enemy before his death while saving many of his fellow soldiers. 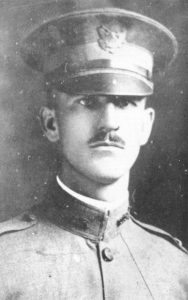 John David was posthumously awarded the Silver Star for his heroism that day. Which was another first for Dillon County, as that county had never before appeared on an American citation for heroism.
The sacrifice of David was followed by numerous others in World War I, World War II, Korea, Vietnam and the War on Terror. Dillon County has indeed given its precious blood to preserve the freedoms of this great country.
On Monday, May 30, 2022, the people of this country will pause to remember those who “Gave the last full measure of devotion”. Here in this county we have many to remember and honor. The dozens of names on our wall of honor signify the devotion the people of this small county has rendered for this country since the birth of the county in 1910. That devotion started long before that date as the patriots of this soil can be traced back to the Revolutionary War.
The Dillon County Veterans of the Year, as they have done for many years now, will conduct a ceremony on Memorial Day beginning at 11 a.m. on Veterans Square in front of the Dillon City-County building to honor those that gave their lives for American freedom. In addition, the names of those veterans from Dillon County who passed away since our last Memorial Day will be read and honored.
While Lieutenant John David was the first Dillon County citizen (and first American officer in World War I) to be killed in combat, PFC Chad Owens of Dillon County was one of the first Americans to die in the War On Terror. The Veterans of the Year will conduct a special ceremony to honor him. Members of his family will be there to receive this special recognition on his behalf as the 2022 Distinguished Deceased Veteran of Dillon County.
Please join us for this solemn ceremony. As Lincoln said at Gettysburg, “It is for us the living to be dedicated” to continue the fight for freedom and remember those who have been lost in that fight. In doing so we inspire that next generation who will stand and protect our country.
Unfortunately, this year, I will not be physically present in Dillon County for Memorial Day. Although my heart will be in Dillon, I will be on a trip to Eastern Europe on Memorial Day. In memory of those from our home who have fought and died around the world over the last two centuries for this country, I will proudly wave the Dillon County flag close to the border of Ukraine to recognize their bravery.
Like that of John David, it has been exhibited against overwhelming odds – like PFC Chad Owens and the many others on our Wall of Honor, it continues to be exhibited as casualties mount and challenges confront the effort to succeed – but like thousands of other sons and daughters of this county still standing and still ready to fight no matter what the threat to freedom, the fight will continue.
Memorial Day – A Day To Remember, A Day To Honor.

Note: The family of Lt. John H. David will be recognized at the ceremony. Here is an account of his death from The Dillon Herald.

A Dillon County boy was the first officer from South Carolina killed in World War I.
Lieut. John H. David, fighting in France, was killed in action March 1, 1918.
There was no more popular young man in Dillon County than Lieut. David. He numbered his friends by the hundreds, not only in Dillon County but all over South Carolina.
Graduating from the South Carolina Military Academy in the Class of 1913, where he took a high stand in his classes, Lieut. David returned to Dillon and was associated with his father in agricultural and mercantile pursuits until the declaration of a state of war between the United States and Germany.
Lieut. David was the first Dillon County boy to seek admission to the officer’s training camp at Ft. Oglethorpe, but was rejected on account of a slight physical defect. Having offered his services to his country he could have returned to his usual pursuits in civil life without the slightest sacrifice of honor, but he was determined to be of service to his country and going to Washington he secured a special permit from the War Department admitting him to the officer’s training camp. Here he took a very high stand and at the end of three month’s was given a first lieutenant’s commission.
When his company commander asked for volunteers to go to France, Lieut. David was among the first to offer himself for foreign service, being the first Dillon County boy to volunteer service abroad. After a brief furlough at home he was ordered to New York where he spent several weeks drilling raw recruits and preparing men for foreign duty. He sailed for France in October 1917 and shortly after his arrival was assigned to duty in the trenches.
Letters were received from Lieut. David at regular intervals and while he was not permitted to tell what part he was taking in the war, yet a careful reading between the lines showed that he was in the fiercest of the fighting. In one letter he told of having been in the trenches for several weeks in mud and water waist deep and spoke of the comforts he enjoyed while out of the trenches for a brief rest.
While the details of Lieut. David’s death will not be known until a fuller report is received from the war department, yet it is probable that he lost his life in the fierce fighting between the American and German forces on March 1st.
This was the first big engagement with the enemy and although the Americans were victorious, the casualty list was heavy. In this engagement the Germans used all the barbarous methods they could conceive of to demoralize the American forces, but their attacks were met with undaunted courage and they were finally driven back to their trenches with great loss of life.
The first to volunteer for service abroad, Lieut. David was the first Dillon County boy to die in action on foreign soil. His death brings the war with its attendant horrors close to the hearts and homes of hundreds of Dillon County people.
In early life John David’s ambition was to be a soldier. It was a dream of his boyhood days and as he grew into young manhood his fondness for the military increased. Shortly after entering The Citadel he was tendered an appointment at the United States Military Academy, but could not enter on account of a slight defect of vision. This was a great disappointment to him, but he continued his studies at the Citadel with unabated energy and when he graduated from this institution he took a high stand in military science. He promptly took advantage of the first opportunity circumstances offered to follow the profession he loved so well, and it is safe to say that if his manner of death had been of his own choosing he would have preferred to die as he did—a soldier’s death on the battlefield fighting in defense of human rights and liberties.
John David was a model young man who held truth and honor as priceless gifts and his entire life from his early boyhood days was above reproach. He was popular not only at home where his life had been an open book but numbered his friends by the score all over South Carolina. A gentleman at all times, he was polite and courteous to all classes, and his untimely passing brings poignant sorrow to the homes of the humble as well as the great.