In my column today, I am going to attempt something that I seldom do.
I am going to present and illustrate some basic principles and concerns of life that each of us can identify with.
What will make this column both challenging and unique is that it will be presented in a short story and dramatic form with four sections that are interrelated with the same plot and leading character.
Let’s jump right into it.

Yesterday
At first, when I heard someone knocking at my door, I was (to be honest) about to become a little upset. It was exactly 12:00 a.m. when I reluctantly awakened and looked at my alarm clock on the night stand. I said to myself in anger, “Who in the world can this be disturbing me at this late hour of the night?” When I looked through the peep hole in the door, there was a very distinguished looking man whose countenance appeared to glow with an appealing and pleasant smile that mysteriously removed all suspicion and doubt I had about who this stranger was.
Opening the door, I greeted and welcomed him to come in and have a seat in my living room that was accessible from the foyer. Once we both sat down, he wasted no time in telling me his identity and mission. “I am the messenger and keeper of yesterday,” he said to me in a very convincing way that was also captivating and somewhat surreal. There I sat spellbound, yet acutely aware and able to fully understand what this midnight visitor was saying to me about my entire life – from conception to the present time.
Amazingly, I was able to see the narrative of my entire past life through the eyes of my understanding as this mysterious visitor spoke to me. The part of my past life that really stood out to him and greatly accentuated his smile and brightened the glow on his countenance was when he shared the episode of when I accepted Jesus Christ as my Lord and Savior. When my mysterious visitor was finished sharing with me what he had come to share about my past, he got up and abruptly left without giving me a chance to ask him any questions.

Today
In a complete astounded and somewhat confused state, I managed to go back to bed.
When I looked at my clock, it was still amazingly 12:00 a.m. I was further mystified by why the alarm clock was still showing the same time as it had when I got up.
Certainly, I had spent at least an hour entertaining and listening to the stranger. Perhaps the old alarm clock needed a new battery. That had to be the answer.
Whatever the answer was, I was not going to concern myself with it right now. So, I finally drifted back to sleep. However, no sooner than I had fallen asleep, there came another knock on my door. When I got up and looked at my alarm clock, it was frozen at 12:00 a.m. Now, I knew it needed a battery replacement. When I once again looked through the peep hole to see who it was at my door (as I had just previously done), to my amazement, there was another man who bore a close resemblance to the first stranger whose countenance was even more radiant. As before, I felt no suspicion or fear about asking him into my house. With a big smile on his face (like the other one), he sat in the same seat and identified himself as Today. Before I could get a word out of my mouth about his name and how it was in someway connected to the other stranger’s name, he commenced to share with me about things that were presently happening in my life as I listened in astonishment. He was acutely accurate in every aspect and detail. Like the other stranger had done, when he finished, he hastened away and out of the door without allowing me to ask him any questions. Again, I had been further astonished and perplexed by this second stranger in the night leaving suddenly as the first one had left me. I did not know what these mysterious visits were all about. Like before, when I resumed my sleep, the alarm clock had not moved from 12:00 a.m. leaving me convinced that it needed a battery replacement.

Tomorrow
Again, as before, once I was able to resume my sleep, there came another knock at my door. Due to the previous visits by the two strangers, I suspected that this would be another mysterious visitor who would be in some way very similar to the others. My guessing was confirmed when I looked through the peep hole and beheld some of the same distinctions in his countenance and smile as were very evident in the others. Once again when I opened the door and welcomed him in, to no surprise to me, he sat in the same chair as the others. He identified himself as Tomorrow and commenced to share with me things both good and bad that I would experience in my future. He was very emphatic and encouraging when he declared, “You are not to be apprehensive or troubled about your future. The One that both you and I serve sent me to assure you that He will always be with you even unto the end of the age.” With those words, this mysterious visitor did exactly as the two who had come before him. He abruptly left without allowing me an opportunity to question or say anything to him. By now, I had become quite use to how these seemingly other worldly men would make their entry and departure.

Forever
For a few minutes after my encounter with the last stranger, I was unable to go back to sleep as I sat musing over all that I had experienced with the three strangers who all showed up at midnight. This was something that was so weird that I could not begin to comprehend it. However, I felt within me that the Lord had sent these angelic beings (as I now begin to refer to them) and that there was another one who would knock at my door real soon. True to what I sensed, there came a knock at my door. When I came to the foyer, there stood a fourth stranger more radiant and splendid than the others. He had supernaturally and miraculously entered without the door being opened. Somehow, I knew that he was superior to the others and would be the final midnight visitor. Before we could exit the foyer, he said, “I am Forever and have come from the King of Kings and Lord of Lords to give you a glimpse of what will be eternally yours because you accepted Jesus Christ into your heart. The bad things that you are experiencing now cannot begin to compare with what is awaiting you when this very brief life that you are living in your natural body is over.” When he had finished his mission, he exited out of the closed door as miraculously as he had entered. Spellbound by all that had transpired, especially by the fourth and final stranger, I was able to go back to bed. Before I dozed off to sleep, I looked at my old alarm clock and it was now working with all the hands moving as they routinely did. It was now 12:02 a.m. I was convinced that the Lord had done another wonder by making time stand still for when I looked at my cell phone, it and my alarm clock had the same, identical time.

END_OF_DOCUMENT_TOKEN_TO_BE_REPLACED 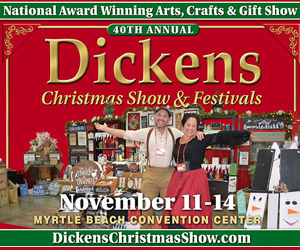 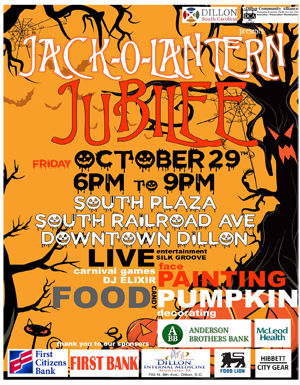