The Yellow Jessamine Garden Club met on Tuesday, March 5, 2019 at 6:30 p.m. at the residence of Mildred Mishue. Twelve members were present. The vivid spring floral arrangement called “Angelic Delivery” was such a beautiful sight! 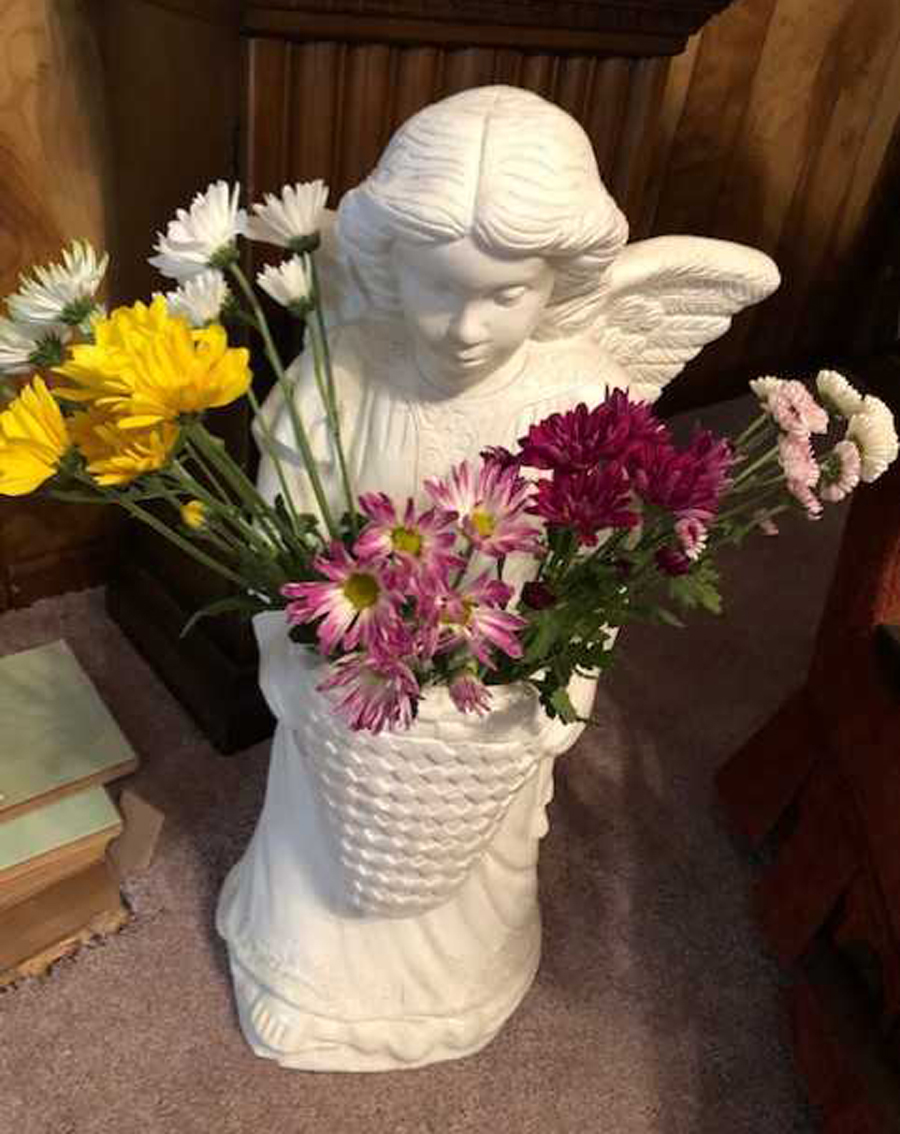 The March meeting began as President Ricks welcomed all members and acknowledged Mildred Mishue as the hostess. The members then recited the creed. President Ricks gave the blessing upon the food as all members partook in the refreshments.
After the refreshments, Melissa Moody requested roll call by the naming of flowers that bother allergies. Several examples mentioned were daisies, goldenrod, sunflowers and wisteria.
The reading of the minutes was given by Melissa Moody, and they stood approved as read.
Next, Frances Tyler gave the treasurer’s report and stated that the funding for the Five Star Honor Club was mailed. The Five Star Honor Club participating projects are Camp Wildwood/Youth Symposium, The South Carolina Gardener, South Carolina Memorial Gardens, Garden Club of South Carolina Headquarters and Blue Star Memorial Markers.
Several prospects were revealed by Larue Bracey as potential new members. The club will be sending a letter to invite them to join.
Projects and Litter Chairman, Mary Ricks, set up a work day on Monday, April 18 to spread mulch, weed, and rake at J.P. Camp Park and Harmon Park.
Publicity Chairman, Melissa Moody, told the club that the meetings have been placed in The Dillon Herald. She also handed out the monthly newsletter “The Twining Vine,” which included several birthdays for March. Terry Hayes and Mildred Mishue both celebrated their birthdays this month.
In addition, Melissa read the horticulture report in which she spoke on the flowers that cause our allergies to flare and the reasons why these flowers, plants and shrubs trigger allergic reactions.
There was no report on Ways and Means at this time, and Chairman Mildred Mishue notified all members of the meeting.
Bird Chairman, Frances Tyler, stated that it is very important to place bird feeders in proper locations.
At least three feet from a window or heavily traveled area is an ideal place for a birdfeeder.
Take special precautions and place it high enough that predators cannot reach it.
Program leader, Mildred Mishue, gave her program on “Gardening with Allergies.” She spoke on the worst and best flowers, shrubs, and grasses for allergies. Some of the worst were cypress, chrysanthemums, chamomile, cedar and ash.
Some of the more suitable greenery are begonias, daffodils, and roses. Some flowers produce little to no pollen while others produce pollen in certain plant species. By planting female plants, this will decrease the pollen. There were also several engaging facts about male and female plants. (GCSC Objective: Promote civic beauty and advance horticulture)
After the interesting program, President Ricks mentioned that Harmon Park looked very nice with the new mulch placed in the beds by the City of Dillon. The YJGC is very grateful and thankful for their hard work.
Eleven ladies plan to attend the Coastal District meeting on Thursday, March 14, 2019 at Wild Wing Plantation in Conway, SC. “Hats off to Gardeners” is the theme for this meeting. A special presentation on birds of prey and a flight demonstration will be the main attractions for the day.
She also gave information from the GCSC State Convention about the 89th meeting in the breathtaking lowcountry of Beaufort; the theme of this year is entitled “Come to Beautiful Beaufort by the Bay.”
The convention date the club plans to attend will be Saturday, April 13 at the stunning Tabby Place at The Beaufort Inn, Beaufort, SC. The itinerary for the day consists of a memorial service, awards presentation,
Installation of officers and honored guest speaker Nancy Hargroves, President of National Garden Clubs, Inc. Several members are making plans to visit.
The door prize brought by Judy Wyman was won by Melissa Moody.
It was a beautiful cedar birdhouse with a cute garden flag. The meeting was then adjourned.
The next meeting will be held on Tuesday, April 2, 2019 at the home of Mary Ricks. The meeting presentation will be to learn about hummingbirds from Melissa Moody and the installation of new officers.
The Yellow Jessamine is a National Garden Clubs, Inc., South Atlantic Region of National Council, The Garden Club of South Carolina Inc., and the Coastal District of the Garden Club of South Carolina.