By Johnnerlyn Johnson
Rev. Doris B. Smith, Pastor of St. Mark Baptist Church in Bennettsville, SC, was recently elected as Moderator of the Berea Association of Marlboro and Dillon Counties, in South Carolina and Robeson County, in North Carolina, making her the first female to lead the association in its 135-year history.
The Berea Association, which consists of 29 churches in Marlboro, Dillon, and Robeson Counties, is under the umbrella of the Baptist Educational and Missionary Convention of South Carolina. 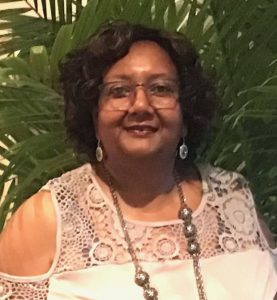 Upon learning of her recent appointment as both Moderator and as having made history as the first woman Moderator, Pastor Smith said, “Being elected as the first woman Moderator in the 135-year history of the Berea Association is a mighty move of God. I believe that God has anointed and appointed me to lead the members of the Berea Missionary Baptist Association to higher heights and deeper depths in Him for such a time as this.”
Serving a five-year term, the primary goal of Moderator Rev. Doris B. Smith, and her administration, is to equip and empower the people of God to live now and in the future.
Regarding Pastor Smith’s recent election, the South Carolina Baptist E&M Convention President, Dr. Donald Greene, shared, “We thank God for the opportunity to witness His work in the life of Pastor Doris Smith who is the newly-elected Moderator of the Berea Association. We know that all associations have their challenges in reference to and with respect to gender, but I’m excited for the Berea for going beyond and giving life a forward look. Picking a woman to lead an Association is a very, very, very powerful signal not only to send across the state of South Carolina but to send across the United States. A lot of Black Baptist churches have not subscribed to female leadership, but whether we want to receive it or not, it’s on the way. We are looking forward to seeing her leadership, her skill, her originality, her gifts, her abilities… It’s on full display now, and I can’t wait to see.”
As a long-time community coordinator, an employee of Agape Hospice, and as a minister for more than 30 years who has always had compassion for people, Moderator Pastor Doris B. Smith and her administration will continue to forge community partnerships. Pastor Smith stated, “The Berea Association will continue to serve God by serving His people and partnering with community agencies as we minister holistically in the communities we serve.”
Rev. Doris B. Smith and her husband, Deacon Spencer Smith, Sr., reside in Bennettsville, SC. They have four children, seven grandchildren, and two great-grandchildren.