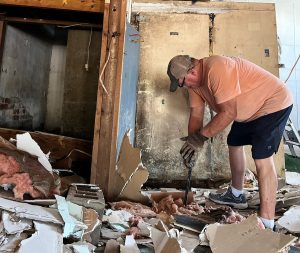 By Betsy Finklea
Lisa Moody, City of Dillon Downtown Coordinator, reported on what has been going on in downtown Dillon at the Dillon City Council’s meeting recently.
Moody said work is going on at Todd Davis’ building, the Price building on the corner. She says there is a lot of work going on such as pouring the concrete on the floor and other improvements to get the space rented. She is hoping something will go in that building pretty quickly.
Meredith and Daniel Coleman purchased the building at 115 West Main Street. It has kind of gone stagnant for a while. They met with an engineer in April, and they have been waiting and waiting on the plans from them so they could submit them to code enforcement for review. They have gotten nothing from them whatsoever. On August 2nd, Moody said they told her they had contacted a new engineer to get the plans to get the building up to code. She said they are anxious to get moving on this.
Robbie Owens purchased the building at 210 West Main Street, the former Dillon District Four Adult Education building. He is waiting for them to move out so he can start any improvements. The actual building has two addresses. Someone could rent the entire building and sub-let the other space or use it for something else.
Stephanie and Benjamin Mitchell’s building at 221 East Main Street, the former Gigi and Doc’s, has had multiple inquiries, but nothing is yet under lease at this point.
The Johnson Building at 109 Railroad Avenue is under contract with the Dillon Community Alliance, but they have not been given a closing date at this point.
The McLaurin Law Office at 111 N. Railroad Avenue has been purchased by Corey Jackson. Jackson is also in the middle of the Petal Pusher remodel at 117 N. Railroad Avenue. It is being gutted. He is going to turn that into a special event venue. She said it will be a very nice addition. Once the Petal Pusher is updated, Jackson will begin interior demo on the McLaurin Law Office building to bring it up to code. There is some talk of a business going in there pretty soon, Moody said, so that’s exciting. The one in between the two buildings Jackson purchased was recently condemned for multiple reasons including homeless people living inside, partially a collapsing roof and other collapsing walls, etc. She said there is some interest in purchasing the condemned building, but at this point it has just been condemned.
Bristol’s on Main has also closed, and Moody has not been able to get any information as to what may be going into that building. 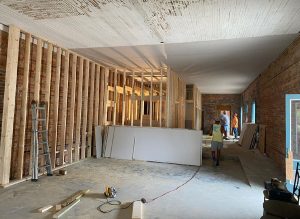 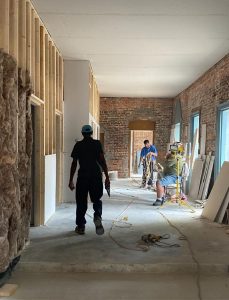