I was only 30 minutes away from embarking upon a journey to a hospital in the Queen City of Charlotte, North Carolina when the news came that there was no need in me coming. I was getting ready to go see my oldest sibling and brother who had suffered a stroke and was in a coma. Two things that were on my list of priorities once I arrived back from my trip to Ghana: to see my first grandson, who was born while I was away and my brother, who was in the hospital. Receiving the news of his passing immediately got me to reminiscing about the many experiences I had shared with him and the very impact and influence he had on me ever since I was born.
David Nathaniel Goings (Big One) was the first born of my father and mother’s ten children of eight boys and two sisters. Being the oldest, he was the one my parents would leave in charge when neither of them were there. Big One was right at six years older than me. He was a second father and elder brother merged into one. As the senior sibling, he was the second cook in the family (behind my mother) who knew how to make biscuits from scratch. He would discipline and even whip us when we got out of line when my parents were not at home. Of the experiences I most remember about Big One when I was growing up was when my mother would bring cookies and candy home and distribute them evenly to each of us. Big One would come to some of us who were much younger than him with his goodies hidden in one hand behind his back and the other hand open reaching out and begging for us to share ours with him. For a while, he was able to fool me, and I would share my candy and cookies with him until I got wise to his trick. My oldest brother was a very special person who cast a huge shadow and set a high standard for everyone coming after him to follow. In school, he was a great student who graduated in the top 10 percent of the Gordon High School senior class of 1965. He was a three-sport letterman who started on the varsity teams (football, basketball and baseball) and was a part of the state championship in baseball in 1960 as an eighth grader. Big One was the only male in his class to attend college and graduate. He earned a Bachelor of Science in Mathematics from Savannah State University. I attribute many of the achievements and successes in my life (to a great degree) to the impact and influence of my recently deceased brother. I believe that I am speaking for my other brothers when I say that their respect and regard toward the Big One’s impact and influence over their lives were equal to mine. In many areas, he was not only the first born and elder brother, but he was also truly a special person who set the bar high and served as a primary role model for all of the Goings siblings to follow. Farewell, Big One! May your memory be a blessing to each of us as we occasionally stroll down memory lane. 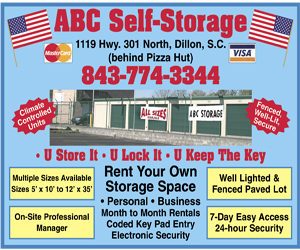