By Betsy Finklea
A bond hearing was held on Monday at General Sessions Court for Leon Sellers, Jr., who is charged with murder and attempted murder in the death of Keijuan Marquez Fore in March. 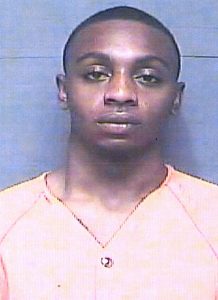 Detective Jason Turner gave the facts of the case. He said that Sellers was one of four individuals charged in the case. 35 shell casings were found at the scene. A home was shot up in the incident and Turner said they were fortunate that it was not a mass casualty. Turner said there are confessions from two of the four suspects in the vehicle. It was stated that Sellers was not the shooter, but appeared to be a part of a “conspiracy” to create the whole event.
It was noted that Sellers was out on bond for an attempted murder when this occurred.
The victim’s mother said that she didn’t understand how they did this to her baby. She said they were supposed to be friends. She said whatever went on that night could have been prevented. She said she didn’t think that Sellers should get out on bond. The victim’s father also spoke.
The defense attorney for Sellers said he had been in jail since March 8th. He said that he was a lifelong resident of Dillon County, and he could live with his mother in Dillon if he was allowed bond.
Assistant Solicitor Shipp Daniel said that an aunt of the victim expressed to him that the family was scared of what might happen if Sellers did get out.
The judge denied bond stating that Sellers was already on bond when this incident occurred and he was concerned about the safety of the community.