By Betsy Finklea
City of Dillon residents will see a 10 percent increase in sanitation fees starting this month as part of the 2022-2023 city budget.
This would amount to about a $2.70 increase per month for city residents. The schedule of fees is shown with this article.
The City of Dillon held a public hearing and the final reading of their budget on June 30, 2022.
The total General Fund budget is $6,384,368. The Water and Sewer Fund budget is $4,132.274. The property tax millage for July 1, 2002 through June 30, 2023 is established at 101 mills for the General Fund.
Mayor Pro-Tem Phil Wallace asked if there was anyone with any comments for the public hearing. Stephanie Mitchell of the Dillon Community Alliance inquired about the American Rescue Plan (ARP) funding. She said they talked about setting aside $200,000 to reinvest in the city’s Main Street area and an additional $200,000 to do the visitor’s center. Wallace said that $125,000 was set aside for the visitor’s center.
Mitchell said that they were receiving a $1.25 million grant from the state, and it had a notation about money to refurbish the visitor’s center. She said her question is with that money being in the state money can they roll that $125,000 of the ARP money back into the Main Street area.
Wallace said they had to come up with a schedule of ideas of what to do with the money. He said yes, there may be some transfer money. He said there are some projects that they are not fully funding that they may need to use this money.
Wagner said this money had to be obligated by December 2024 and spent by 2026.
Mitchell said when she wrote the grant it says it has to be administered as it was written for every project on there. One item is the trees. Another is changing the traffic pattern on Main Street. One of the specifics was to refurbish the visitor’s center. She said it can’t be used any other way so to please consider using that money in the Main Street area.
Councilman Johnny Eller said he had a question. “You wrote a grant?” I did, Mitchell said. He asked if the city was going to get the money for the grant. Mitchell said that City Manager Glen Wagner could explain this. Wagner said they did one for $1.1 million for recreation and the golf course as well.
Wagner said it was his understanding the money would not be received until October. Both will come to the city and council will allocate it.
Eller said the next time Mitchell came to council to find out how much the county was going to give her because he didn’t think this council wanted to give the DCA some money until they knew whether the county was going to give the DCA some money.
Eller said if the DCA was going to get $200,000 in ARP money from the city then the county should give $200,000.
Mitchell said the DCA did make a request from the county, but they were waiting to see what the city was going to do. He said she knew what that had allocated so that she could take that back to the county. She said she would do this.
The city council unanimously approved a motion to adopt the municipal budget. Motion was made by Councilman Eller and seconded by Councilman Jay David.
The sanitation rates were then discussed. Wallace said he believed there was an increase. Wagner said it was 10 percent. He said it would cost a residential customer roughly $2.70 cents each month per resident—this is about $32 more per year. This also unanimously passed upon a motion by Councilman Eller and a second by Councilman Douglas Jackson.
They also passed a budget for the American Rescue Plan funds. Motion was made by Councilman Jay David and seconded by Councilman Douglas Jackson.
Eller asked how much the sanitation increase was going to generate. Wagner said $150,000. Wagner said there were fees where this money would be absorbed such as fuel costs, health insurance costs, and if the county goes up on the landfill fees 18 percent, this would be an additional $50,000. Eller said he wanted this put on the record.
The next issue was the purchase of a mini excavator. It was budgeted in the 2021-2022 budget. They also applied for a USDA grant to pay 51 percent of the cost. He said they bought about a $90,000 mini excavator, but will get back $48,700 back from the USDA in the grant; however, they had to pass a resolution. They got reimbursed for a portion of it. Council approved the resolution.
A resolution authorizing the purchase of a work truck for public utilities. Wagner said they bought a work truck for approximately $25,000 and were getting back $12,600. He said it was the same type of thing, Council approved the resolution.
The council also passed a resolution and agreement to use Kenneth Cobb and Company, PC. This is a three-year agreement. It was about a $2,000 increase over the past agreement. This also passed unanimously.
The selection of a design-build contractor for the old First Bank building for the police department and for the building behind it for the visitors center. Gilbert Construction was chosen.
The council went into an executive session. 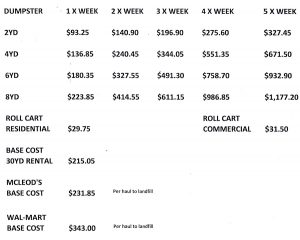