By Betsy Finklea
The co-defendant in the December 12, 2019 murder of J.W. Bailey pled guilty on Monday in General Sessions Court in front of Judge Paul Burch. 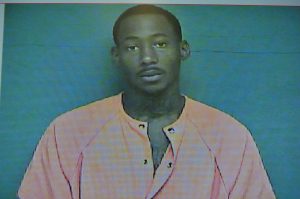 William Mason was sentenced in a negotiated plea to 35 years. He will get credit for the 905 days that he has already been incarcerated. He will not be housed at the same location as his co-defendant Joshua Manning, who is currently serving a life sentence at Lee Correctional Center.
Assistant Solicitor Shipp Daniel told The Herald that under South Carolina law, Mason will have to serve every day of this sentence. He also noted that under South Carolina law, life means life.
Mason was considered a key witness in the case against Manning, who was sentenced to life in prison after a jury found him guilty in March.
Judge Burch reviewed all of the legalities with Mason making sure that he understood his rights before making the plea and that it was free and voluntarily made.
Assistant Solicitor Daniel spoke the circumstances of what happened that night during the hearing. He said Mason and Manning, masked and armed, entered the store, went up to the cash register, and attacked, robbed, shot, and killed J.W. Bailey, the store owner.
Daniel said without Mason’s testimony, they probably would not have convicted Manning and Mason’s testimony helped them secure the conviction.
He said while Mason was part of the events that led to Bailey’s death that they had to reward his cooperation. This is why they came there with a negotiated sentence of 35 years.
Nathan Scales, Mason’s attorney, said that Mason was 23-years-old and had a ninth grade education. Scales said he had been representing Mason since 2013 on other matters and that generally he was not a violent person. Scales said Mason never had the chance that most kids have, and he has always been “a hustler” trying to make his own way. Scales said Mason understands that this is totally unacceptable.
Thirty-five years “was a tough pill to swallow” for Mason, Scales said, as he would be away for years from his family and siblings.
Scales said this entire crime might have been unsolved without William Mason, who Scales said “had been failed by the system.” He asked that the court accept the negotiated plea.
Mason then spoke offering comments to the family of J.W. Bailey. His son, Keith Bailey, daughter, Shannon Bailey Berry, and son-in-law, Ryan Berry, were present.
Mason said they didn’t intend to kill Bailey, but that things just went that way when they got in the store. He said he hoped that they could find it in their hearts one day to forgive him.
Keith Bailey then spoke. He said William Mason and Joshua Manning walked one-half mile to the store where they killed his father in 22 seconds discharging their guns six times. Bailey, a firefighter and rescue squad member, responded to the call and saw his father there in the store, which he had operated for decades, laying on the floor dead.
He said had his father been given the choice to get three meals a day and have a social life while in a cell, he certainly would have taken that, but he was given no such choice.
“This is accountability, not justice,” Bailey said. Bailey said you never know what this does to a family until it is one of your family members.
He told the judge to do what he could to bring accountability to Mason.
Shannon Bailey Berry said, “There is no punishment here on this earth that will be good enough for these boys.” Ryan Berry also spoke about that the family had been through stating that J.W. Bailey had served his life as a servant to the community.
Judge Burch said he understood where all three of the family members were coming fro. Judge Burch said that Bailey was a highly respected individual in Dillon, and it was a true shock to the community what happened.
Judge Burch explained that with a negotiated sentence that he could only accept or reject the plea. He told them if any of them wanted him to reject the plea that he would, but they agreed to move forward.
Judge Burch accepted the plea. He told Mason that he knew his future looked mighty bleak, but that he take part in things in prison such as vocational programs and not get in further trouble while in prison and still have time in life to make amends and be a better person. After issuing the sentence, he noted that any notice of appeal would have to be filed within 10 days.
Daniel told The Herald after the plea, “With Mason’s plea today, we close the case on this awful tragedy, but for the Bailey family, this will never end. I’m thankful Mason testified for us against his co-defendant, Joshua Manning, but Mason still committed murder, so we addressed that with today’s 35-year sentence. Due to his cooperation, he will at least have a chance at freedom one day, unlike Mr. Manning.”
*
Past articles regarding this incident can be found online at www.thedillonherald.com.