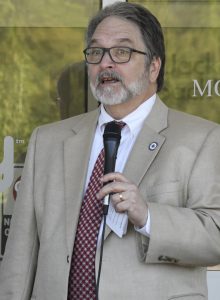 Donny Brock, Executive Director, welcomed those in attendance. He said that Trinity has been offering alcohol and drug abuse services under various names in Dillon County since 1973. The new 7,600 square foot facility will be able to treat well over 1,000 patients annually. They currently serve between 750-800 per year. He recognized his current employees and staff and past employees who have worked for the agency over the years.
Johnnie Luehrs, Executive Director of the Dillon County Chamber of Commerce, called Trinity a true Dillon County partner who haa stayed true to its mission and made positive change in the community. 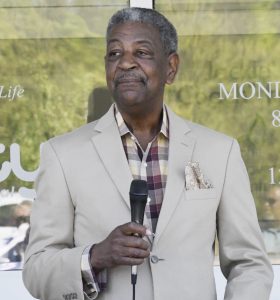 James McRae, Dillon Board Chairman for Trinity Behavioral Care, said it had long been a vision of his for Trinity to get a new facility. He shared their mission statement which is “Our mission is to help prevent and reduce the impact of drug abuse and addiction in Marion, Dillon, and Marlboro counties on the quality of life through the implementation of effective, efficient, meaningful, quality primary prevention, intervention and treatment services.” He introduced the board and recognized Victoria Belin, the Marion Board Chairman for Trinity Behavioral Care. 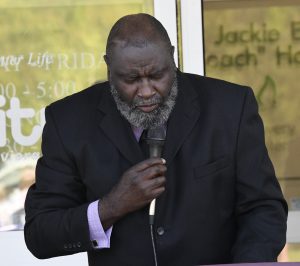 Bishop-Elect Robert Roundtree of Miracle Temple Family Fellowship gave the opening prayer.
Brock continued his comments thanking FW Architects and FBi Construction, who worked on the design and construction of the facility. He talked about the integrated medical care that they offer in cooperation with CareSouth Carolina for a state-of-the-art opiate treatment program. He also spoke about how the county has given day-in and day-out support to Trinity. 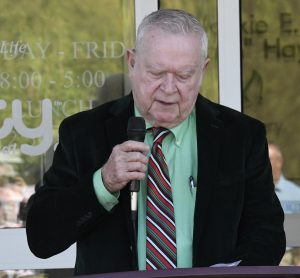 Dillon County Council Chairman T.F. “Buzzy” Finklea, Jr., said Trinity Behavioral Care provides vital care to those who have drug and alcohol problems, and he felt this new facility would just enhance the services they provide the community. He commended Rep. Jackie Hayes for securing the funding for this facility.
Sara Goldsby, Director of the S.C. Department of Alcohol and Other Drug Abuse Services, said this beautiful, modern healthcare facility is a place of “hope” and “healing.” She said it is a place where one can walk through the doors with dignity and get help. Goldsby said the people deserve this.
Rep. Jackie Hayes was then presented with the Behavioral Health Services Association Legislator of the Year award. Brock stated that Hayes had received a unanimous vote for the award. 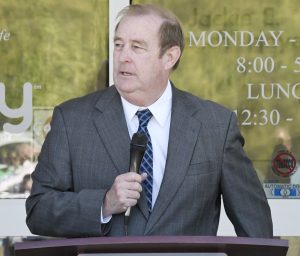 Hayes then offered remarks. He called Senator Kent Williams and Rep. Lucas Atkinson to the podium and said this was a group effort. He said he is very humbled, appreciative, and thankful and said this facility is much-needed. Hayes thanked Brock and his staff for making this a reality and said there were many people who need this type of service. “We’ve come a long way,” said Hayes, who noted that his being on the Ways and Means Committee had created opportunities that the county has not had before.
Judge James E. Lockemy was also recognized by Brock for his support. 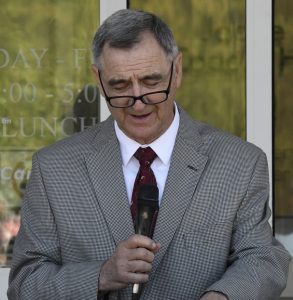 Rev. Michael Rouse of Latta United Methodist Church gave the dedication prayer, saying this was an important ministry for the community.

After the dedication prayer, the ribbon on the facility was cut, and those in attendance had an opportunity to tour the facility. 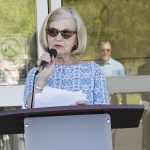 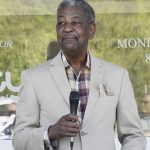 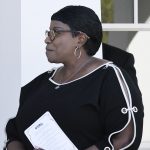 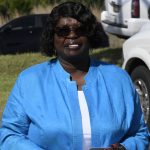 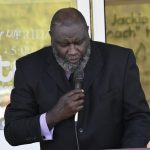 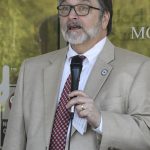 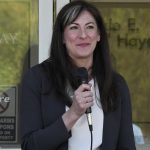 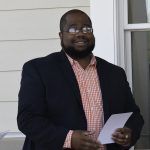 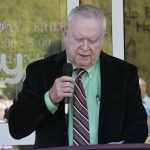 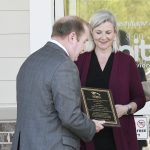 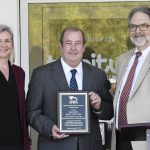 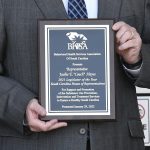 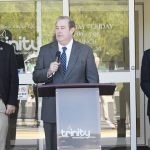 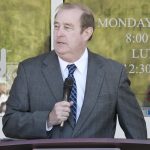 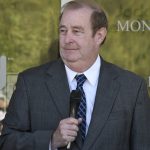 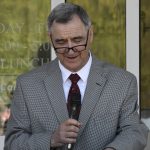 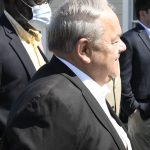 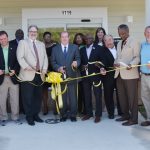