By Betsy Finklea
The groundbreaking for Firehouse Subs was held on Friday, February 18th.
The restaurant will be located on Enterprise Road, directly behind Murphy’s gas station and across from Dollar Tree.
Mike Ziegler, lead of the development team, said they expect to have the building completed and the business open in six to seven months. The restaurant will have a drive-thru.
Eckerd Construction is building the restaurant. Ziegler and his partner, Kip Killmon, expressed that they were very thankful for everyone they had worked with at the City of Dillon saying it was a very welcoming process compared to some other locations.
Mayor Pro-Tem Phil Wallace thanked them for choosing Dillon and said Dillon was a “hungry community.” He said the traffic coming off I-95 should be a tremendous boost to the business, and he expects great local support.
After a groundbreaking with the golden shovels, those in attendance got to enjoy Firehouse Subs.
The remainder was sent to the fire department for the firefighters to enjoy.

PHOTO GALLERY
Photos by Johnnie Daniels/The Dillon Herald
Click once to bring a photo into a single screen and then again to enlarge. 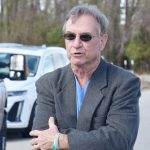 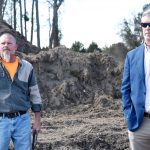 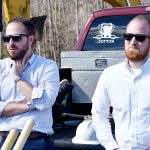 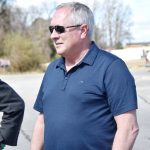 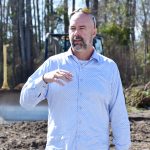