The Yellow Jessamine Garden Club met on Tuesday, November 5, 2019 at 6:30 p.m. at the stately home of Frances Tyler. 11 members were present. 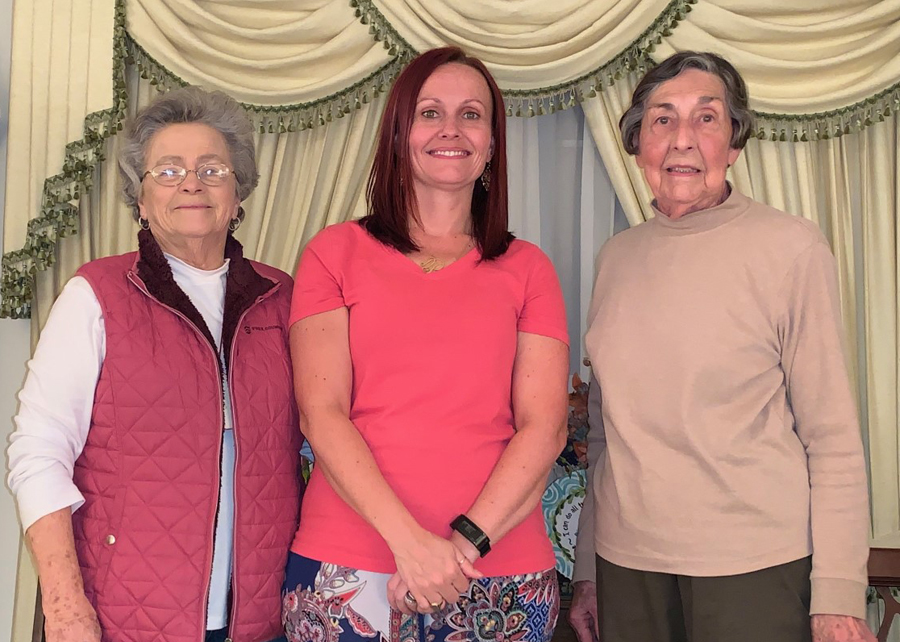 The meeting began as President Melissa Moody welcomed all members and thanked hostess Frances Tyler for opening her home to The Yellow Jessamine Garden Club.
All members stood and recited the pledge to the Garden Club of South Carolina flag and mission statement.
Chaplain Cathy McDaniel presented the devotion from “Our Daily Bread” and blessed the refreshments. 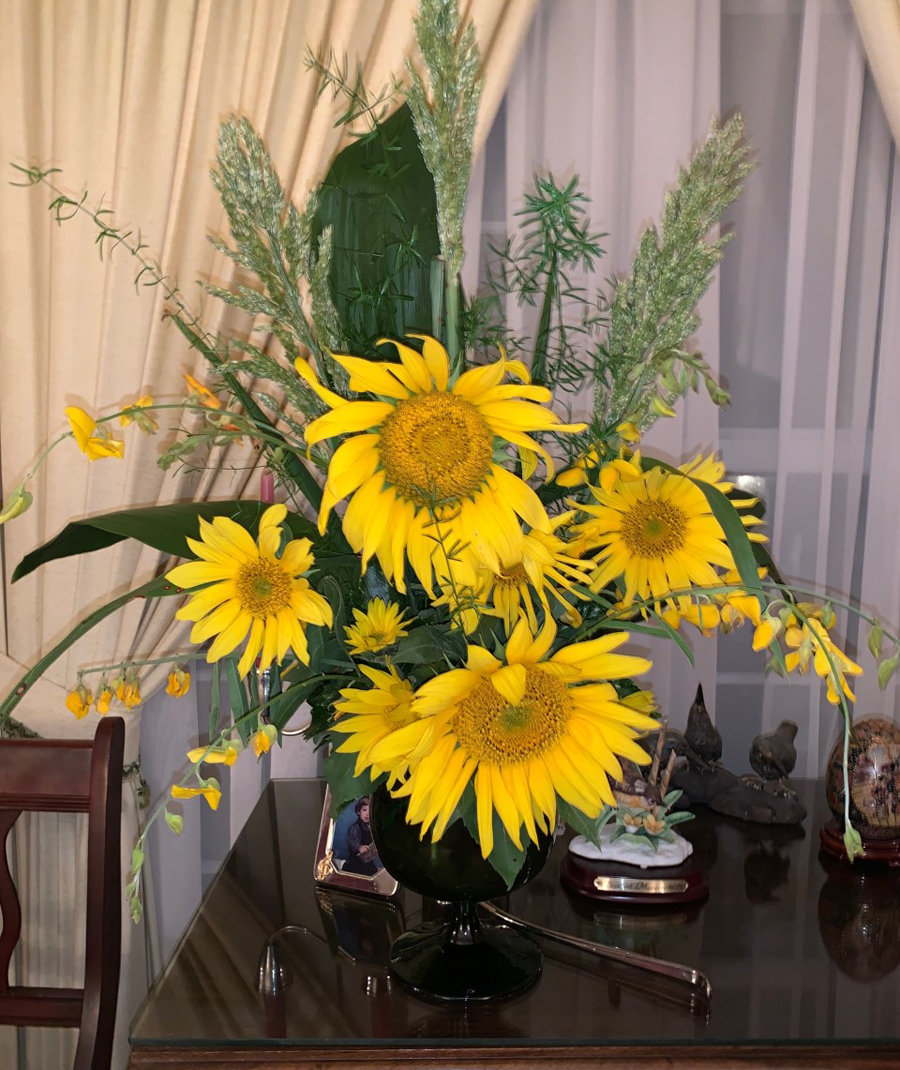 The pimento cheese sandwiches, sausage balls, cheese wafers, and brownies were delectable. After snacks, President Moody gave the roll call by the answering of “How do sunflowers make you feel?” 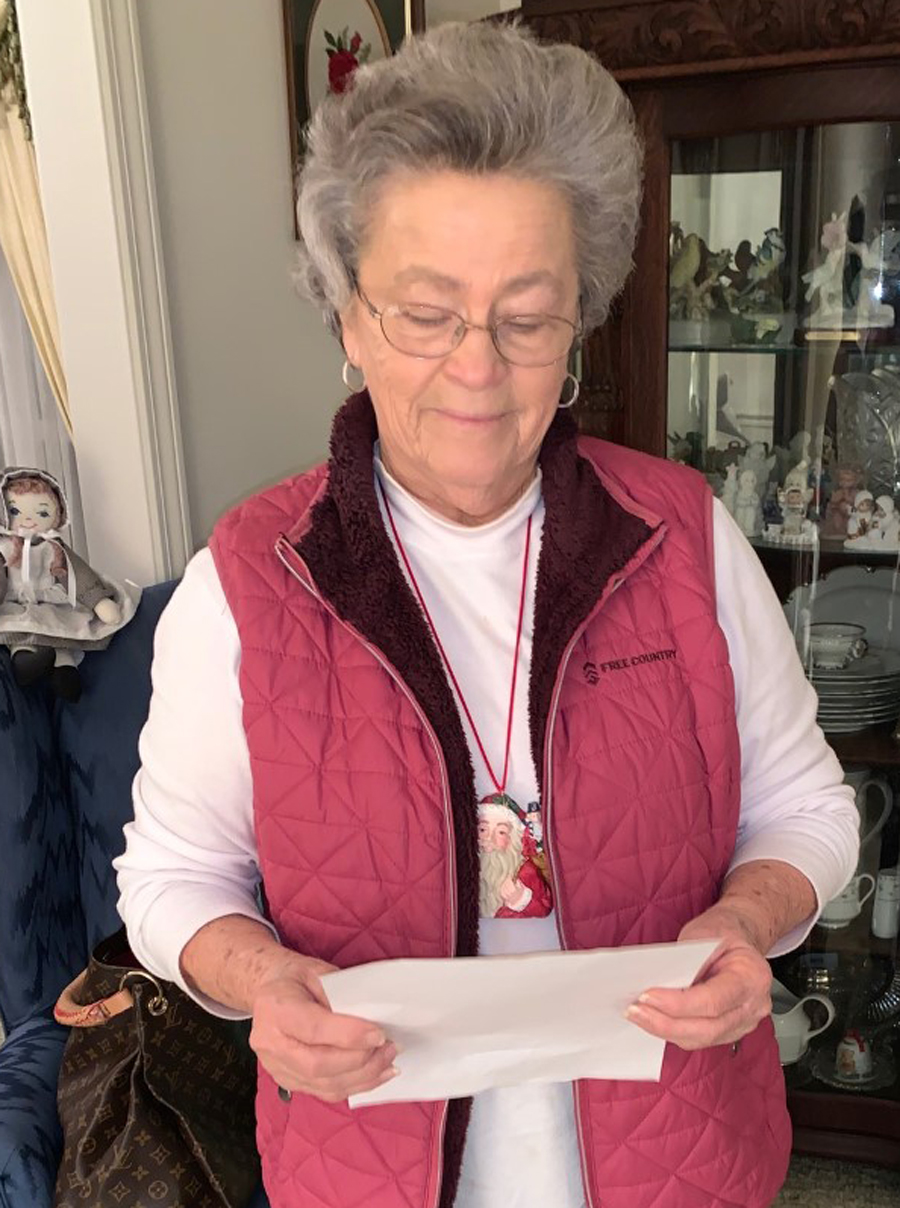 President Elect Mildred Mishue then presented the educational program on “Sunflowers.” Sunflowers (Botanical name; Helianthus) are heat tolerant, resistant to pests, and absolutely beautiful. This large bright daisy-like flower has bright yellow petals and brown centers that form into heavy heads filled with seeds. Sunflowers are annual and heliotropic, which means they turn their flowers to follow the movement of the Sun. They make excellent cut flowers for arrangements and bouquets. Bees and birds are attracted to them, as well. Sunflowers love full sun and there are several different varieties and colors. At the end of the season, the seeds may be harvested to eat or for replanting. One ounce of seed contains 6 grams of protein and 14 grams of oils. The oil is high in linoleic (flax) acid and is a good source of vitamin E, which is great for the skin. It may also be used as cooking oil, cosmetics, margarine and animal feed. There are several other interesting facts about sunflowers:
1. Every sunflower has thousands of tiny flowers.
2. Sunflowers are native to the Americas and established around 1000 BC.
3. The word for sunflower is “tournesol”, which means “turns with the sun.” It is from the French.
4. The tallest sunflower was over 30 feet tall.
5. Sunflowers have been planted in the past to soak up nuclear radiation.
The sunflower is a beauty to see and also a beneficial multiuse flower.
After the factual program, Glenda, membership chairman, presented a new member, Danyell Page to the Yellow Jessamine Garden Club.
Projects and Litter Chairman, Mary Ricks, stated that several members replaced the pine straw at J.P. Camp Roadside Park. Publicity & Horticulture Chairman, Melissa Moody, stated that the meetings were the The Dillon Herald and awards are being finished to send in. She also read the Horticulture Moments that coincided with the sunflower program by Mildred Mishue.
Ways and Means Chairman, Mildred Mishue, informed the club of Holiday Goodness at City of Dillon Wellness Center, upcoming on November 16, 2019. She also reminded the members to bring baked goods that total $100.
The bird report and flower reports were spoken.
Theresa Hamilton, Correspondence Chairman, mentioned that all calls were made and texts had been sent.
Frances Tyler read the treasurer’s report and pennies for pollinators were gathered.
New business discussed was participating in the Dillon Christmas Parade on Thursday, December 5 and our December meeting will be held at B & C Steakhouse on Monday, December 2, 2019 at 6:30 p,m.
No unfinished/old business at this time.
The door prize was won by new member Danyell Page. A birdfeeder and a beautiful mum was the prize. Again, the new member, Danyell Page, and hostess Frances Tyler were graciously thanked. The meeting was then adjourned.
The Yellow Jessamine Garden Club of Dillon will meet on December 2, 2019 at 6:30 pm at B& C Steakhouse for their Christmas party.
The Yellow Jessamine Garden Club is a member of the National Garden Clubs, Inc., South Atlantic Region, The Garden Club of South Carolina, Inc., and the Coastal District of The Garden Club of South Carolina.