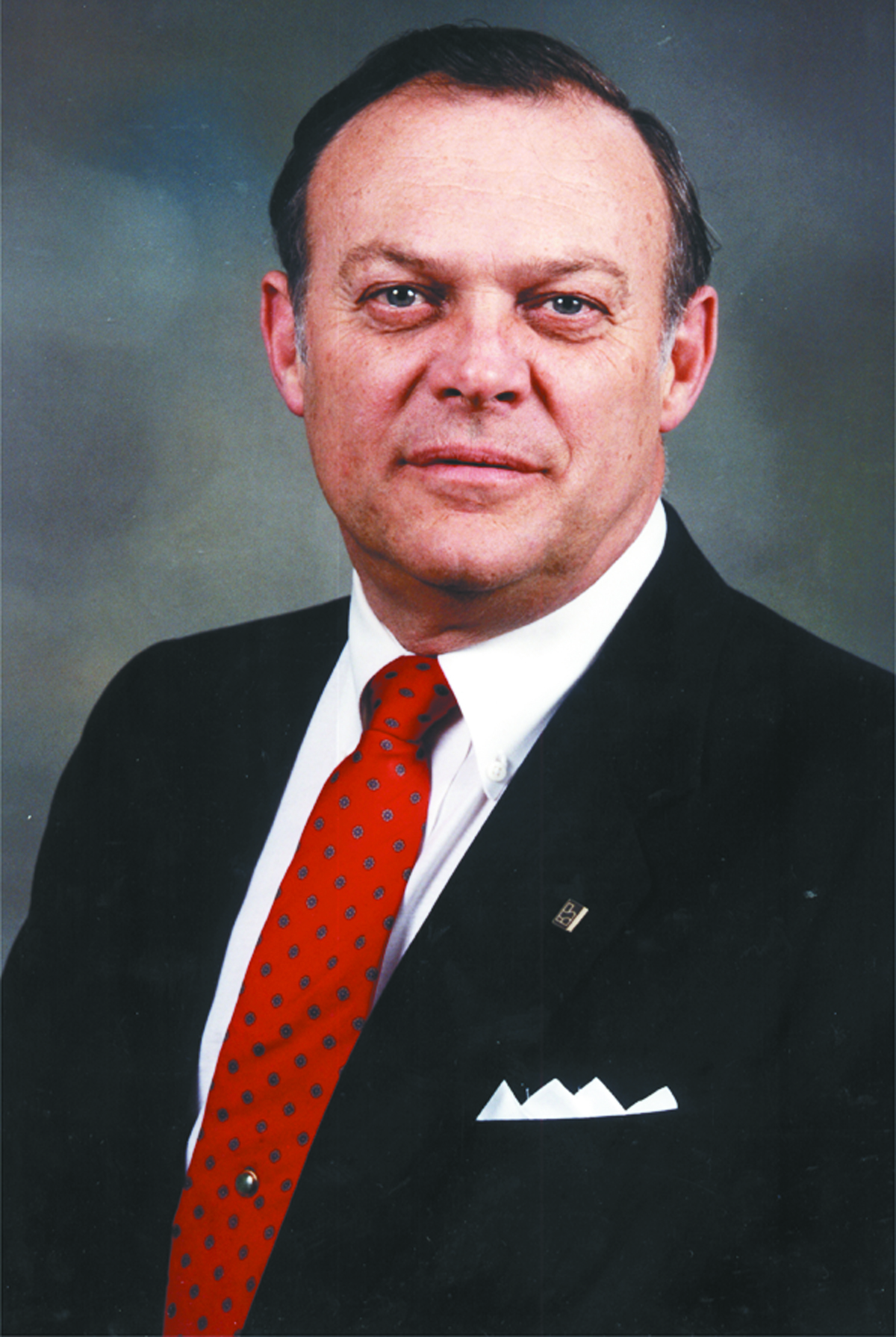 DILLON – Arthur Buist Jordan, III, age 85, of Dillon, S.C., passed away peacefully Friday, December 13, 2019, surrounded by family at his home.
Mr. Jordan was born, reared, and lived most of his life in the Dillon community. He met who would become his best friend and life-long buddy, Nancy Carleene Myers, at age 6, while attending a friend’s birthday party.
Mr. Jordan was active in scouting and was one of the first in Dillon County to receive the distinction of Eagle Scout in 1948. He was a graduate of Dillon High School and The Citadel in Charleston, South Carolina. While a cadet at The Citadel, he was an active member of the Yacht Club, received the Outstanding Cadet award, and graduated with distinguished military honors in the class of 1956.
Mr. Jordan served as a First Lieutenant in the U.S. Army Guided Missiles-North American Air Defense command for several years before returning to Dillon to continue a family business. He received numerous awards while serving in different capacities of the armed forces. He was active in the South Carolina National Guard in the 263rd Armor Battalion until the early 70s. His love of boating and sport fishing led him to pursue a Coast Guard Captain’s license in 1974. He was an avid sportsman, hunter, and fisherman. Mr. and Mrs. Jordan’s love of history and travel took them through all fifty U.S. states, ten Canadian provinces, and four continents.
Mr. Jordan continued in his grandfather and father’s tradition of being an active member of the local community while building the family business. In 1959, he began to expand the Herald Group from twelve employees and one location to over 200 employees with numerous locations throughout North and South Carolina. He was president of Herald Publishing Company, Herald Multiforms, The Dillon Herald, Herald Office Systems, and ABC Self-Storage. Under his leadership, the Herald Group was listed as one of the top 100 privately-owned businesses in South Carolina.
Mr. Jordan was a lifetime member of the Main Street United Methodist Church where he served on various boards. He enjoyed many years as an active member in The Minturn Cultural Society and was a former member of the Lions Club. He served on the local board for Saint Eugene Community Hospital and the advisory boards for South Carolina National Bank, Wachovia, and First Citizens Bank. Mr. Jordan served on the board of the City of Dillon Planning and Zoning Commission and was chairman of the Mark Clark Development for Tomorrow Campaign for The Citadel. He is a life member of the Association of Citadel Men. In 2015, Mr. Jordan was honored to be Dillon County Citizen of the Year.
Mr. Jordan was preceded in death by his parents, Thelma Cooper and Arthur Buist Jordan, Jr., and an infant brother. He is survived by the love of his life, Carleene Myers Jordan, of the home. In addition to his wife of 63 years, he is survived by his four children: a daughter, Darleene Jordan Martin (Don) of Greenville, SC; sons, Arthur Buist Jordan, IV (Elizabeth), Thomas Myers Jordan (Ellen), and Lawrence Cooper Jordan (Angela), all of Dillon; twelve grandchildren: Kelley Lathan McWhirter (Tully) of London, England, Edwin Corbett Lathan of Greenville, SC, Patricia Jordan Fast (Brian) Florence, SC, Arthur Buist Jordan, V (Meghan) of Florence, SC, Courtney Jordan Hillman (Chris) of Johnson City, Tenn., Thomas Myers Jordan, Jr. (Emily) of Dillon, Edwin Hunter Jordan (Reagan) of Dillon, Madison James Jordan (Maddie) of Dillon, Abby Jordan Shanis (Omar) of Peachtree Corners, Ga., Lawrence Cooper Jordan Jr. of Dillon, James Dawson Jordan (Gisella) of Effingham, SC, Olivia Jordan Sanders (Jesse) of Concord, NC.; twelve great-grandchildren: Lachlan Buist McWhirter and Vesta Moselle McWhirter of London, England; Anna Parsons Fast (Little Bug), Henry Lanning Fast, and Elizabeth James Fast of Florence; Molly Elizabeth Jordan of Florence; Maximos Anders Hillman and Brooks Thomas Hillman of Johnson City, Tenn.; Macy Beck Jordan and Edwin Hunter Jordan, Jr. of Dillon; Essam George Shanis, Peachtree Corners, Ga.; and Eli Matthew Sanders of Concord, NC.
Mr. Jordan worked tirelessly around the Dillon County Community to promote growth and stimulate the local businesses. His anonymous support touched many individuals throughout the state. He quietly provided assistance to many in need of food, jobs, or educational opportunities. Affectionately known as Papa, he will be remembered for the remarkable examples of marriage and love for his family. His strong work ethic, Christian values, and love of country will be forever cherished by those he knew and loved. His life philosophy was “Work Together, Pray Together, Kiss your wife four times every night, and Tell your children you love them every day.”
Funeral services will be held Monday, December 16, 2019, at 2:00 p.m. at Main Street United Methodist Church in Dillon. Visitation will be held prior to the service from 12:30 to 1:30 p.m. at the church in Asbury Hall. Committal services will follow at Greenlawn Cemetery, Dillon. In lieu of flowers, the family requests memorials be sent to Main Street United Methodist Church, c/o the Methodist Men, P.O. Box 229, Dillon, S.C. 29536; The Citadel, c/o The Jordan Family Scholarship, 171 Moultrie Street, Charleston, S.C. 29409; or The Dillon County Humane Society, 4160 Glasdrum Drive, Little Rock, S.C. 29567. Kannaday Funeral Home in Dillon is assisting the family.
You may sign the online guest book at www.kannadayfuneralhome.com.

When people laugh at Mickey Mouse, it's because he's so human; and that is the secret of his popularity.
Walt Disney
All generalizations are false, including this one.
Mark Twain
+81
°
F
H: +81°
L: +58°
Dillon
See 7-Day Forecast