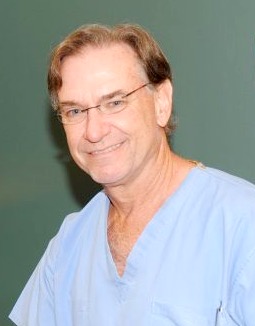 The motion was made by Councilman Douglas Jackson, seconded by Councilman James “Bobie” Washington. The vote was unanimous.
He will assume the responsibilities of the mayor while the new mayor Corey Jackson is on suspension due to legal issues.
Dr. Wallace is the senior member on council having served nearly 25 years. He first joined council in 1995 and his current term on council expires in 2021. During his tenure, he has served under three mayors Craig Stephens, Sally Huggins, and Todd Davis.
While on city council, he has been instrumental in the building and development of the City Of Dillon Wellness Center and is a supporter of the City of Dillon Municipal Golf Course among many other things where he has taken a leadership role. He has focused on improving the quality of life for Dillon citizens.
In 1984, Dr. Wallace established his practice, Dillon Internal Medicine, PA, and joined the medical staff of then Saint Eugene Community Hospital, which is now known as McLeod Health Dillon. He has served on numerous hospital and medical staff committees and has been the Dillon High School Wildcats football team physician since 1984.
Dr. Wallace is an active member of Main Street United Methodist Church, where he is very involved with the Main Street United Methodist Men, who are known in the community for building handicapped ramps, providing holiday boxes to the less fortunate, and for their annual golf tournament which supports a local charity.
Dr. Wallace and his wife, Linda, have three children–Dr. Nicholas Wallace, Jennifer Wallace Easterling, and Dr. Kelley Wallace Jacobs–and several grandchildren.

There are no shortcuts to any place worth going.
Beverly Sills
Some people say they feel very small when they think about space. I felt more expansive, very connected to the universe.
Mae Jemison
+81
°
F
H: +81°
L: +58°
Dillon
See 7-Day Forecast