This group placed American Flags on the graves of veterans throughout various cemeteries in Dillon. They are shown placing flags on the graves of our deceased veterans at Evergreen Mausoleum on Saturday, May 18, for Memorial Day in honor of their service. in the left photo. Pictured are left to right: Terry Hayes, Collin Hamilton, C.J. Bailey, Priscilla Rourke, Levern Hayes, and Madison Bailey. In the right photo, are (kneeling) Priscilla Rourke, Madison Bailey, and Collin Hamilton; and standing are C.J. Bailey, Terry Hayes, and Mildred Mishue at Riverside Cemetery. Not pictured at Riverside, but assisting, were Asa and Frances McDuffie, Milton and Patricia Brumbles, and Terry and Janice Morris. Not pictured, but assisting at Greenlawn Cemetery were Jordan Mew, Dylan Windham, Zachary Wilkes, Matthew Clewis, Knox Jackson, Avery Hewitt, and Charlie Nash Collins. (Wall photo by Johnnie Daniels/The Dillon Herald and other photo is Contributed) 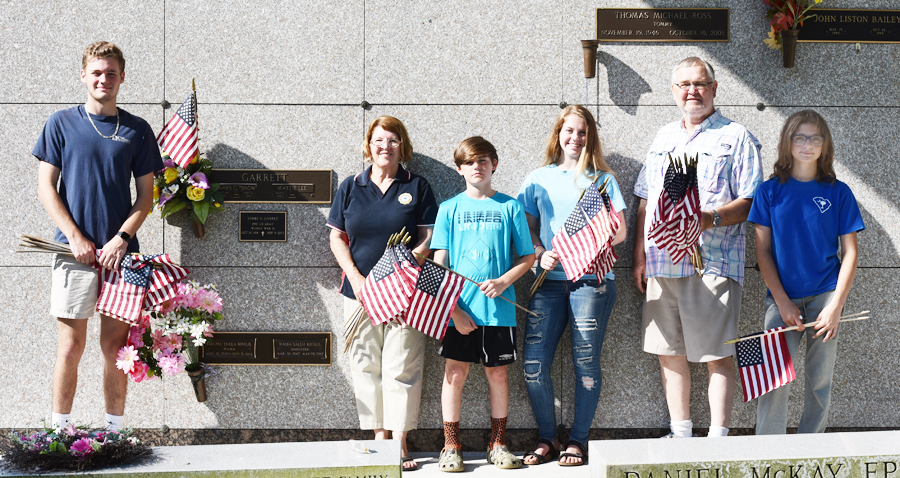 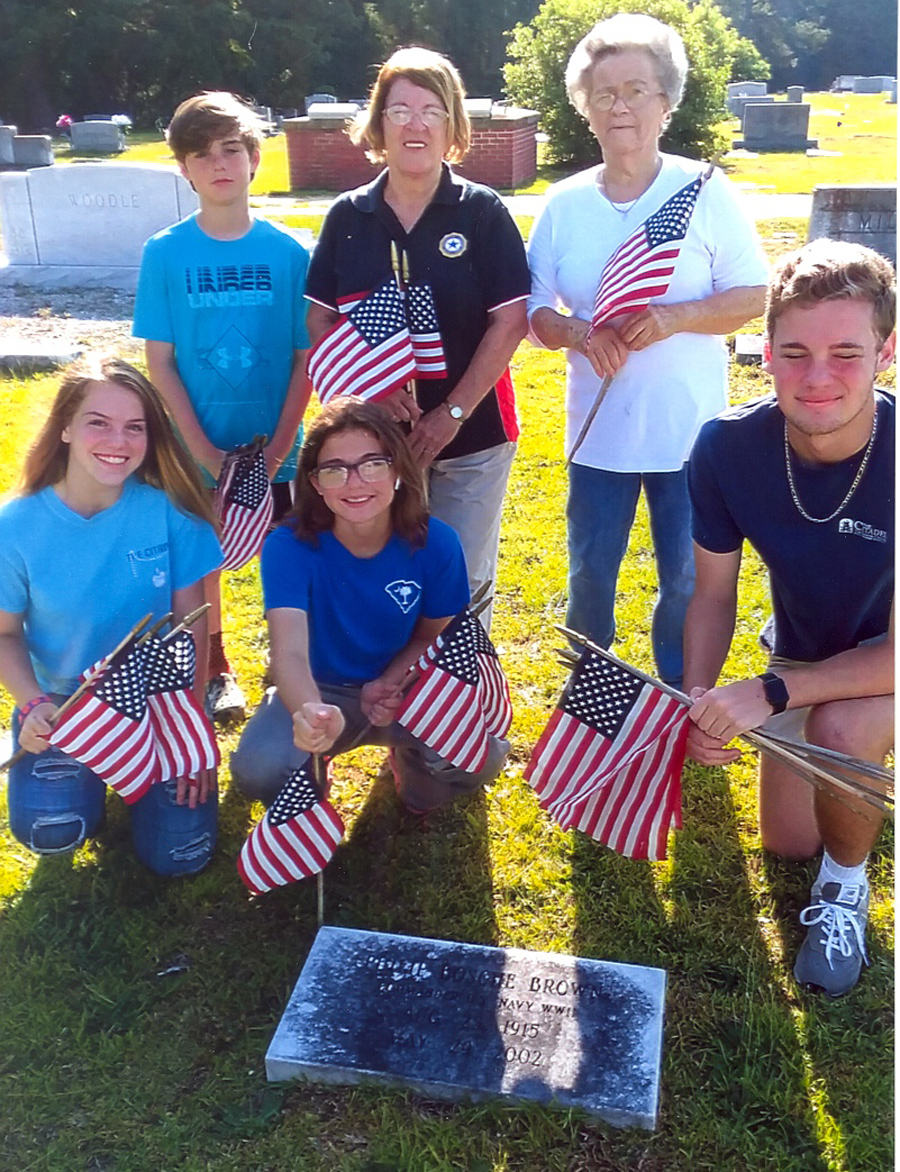 A truly rich man is one whose children run into his arms when his hands are empty.
Unknown
The church is a hospital for sinners, not a museum for saints.
Abigail Van Buren
+81
°
F
H: +81°
L: +58°
Dillon
See 7-Day Forecast