By Craig Brown
For the first time in 13 years a new president stood at the podium and welcomed all guests to the Dillon County Tomato Growers Club annual banquet and award ceremonies.
Ronnie Bracey took the helm replacing the legendary Tom Rowland as president and put together an outstanding program. The event is held annually at the Dillon Wellness Center. Tom continued to give advice that new president Bracey welcomed.
A record 35 contestants signed up for this year’s event with each inviting guest to the banquet.
Over 100 people dined on various homegrown vegetables and delicious homemade desserts prepared by contestants and guests, and yes, there were fresh tomatoes to enjoy.
Derrick Graves prepared a large pot of pork and rice. No one ever leaves the tomato banquet hungry.
This year a new attraction was added. Jackie Lockamy, Jr. entertained the guests with some great songs and even composed a light-hearted song about growing tomatoes especially for the growers bringing laughter to the event.
After the meal, President Bracey gave a special award to Tom Rowland for serving as president for 13 years and making the event what it is today.
In fact, two names will always standout when people talk about the Dillon County Tomato Contest, Tom Rowland and James Berry, Jr.
To say that this contest is competitive would be an understatement. The recent elections take a back seat for these contestants. No political office ranks as high as winning the tomato contest as far as some contestants are concerned.
Before the awards were presented, President Bracey gave thanks to several local businesses and individuals that contributed funds and special prizes to be given out as door prizes at the banquet.
Dillon County Clemson Extension Agent, Grady Sampson judged the contest this year with the assistance of television personalities from the SCETV program, Making it Grow. Agent Sampson assisted President Bracey giving out door prizes and later announced the placement of the contestants.
After what seemed like an endless number of door prizes were given out it was now time to announce this year’s best of the best.
In the youth division: fourth place went to Ja’ Asia McRae; third place, Haley Lewis; second place, Ronnie Bracey, Jr.; and first place went to Triston Smith.
Fifteen adults placed with 15th going to Autrey Moody, 14th James L. Alford, 13th Dick McKenzie, 12th Sarah Rogers, 11th Digger Thompson, 10th Pam Sullivan, 9th Teresa Brown, 8th Bobby Howle, 7th Tom Rowland, 6th Willie Davis, 5th William Rowell, 4th Jackie Lockamy, Jr., 3rd John Brumble, 2nd Henry Brunson and this year’s winner not only worked tirelessly on his tomatoes but also in making the event a great success. President Ronnie Bracey picked up his second title in four years.
President Bracey also thanked the City of Dillon for the use of the dining area of the Wellness Center.
Many contestants who have done well in the past did not have a good crop this year as this may have been a bad year for tomatoes but some did manage some outstanding plants.
I have come to understand that judging tomatoes is like judging a beauty contest. The view of one judge or group of judges will not be the same, and a winner in one contest may be judged differently in the next.
The Dillon County Tomato Growers Club is unique and to my knowledge the only one in the Carolinas. The Hardee’s Coffee Drinkers Association refers to the contestants as “Mater Heads”.
If you love to grow tomatoes and enjoy the company of those that do, you, too, can become a “Mater Head”. To seek entry for next year’s contest, contact Clemson Extension Agent, Grady Sampson, Ronnie Bracey, or Tom Rowland, and they will gladly give you information about this club. 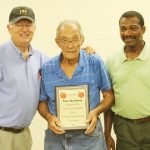 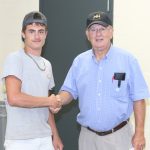 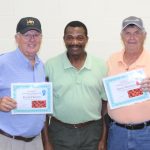 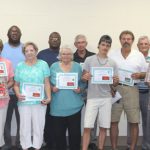 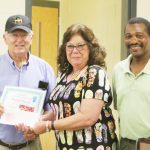 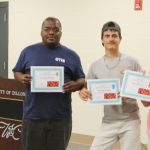 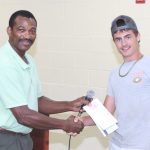 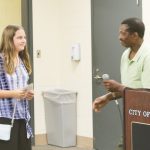 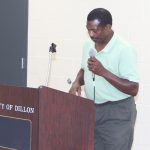 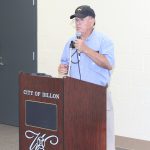 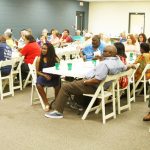 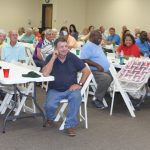 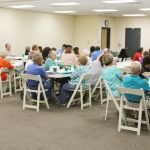 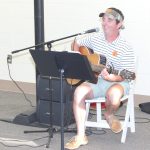 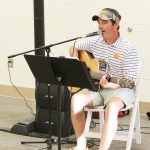 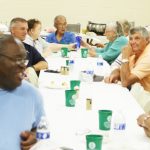 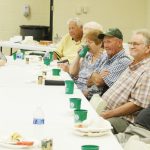 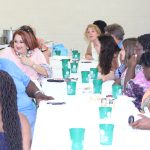 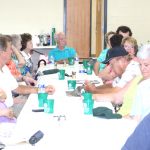