By Betsy Finklea
Wynde Edwards, who is the MDT (Multidisciplinary Team) Volunteer and Development Coordinator for the Elizabeth Pettigrew Durant Children’s Center, a division of the Pee Dee Coalition against Domestic and Sexual Assault, spoke to the Latta Rotary Club recently.
April is Sexual Assault Awareness and Child Abuse Prevention Month.
She said sexual assault and child abuse are important topics that often get swept under the rug.
Edwards said that the Durant Center is one of 17 child advocacy centers in South Carolina. The Pee Dee Coalition is a non-profit, volunteer agency dedicated and committed to the reduction of sexual assault, family violence, child abuse, and the needs of victims.
Edwards said one cannot hear the stories of these victims and not be affected, but she said these victims don’t need tears, they need strength.
Child abuse and sexual assault have lasting effects.
Edwards told the story of a young lady who was just starting out in life and had gotten a job and an apartment. She said the young lady befriended another woman, who turned out to be a drug addict. The woman came to the young lady’s apartment and said she needed to borrow something. The boyfriend of this woman came with her. The couple brutally raped this young lady and tied her up and put her in a closet. A law enforcement officer who lived in another apartment kept hearing a knocking sound over and over. It was the young lady knocking her head against the wall trying to get help. She had been there for days brutally raped.
The young lady tried to go on with her life. She went through counseling. Nothing could get this out of her head. Five years later, she killed herself.
Edwards noted that 73 percent of all sexual assaults are by a person the victim knows.
She then told a person story about a young lady that her daughter had befriended in North Carolina. The young lady’s parents had split up. She had grandparents she loved to be with and who she wanted to live with, but was in the custody of her mother, who would spend weeks and months away. She was left by herself much of the time. A neighbor had been watching her and knew her mother was gone. On New Year’s Eve, the young lady was brutally raped and murdered.
These are just two of the many stories of sexual assault.
Edwards said change always starts with one person. She said what affects the child and family affects the community also. She asked that everyone be a voice for these people.
For more information, visit www.peedeecoalition.org. 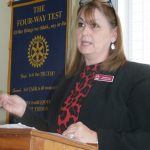 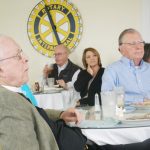 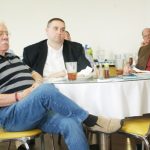 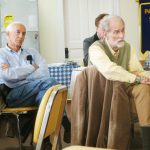 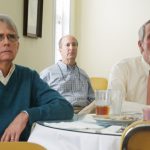 No man should marry until he has studied anatomy and dissected at least one woman.
Honore de Balzac
It is easy to hate and it is difficult to love. This is how the whole scheme of things works. All good things are difficult to achieve; and bad things are very easy to get.
Confucius
+81
°
F
H: +81°
L: +58°
Dillon
See 7-Day Forecast