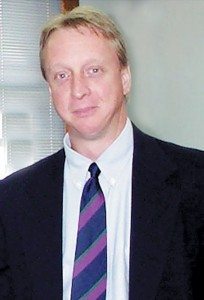 Dear Editor:
By now about everyone knows that Clay Young has signed a new 30 month contract to serve as Dillon County Administrator. I have heard many comments about this, some good and a few not so good. From my perspective I believe this has the possibility of being very good for Dillon County.
When Dillon County was formed, it was governed by a senator, a house of representatives member and locally by a board of commissioners. The senator and house member were elected county wide and the commissioners were elected by the voters in each township. The real local power was with the senator as he determined the budget. When the US Supreme Court issued its one man vote ruling the state had to change the way the Senate and House Members were elected. Previously we had 46 senators with one senator coming from each county. So Dillon County with only about 30 thousand people had the same senatorial power as did Richland County with several hundred thousand people. The result of the Supreme Court ruling was that South Carolina was then divided into 46 Senatorial Districts. The smaller counties were lumped together to get enough people to constitute a district. Therefore many counties ended up without a senator. Remember that the senator had the
power of the budget. Counties without a senator were very unhappy with an outsider having control of its budget. In the early 70s, the SC Legislature passed the Home Rule Act. Counties were given the option of selecting from 5 forms of local government. The local governing body would thereafter be in control of the budget and local affairs (or at least that was the theory). By a referendum held in 1974 Dillon County voted for the Council Administrator form of government. The county was divided into 7 council districts, each having approximately an equal number of people. This form was initiated in 1976 with the election of the first Dillon County Council. In theory Council would pass local rules and the budget. The administrator would then see that the rules were carried out and that the budgeted money was properly spent. Elected officials such as the Clerk of Court, Sheriff, Treasurer, Auditor, Probate Judge and Coroner were still in charge
of their departments. Also those officials such as magistrates, who are appointed by the governor, are in charge of their offices. All other county offices come under the administrator. However the County Council still sets the budget for all offices.
The administrator is hired by the County Council and generally works at the pleasure of the council although most choose to get a contract for one or more years. This provides some degree of independence for the administrator although the contracts are usually for rather short periods. I believe our longest contract has been 30 months. In order for the administrator to keep his job he has to cater to the council. Administrators are county employees and are members of the South Carolina Retirement System. They need 28 years of service in order to draw full retirement benefits. Therefore administrators (and I don’t blame them for this) like to stay on the job for 28 years for full retirement benefits. Therefore they sometimes cater to individual council members in order to keep their jobs.
I say all this to get back to the point as to why I believe the hiring of Clay Young can be very good for Dillon County. I believe Clay is the most knowledgeable administrator we have had in the field of government finances. Clay has a master’s degree and has taught finance at the college level. He knows how things work. It is through is past efforts that Dillon County is in good financial shape. In addition Clay has 26 years in the state retirement system and only needs two more to be able to draw full retirement benefits. His contract is for 30 months. This means that even if the council fires him, they will have to pay him for enough time to where he qualifies for retirement. To me this means that he doesn’t have to do “special” favors for any one council member in order to get in his 28 years. He has an opportunity to finally run Dillon county the way it is supposed to be run. The Council (as a body and not individually) makes the
rules and the administrator carries them out. He doesn’t have to hire a councilman’s relative. He can hire the most qualified applicant. He can discipline a fireman who is not at his station when a fire call comes in. He doesn’t have to work someone’s drive. He doesn’t have to take in a road that doesn’t meet the county’s requirements. In short he doesn’t have to listen to individual council members. Only when they meet at a public meeting and a majority vote, does he have to act. What a unique position we are in. Clay is the person who can change our image as the laughing stock of the state and give us some degree of respect.
Welcome back Clay (and the entire family).
Charles E. Curry
Dillon, SC