I find myself shaking my head in disdain and disgust at the sight of many young African-American men walking around with their pants hanging down around their butts. 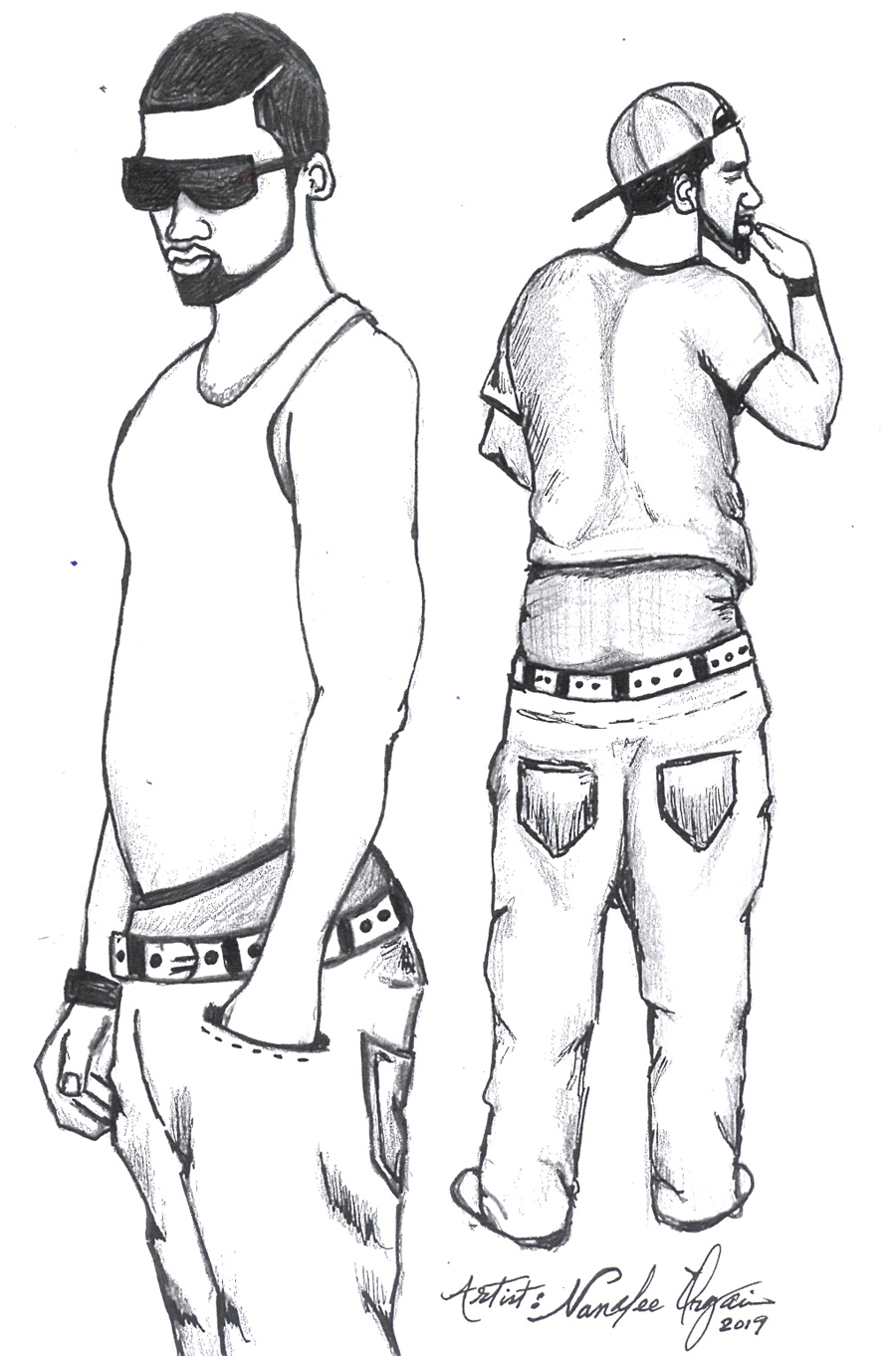 This is a clear and present social phenomenon, which is growing in numbers and influence, that has lured many young African-American males into being willing participants in promoting a style that had its origin in prison.
Many years ago, while I was ministering at one of the state’s penal institutions, some of the inmates told me and my team to be sure to tell the young men in our church and community where the style of drooping or sagging pants originated.
To the ignorance of most of the young men, who have chosen to wear their pants hanging down often below their buttocks, this was the way that many of the “wimpish” and effeminate convicts dressed to signify that they belonged to the harem of a dominate inmate who was homosexual.
I truly wonder if some of the young brothers knew for certain that they are imitating inmates in prison would they still wear their pants that way.
Can it be that many of these misguided and unfortunate young men do not care about the story behind the origin of the style that they boldly walk around wearing? Is there no shame to walk with their pants drooping halfway their exposed underwear? There was an instance when my son did not have on his belt when he was walking in our house. Consequently, his pants sagged almost to the middle of his buttocks. I quickly told him to lift up his pants because he did not want people to think that he was a former convict who had been a part of a harem. He got the message and put his belt on to secure his pants in the proper place around his waist.
The problem and reason why these young men are wearing their pants sagging is stemming from perhaps three sources. The first and maybe greatest reason must be attributed to a lack of having a positive father figure in their lives. I find it hard to believe that if there was a man in their lives, like a father, grandfather, uncle, or some strong male influence, that they would not be wearing sagging pants. I believe that one of my primary responsibilities as a father, pastor, and mentor is to teach the young males that I have dealings with how to be and behave themselves like men. I am in their lives to help them to grow into maturity and to teach them through edict and example what it means to be a real man. In addition, apart from teaching them work ethic, it is also my responsibility to teach them to honor adults, women, and other people and to be men with integrity. I have a responsibility to teach them to dress like men; and to impress upon them that the way they dress will cause others to either favor or frown at the sight of them. Why do you think that lawyers who represent criminals before judges and juries instruct them to wear suits and ties when they come before those who are going to mete out justice? Imagine, if you can, some of these young men coming into the court room or a job interview with drooping and sagging pants. The results would be disastrous for them. The next thing that is influencing far too many African American young men to wear their pants drooping halfway their rumps is their desire to be accepted by the guys they have chosen to hang out with. The old adage that states that if you hang out with dogs, you are going to get fleas is certainly to be considered in the case of the drooping and sagging pants. Finally, most of these young men actually believe that this absurd and obscene style is actually cool. They mistakenly believe that they are trend setters who are pioneering a whole new fad and way of dressing, when in reality they are imitating and promoting a style of dressing that originated in prison with effeminate and “wimpish” inmates who belong to a harem. Some of these beguiled and misguided young men believe that there are some young girls out there who are fascinated and attracted to them. Well, if that be the case, I surely feel for these pitiful, impressionable, and naïve young women who lack the wisdom and discernment to recognize a real man.
As much as I despise the drooping and sagging style of these young men, I believe that we must pray for them to come to themselves and lift up their pants to a decent and respectable level. What these misguided young men need is not for you and I to be loathsome toward them, but loving. Many of them have never known true love from anyone, but perhaps their mothers and grandmothers.
I will be the first to tell you that I am at the front of the line of those who hate how they wear their pants, but also in the same position of those who love and are praying for them. I welcome you to join me in both positions.