By Carley Wiggins
My heart has always gone out to folks who are always willing to help those who have suffered great loss perhaps to their homes or personal injuries that leave them unable to provide for their families. 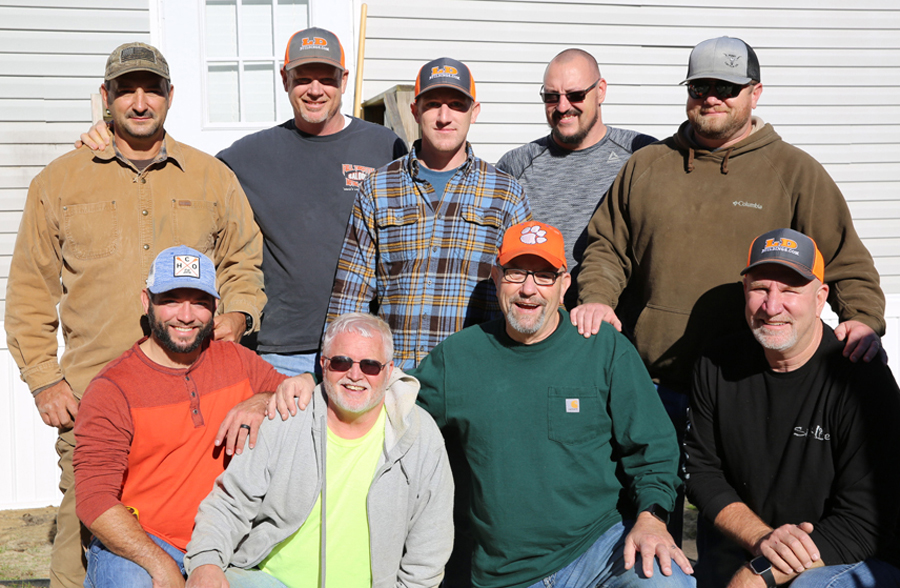 I am sure that about everybody knows about the devastation that many people have suffered from hurricanes and fires this year and in years to pass.
I have watched with great interest on television the danger that some will put themselves in to rescue a neighbor or maybe someone they don’t even know.
I learned just a few days ago about a team of men who were coming very near where we live to finish a job to a home they started a while back.
My wife and I went to see and talk to this group and get an idea of just what motivates them to help folks who have lost so much. These men came from Callahan, Florida.
A four and one-half hour drive, 325 miles from Dillon. They of course come at their own expense; the Pee Dee Baptist Association furnishes them a place to stay. They are all members of First Baptist Church in Callahan. There were nine men in this team, some young and some not so young. The pastor of this church is Lynn Hyatt, born and reared in the Little Rock Community. Pastor Hyatt has been at the Church for thirty-nine years. The team leader is a man named Mike Edwards. I found out by talking with Mr. Edwards that he was a man who loved people and most of all, his Lord. The team has been to Dillon County three times since Oct. 3, they have worked on twelve homes in Dillon County during that time. The plans were to finish this home several weeks ago, but the week they planned to return, Hurricane Michael devastated the Panhandle of Florida. They felt the greater need was there at the time. On Wednesday after Michael, the Team was in the Panhandle. Their aim is to have the folks who own the home they are currently working on back in before Christmas. I asked the men how long they had been helping people with loss such as this and they said the first was Katrina, since then, they have been to eight or ten Hurricane ravaged areas.
Keep in mind that the same men might not come each time; most are working people who have jobs. The men were thankful for the response they get from the community. Several Churches such as Beulah Baptist Church have fed the team many times. As we finished our conversation, and came back home, I could not help but to think that as much crime as we have today, there are still some very good people who serve the Lord in ways one might not think much about. Think about it.