There are at least two kinds of love, tender and tough.  Most of the time we employ the former; sometimes tough love is necessary.
The children in this “nuclear” family have all left home leaving now an extended  (‘sandwich’)  family consisting of the husband and wife now in their sixties and retired and one other permanent guest/relative, the wife’s father.  He is in his late eighties and widowed and nearly totally dependent on his remaining family for his care although he has for now generally been able to take care of his intimate personal needs; however he uses a walker to get about if at all.  He has had an occasional fall in the past. While he does have physical problems requiring the attention of his doctor and his caregivers, his daughter and son in law, his condition  will soon demand skilled care.  He does have a serious hearing problem which has a tendency to alienate him from most family interactions except when there is deliberate focus on him.   He is no ‘trouble’ and is mostly a passive member of the family seemingly deep in his own private thoughts rarely taking part in conversations.   To an outside observer, he appears to try to be an invisible presence.
Most of his life was spent in the low country, living with his wife and one daughter.  He was never what one would call an ‘activist’ but rather a quiet father of proud Italian descent and a loving husband who provided stability for his family by his being a great role model with strong religious values. Then this nuclear family ceased to be.
His daughter, a retired professional, now living far from her birthplace, out of necessity became the sole go-to person in their lives when the health of her mother required her to enter a health facility and as it happened, the facility was near where the daughter lived.  The mother succumbed to her illness leaving her husband alone and now in need of assistance.  What to do?  There were options.
Since the low country family owned its home, there was the possibility that the remaining member of the household could live independently, but this was not possible.  Then there were caregivers but because there was no one nearby to manage such an operation, this too was dismissed.  He was in good enough health that he could have gone to an assisted living facility but because of emotional issues, this too was not an option so what was left? The home of the daughter was now an ‘empty nest’ so the decision was made to invite this parent in need to move in with them.  It was not a decision without problems.
So what would you do in such circumstances?  Here was one who had sacrificed for you, had loved you and supported you throughout life.  Now he himself was in a life changing situation. If he became a member of the household, what problems would appear?  How would the family life style change?  What special needs must be addressed?  What must be done when the caregivers decide to leave the cares behind and take a deserved vacation?
And logically, the health issues are not going to improve.  When the time comes, what will the transition be and at what emotional cost?
Love never fails  … we are told.
Enter  ‘tough’ love.
*
Bill Lee, PO Box 128,
Hamer, SC 29547 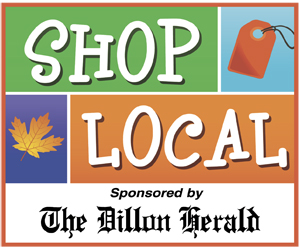