Federal Reserve Board Chairman Ben S. Bernanke spoke at the annual meeting of the Southern Legislative Conference of the Council of State Governments, Charleston, on August 2.
His topic was “Challenges for the Economy and State Governments.”
Here is his speech:
It is a pleasure to be able to address this conference of southern leaders and legislators. As some of you may know, I was raised only about 150 miles from here in Dillon, South Carolina, and remain connected to this area through family ties.
Our nation has endured a deep recession that in turn was triggered by the most severe financial crisis since the Great Depression. Today, the financial crisis appears to be mostly behind us, and the economy seems to have stabilized and is expanding again. But we have a considerable way to go to achieve a full recovery in our economy, and many Americans are still grappling with unemployment, foreclosure, and lost savings.
The recession–as all of you know too well–has also battered the budgets of state and local governments, primarily because tax revenues have declined sharply. Many states and localities continue to face difficulties in maintaining essential services and have significantly cut their programs and work forces. These cuts have imposed hardships in local jurisdictions around the country and are also part of the reason for the sluggishness of the national recovery.
Today, I will touch on current economic and financial conditions and then turn to some near-term and longer-term challenges–fiscal and otherwise–facing state governments.

The Economic Outlook
After a precipitous decline in late 2008 and early 2009, the U.S. economy stabilized in the middle of last year and is now expanding at a moderate pace. While the support to economic activity from stimulative fiscal policies and firms’ restocking of their inventories will diminish over time, rising demand from households and businesses should help sustain growth. In particular, in the household sector, growth in real consumer spending seems likely to pick up in coming quarters from its recent modest pace, supported by gains in income and improving credit conditions. In the business sector, investment in equipment and software has been increasing rapidly, in part as a result of the deferral of capital outlays during the downturn and the need of many businesses to replace aging equipment. At the same time, rising U.S. exports, reflecting the expansion of the global economy and the recovery of world trade, have helped foster growth in the U.S. manufacturing sector.
To be sure, notable restraints on the recovery persist. The housing market has remained weak, with the overhang of vacant or foreclosed houses weighing on home prices and new construction. Similarly, poor economic fundamentals and tight credit are holding back investment in nonresidential structures, such as office buildings, hotels, and shopping malls.
Importantly, the slow recovery in the labor market and the attendant uncertainty about job prospects are weighing on household confidence and spending. After two years of job losses, private payrolls expanded at an average of about 100,000 per month during the first half of this year, an improvement but still a pace insufficient to reduce the unemployment rate materially. In all likelihood, significant time will be required to restore the nearly 8-1/2 million jobs that were lost over 2008 and 2009. Moreover, nearly half of the unemployed have been out of work for longer than six months. Long-term unemployment not only imposes exceptional near-term hardships on workers and their families, it also erodes skills and may have long-lasting effects on workers’ employment and earnings prospects.
Financial conditions–though much improved since the depth of the financial crisis–have become somewhat less supportive of economic growth in recent months. Notably, concerns about the ability of Greece and a number of other euro-area countries to manage their sizable budget deficits and high levels of public debt roiled global financial markets in the spring, including our own. In response to these fiscal pressures, European leaders put in place a number of strong measures, including an assistance package for Greece and backstop financing for euro-area countries. And, recently, European banking supervisors released the results of comprehensive stress tests of their banks.1 On net, these measures appear to have reduced concerns in financial markets about European prospects.
Like financial conditions generally, the state of the U.S. banking system has also improved significantly since the worst of the crisis. Loss rates on most types of loans seem to be peaking, and, in the aggregate, bank capital ratios have risen to new highs. However, many banks continue to have a large volume of troubled loans, and bank lending standards remain tight. With credit demand weak and with banks writing down problem credits, bank loans outstanding have continued to decline. Small businesses, which depend importantly on bank credit, have been particularly hard hit by restrictive lending standards. At the Federal Reserve, we have been working to facilitate the flow of funds to creditworthy small businesses. Along with the other banking supervisors, we have emphasized to banks and examiners that lenders should do all they can to meet the needs of creditworthy borrowers, including small businesses.2 We also have conducted extensive training of our bank examiners, with the message that lending to viable small businesses is good for the safety and soundness of our banking system as well as for our economy. We will continue to monitor bank lending and to seek feedback from banks and borrowers.
Inflation has been low, with consumer prices rising at an average annual rate of about 1 percent in the first half of this year, and we anticipate it will remain subdued over the next couple of years.3 Slack in labor and product markets has damped wage and price pressures, and rapid productivity increases have helped firms control their production costs. Meanwhile, measures of expected inflation generally have remained stable.

Conclusion
Today I have highlighted the challenges that state legislators face, both in the South and in other regions. In the past few years, the weak economy has significantly reduced state and local government revenues, which in turn has forced difficult decisions on spending and taxes.
An improving economy should help, but state finances will remain under pressure for some time. In the longer term, like the federal government, state governments must respond to the aging of the population and the seemingly inexorable rise in health-care costs. These are daunting challenges indeed, but I believe we can find constructive ways to meet them, and I suspect that many of these solutions will be found at the state level.
Dealing with the fiscal challenges at all levels of government will be essential to ensuring that our resilient and dynamic economy delivers rising living standards to the citizens of your states and to our nation as a whole.

END_OF_DOCUMENT_TOKEN_TO_BE_REPLACED 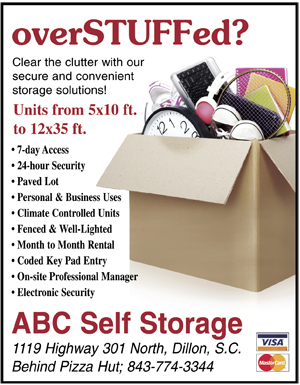