First, let us say that we are glad that Dillon County has hired a new economic development director. We wish him well and  hope that he will be bringing industry to Dillon County very soon. This editorial is in no way directed towards him or his qualifications. We are sure that he will work hard and will work in the best interests of our county.
However, the S.C. Department of Commerce is another story. The county had sought the Department of Commerce’s help in accepting resumes and interviewing candidates for the economic development position. On April 22, 2010, the Herald made a Freedom of Information Act request to the S.C. Department of Commerce asking for the top three candidates for the position of Dillon County Economic Development Director.
Under the S.C. Freedom of Information Act, The Dillon Herald and the citizens of Dillon County are entitled to this information.
On Monday, May 16th, we received a response in the mail from the Department of Commerce that there was only one top candidate for this position, incidentally the person who was hired, and no other top candidates.
Are we to believe that no other candidates were interviewed? That resumes were not narrowed down and some candidates judged better than others? That’s hogwash.
If the Department of Commerce is truly working for the people of Dillon County then, of course, this was done.
If it wasn’t, the Department of Commerce has been reckless and negligent in its duty to our county and should have withdrawn themselves from the process.
If more than three candidates were interviewed, they could easily rank the candidates in a top three order; however, it appears that the Department of Commerce would rather try to hide this information from the citizens and for what good purpose?
If the most qualified person for the job was hired, and we are sure that they would have not recommended anything less, then it should be no problem to provide this information.
It’s a common practice, and it shows that they are doing their business in the light and not in the dark when they provide this information. However, they have chosen to try to be coy and evasive in not providing a forthcoming response.
We responded back to the Department of Commerce on Monday morning saying that this response is not acceptable and that we expect better. We have offered to revise our request if necessary to get the information.
Shortly before press time, we received a response that “there were 32 applicants. Of the 32 applicants, seven people were interviewed, and of those seven, one was recommended by the Department of Commerce.”
While it does make one feel better to know that more than one candidate was interviewed, we still intend to make a revised request because the department has failed to comply with the spirit of the law. The citizens are entitled to know who ranked second and third in the interview process.
In a letter to S.C. public officials, Attorney General Henry McMaster has said the following in regards to FOIA requests: “The Freedom of Information Act (FOIA) was designed to give the public and the press access to the workings  of their government. Indeed, a representative democracy cannot function in secrecy. …We should not only follow the law literally, but should also adhere to its spirit by making  certain that we fulfill every legitimate FOIA request promptly and without inconvenience to those seeking  information.”
The Department of Commerce could take a lesson from that statement. 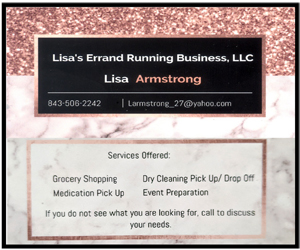 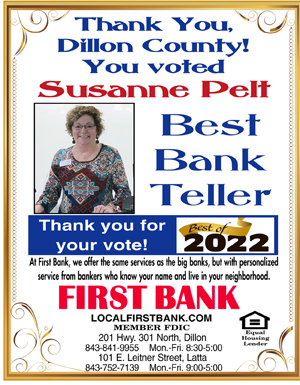