The Yellow Jessamine Garden Club met on Tuesday, April 2, 2019 at the beautiful residence of Mary Ricks. 12 members were present. 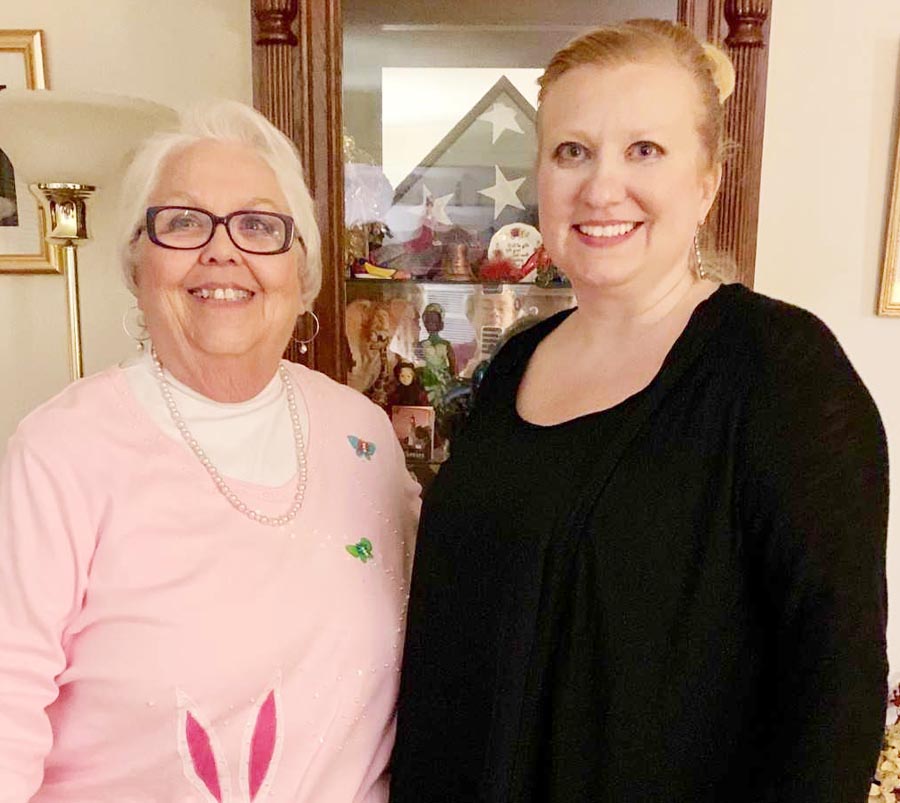 The meeting began with the welcoming from Mary Ricks. Chaplain Glenda Campbell then gave the devotion and prayed for the refreshments. Refreshments prepared were homemade pound cake, pizza rolls, salad and jalapeno poppers.

After refreshments, roll call was given by the naming of each members favorite bird. Several birds mentioned were the hummingbird, cardinal, bluebird and finch.
Next on the itinerary, the minutes were read by Glenda Campbell and they stood approved. Frances Tyler gave the Treasurer’s Report and Mildred Mishue commented on the Ways and Means Committee.
Membership Chairman, Larue Bracey presented report and several prospects will be sent letters of intent. Publicity Chairman, Melissa Moody, stated the meeting was in The Dillon Herald and the newsletters were handed out. She also read “Horticulture Moments” and then presented the program for the evening on “Hummingbirds; Our Feathered Friends.”
The informational program started with a PowerPoint presentation on these beautiful, tiny creatures called hummingbirds. Hummingbirds’ name has derived from the humming sound they make with their wings. Their wings flap approximately 80 beats per second. Their diet consists of mostly nectar, insects and pollen. They can fly, up, down, backwards and also upside down. Hummingbirds usually lay about 1-3 eggs the size of a navy bean. Their nests are made from twigs, branches and spider web material. These nests are small enough to fit in a child’s palm. Several ways to increase the hummingbirds is to plant native plants. (NGC & GCSC Objectives and Goals: Conservation)
Also place hummingbird feeders in areas that are safe. Sugar water is a great liquid to place in these feeders and the red dye is not encouraged for use. (1 part sugar to 4 parts water)
After the wonderful program, Mary Ricks mentioned Old Business and was very thankful for the members that helped on clean up day. She also stated new business that three members will be attending the GCSC State meeting in charming Beaufort, S.C. and the YJGC will be participating in the Crossroads: Change in Rural America held at the Dillon County Courthouse.
New business presented was the installation of officers. Mary Ricks gave the installation as she presented President Melissa Moody, President Elect Mildred Mishue, Secretary Glenda Campbell and Treasurer Frances Tyler with a yellow rose. The new officers are anxious to get started on beautifying our county.
Past-President Mary Ricks gave her departing remarks. (Under Mary’s leadership, the YJGC has won more awards than ever before on a district and state level.) She was presented a gift of appreciation from the members of the club. Great job, Mary Ricks!
The meeting was adjourned as Judy Wyman won the door prize. The next meeting in May will be a social to discuss upcoming work and projects. The Yellow Jessamine Garden Club is a member of the National Garden Clubs, Inc., South Atlantic Region, The Garden Club of South Carolina, Inc., and the Coastal District of The Garden Club of South Carolina.

True wisdom comes to each of us when we realize how little we understand about life, ourselves, and the world around us.
Socrates
It is absurd to divide people into good and bad. People are either charming or tedious.
Oscar Wilde
+81
°
F
H: +81°
L: +58°
Dillon
See 7-Day Forecast