This devotion is a monthly ministry of the Pee Dee Baptist Association, comprised of 31 Southern Baptist churches in Dillon and Marlboro Counties. For more information call 843-774-8062.
Featured this month is Dr. Dick Alderman, the senior pastor of Little Rock Baptist Church, Little Rock.

“The Devil’s Fiery Darts”
God’s Word in Ephesians 6:16 says that we Christians should “above all take the shield of faith with which ye shall be able to quench all the fiery darts of the wicked one.” Satan is unrelenting in unleashing his barrage of darts hurled at us every day. We will deal with these in the next few devotionals that I write. The Bible tells us that our temptations and trials “are common to man” in I Corinthians 10:13. Ecclesiastes 1:9 says, “There is nothing new under the sun.” Do not feel that you are being singled-out for a rare attack by the devil. You’re not. II Corinthians 2:11 says, “We are not ignorant of his devices.” So be aware of his attacks.
Consider the fiery dart of DOUBT which the devil hurls at us. To be uncertain, unsure, unsteady, to waver and question God is sure defeat for the Christian. A classic illustration of doubt is found in Matthew 14 where Peter was told by the Lord to step out of the boat in a violent storm and walk to Him. Peter succeeded at first because his eyes were on Jesus. Then he looked at the storm and waves and was terrified. He began to sink and cried for Jesus to rescue him, which He did. Jesus said to him in verse 31, “O thou of little faith, why didst thou doubt?” Good question. With the Son of God, Creator of the universe, Savior of his soul, standing on the water before him, why did Peter doubt?
He doubted because he feared, became afraid. We do the same when we look at our problems that rage around us, stronger than we are and beyond our ability to solve. As we focus on the circumstance we look away from our Lord Who stands there with us. God’s promises sink with us into the raging sea of doubt. Does God hear? Will He help? Why doesn’t He do something? Doubts like this hide Him from us.
We doubt sometimes because we cannot see the big picture. Almost all the time we cannot see beforehand what God is going to do but only look back to see He has done it. We should be confident in His ability and will to help us. In Matthew 11:2-3 John the Baptist in prison doubted that Jesus was the true Messiah about whom he had preached. He thought, “Why am I being rejected and the message I preach about Him is not being believed?” John was no weakling either; Jesus called him “the greatest man who lived.” Even strong Christians must face the fiery dart of doubt.
Satan often hurls the dart of being overwhelmed in the difficulties of our trials. The Israelites in the wilderness attempted to worship God through a golden calf, mixing the idolatry of Egypt with their faith. God judged them severely by having Moses grind this calf to powder, mix it with water, and have the people drink it. Three thousand of them were slain and the rest suffered a plague from the Lord. Doubt has serious consequences from our Almighty God.
We doubt when we blatantly reject the truth. Psalm 14:1 says, “The fool hath said in his heart, There is no God.” There are many avowed atheists in the world who state their belief openly. But there are millions more “practical atheists” who would never admit it, but they disbelieve God as if He doesn’t exist. Many are Christians who fail in their trials, give in to sinful temptations, and do not believe what God says and live by it. In the eyes of people around us our actions betray our faith. We can be “practical atheists.”
Feeling alone, feeling sorry for ourselves, creates doubt. In I Kings 19 Elijah had defeated and killed the 850 prophets of Baal at Carmel calling fire from Heaven that consumed the sacrifice, the altar, and licked up all the water with which he had drenched the scene. When queen Jezebel, who introduced Baal worship to Israel, heard this she pursued him. He ran on foot from her for a full day for many miles and sat down asking God to let him die. He told God that he alone was left as a faithful one. God quickly reminded him He had 7000 men who had resisted Baal worship.
We doubt God when we see the wicked prosper and the Christians suffer. This is a sinful planet; so it should be no surprise that this happens. In Psalm 77 Asaph, David’s musician, faced a severe unnamed trial and blamed God for wicked men prospering while he suffered. Then he put his eyes back on the Lord and recounted the ways that God had blessed and led Israel; and his confidence was restored. Take time to look back on the many times God met your needs and answered your prayers. Then look only at Him and not others.
We doubt when we have improper expectations. The two disciples on the Emmaus Road on resurrection morning walked in dejection because Jesus was dead (they thought). They did not recognize Jesus walking and talking with them and told Him, “We expected He would deliver Israel from Rome, but He didn’t.” They had wrong expectations. Our expectations are to HIM alone, not to circumstances. He never fails a single child of His. We have His Word, His Spirit, and His armor. There is no excuse for doubt – ever.

END_OF_DOCUMENT_TOKEN_TO_BE_REPLACED 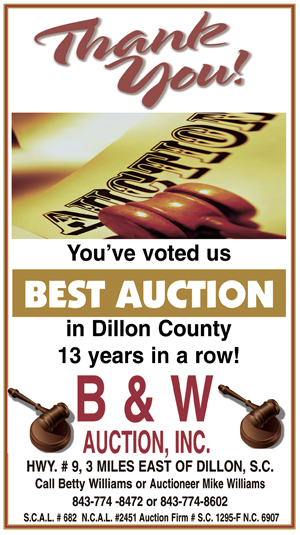