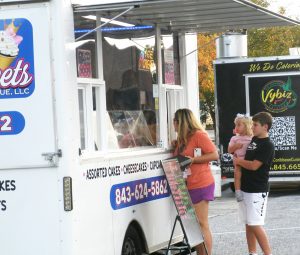 By Betsy Finklea
One of City of Dillon Downtown Coordinator Lisa Moody’s favorite quotes is one by Giada De Laurentiis, “Food brings people together on many different levels. It’s nourishment for the soul and the body. It’s truly love.”
This quote may well be behind the highly successful “Eats On The Street” food truck rodeos that Moody has brought to downtown Dillon.
Eats On The Street has been held the second Wednesday of each month in the South Plaza in downtown Dillon since June. There are two more rodeos left before the season finishes, and the public as well as vendors are clamoring for more.
Moody said the idea for “Eats On The Street” began when she first met Dillon City Councilman Tim Cousar, who asked her to do a food truck rodeo. She took his request to heart, and a few months into her new job, she began the food truck rodeos.
Moody started by soliciting local food trucks. Moody’s husband, Rick Englehorn, the Local Foods Innovation Coordinator for the Florence City Center Market, worked with food trucks as part of his job so Moody was able to make some connections to bring a wide variety of tastes and flavors to downtown Dillon. Moody said she has grown an inventory of 15 food trucks. There has been Cuban food, Thai food, Caribbean food, Vegan food, barbecue, tacos, mac and cheese, seafood, various desserts, sweets, and treats, and much more to tempt the palates of local citizens on any given day.
At the first event in June, many of the food truck vendors sold out, which speaks well of the public’s support.
Moody has worked to get a variety of food trucks and doesn’t duplicate a particular kind more than twice. She is continuously accepting applications, but she wants to keep the food truck rodeo at no more than 11 trucks per time because it is good for the vendors and manageable in the space at the South Plaza area.
The event takes place on Wednesdays because when she polled the food truck operators this was the best day and the time when she could get the most vendors because most are committed to larger areas and other events on the weekends. The events, however, last from 11:00 a.m. until 7:00 p.m. to give people a chance to come at lunch or to come after work to get their old favorite and new favorite foods.
“The small town of Dillon provides a lot of love in that one day,” said LaNise and Tyreik Eaddy of SeaSoul Melody, who made their debut at “Eats On The Street” in September.
Moody is encouraging those who have been to the food truck rodeos and those who haven’t made it out to one yet to come to the October 12th rodeo because there will be many special things going on that day. The Blood Connection will be doing a blood drive at the event from 11:00 a.m. until 4:00 p.m. that day. For every blood donation that day, a tree will be planted in Uganda and participants will receive a $10 eGift card.
The sponsor code for the drive is 8875. There will be a band and many vendors including some downtown businesses who will be promoting their goods and services. This will give the public a chance to eat, shop, and mingle with some local business owners in addition to enjoying the food truck rodeo. There will also be a live band that day in addition to DJ Elixir, who has been providing music at some of the other food truck rodeos.
Moody said one of her favorite parts of these food truck rodeos has been how the community has embraced it and how it has brought together people of all ages and all walks of life. “Food truly does bring people together,” Moody said.
Don’t miss the final two events of the season on October 12th and November 9th from 11:00 a.m. until 7:00 p.m. on South Railroad Avenue in downtown Dillon. 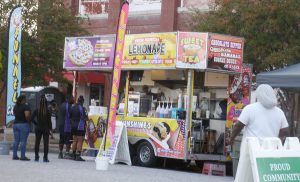 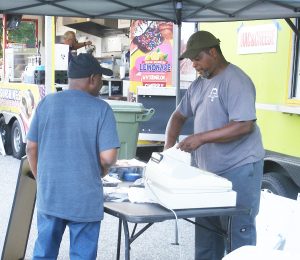 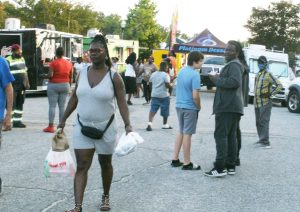 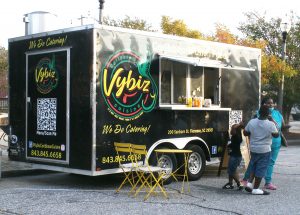 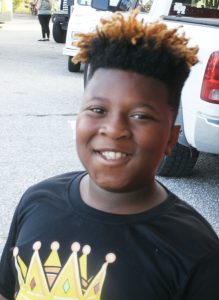 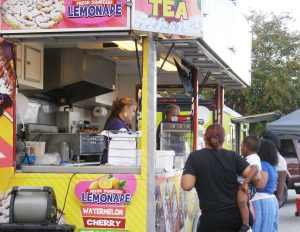 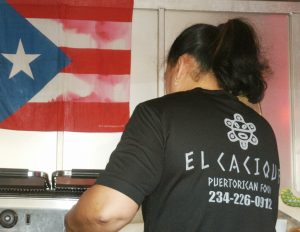 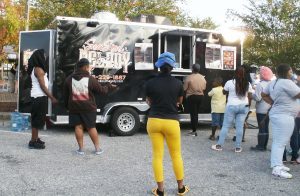 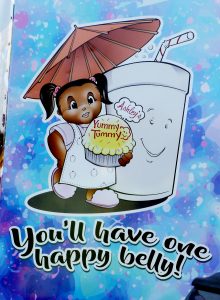 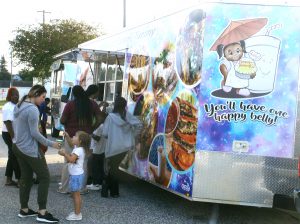 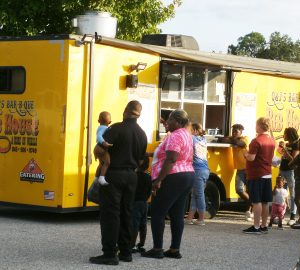 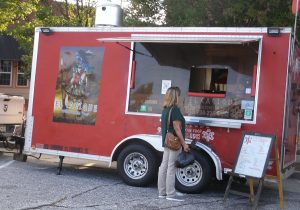 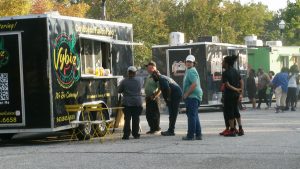