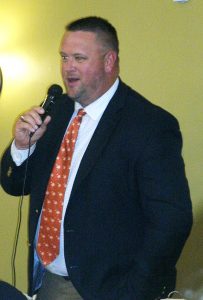 By Betsy Finklea
Tim Keown, President of the South Carolina Governor’s School for Agriculture, spoke at the Dillon County Farm Bureau’s annual meeting on September 19th.
Keown was introduced by Cullen Bryant, Vice-President of the Dillon County Farm Bureau.
The South Carolina Governor’s School at John de la Howe in McCormick County “is a state-funded, public, residential high school focused on providing a unique and challenging agricultural education program.” It is the only residential high school in the nation that focuses on the agriculture business.
Although the school has a long history dating back to 1797, the current school is about three years old. They opened in 2020 with face-to-face instruction with 34 students in what Keown called a “closed herd” environment. They only had to close once for COVID around Thanksgiving of that year.
In 2021, the school doubled its enrollment with 65 students.
In May, they had their first graduating class of 21 seniors. Their “first crop” of 21 seniors earned almost a half million dollars in scholarships. He said that these students are representing South Carolina across the Southeast and Southwest very well.
There are four pathways that students can choose at the school—Agricultural Mechanics, Plant and Animal Science, Horticulture, and Environmental and Natural Resources Management.
The school accepts tenth, eleventh, and twelfth graders. If a student starts in 10th grade, they can almost complete all four pathways.
The school has agricultural athletics. There is a rodeo team, shotgun team, competitive Bass fishing team, and they boast the nation’s only field trial team. There is a full equine facility.
They grow corn, soybeans, and peanuts, showcasing South Carolina products.
Keown said last year, they were about 20-25 percent self-sufficient, but their goal is to be 50 percent self-sufficient.
They have a total of 12 residential halls, and a great deal of manpower is required to operate the school.
Over the summer, they offered 16 summer camps, which were open to the public. They also hosted 4-H camps from South Carolina State and Clemson.
They host student hunts for students who pass the gun education class.
They also do adult workshops. Some of these have included topics such as honeybees and making a duck call.
Currently, the school has 79 students, and this cannot be expanded until their last three dorms are renovated. Renovation funds are being considered at a state level now. He noted that Rep. Jackie Hayes had been a huge supporter of the school.
Keown said they want to recruit students from across South Carolina. Their goal is to recruit two students from each county in the state. There are currently four students from the Pee Dee area.
Keown said they provide a world-class education and that students are well-prepared for college.
After the program, Keown entertained questions from the audience.
Also during the meeting, President Keith Allen, who conducted the meeting, allowed Rep. Jackie Hayes to speak. He noted that Hayes had been influential in the bill to provide tax relief on farm buildings and agricultural structures and had a 100 percent voting record for Farm Bureau during his 24 years of service. Hayes said he appreciated the support of Farm Bureau. “Farming is very important,” Hayes said. “It’s hard work.” Allen said that Hayes had been a great friend to agriculture. Allen made the President’s report on his activities during the past year and also recognized all of the guests in attendance. Tommy Stephens gave the Treasurer’s Report.
Bryant gave the report of the nominations committee, which was approved by the group. Officers of the Dillon County Farm Bureau are President: Keith Allen, Vice-President: Cullen Bryant, Executive Secretary: Joe Gleason, Treasurer: Tommy Stephens, State Director: Cullen Bryant, and Alternate State Director: Joe Gleason. The 2022 Executive Committee are Keith Allen, Cullen Bryant, Joe Gleason, and Tommy Stephens. The 2022 Directors are Timmy Arnette, Daniel Coleman, Randy Berry, Caleb Coleman, Bruce “Sonny” Price, Jr., Daniel Baxley, Fitzhugh Bethea, Lavern Brigman, Curt McSwain, Gerald Arnette, Tre Coleman, Harold Gasque, Joe Hayes, and Wesley Price. The 2022 Executive Committee are Woman’s Committee Chairman: Kate A. Miller, Legislative & Public Affairs Chairman: Cullen Bryant, and Young Farmer Committee Chairman: Caleb Miller.
Allen reported on the resolutions, a copy of which was given to each person in attendance.
After all of the business was completed, door prizes were given out, and the meeting was adjourned. 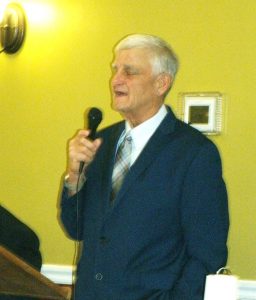 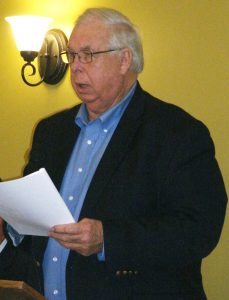 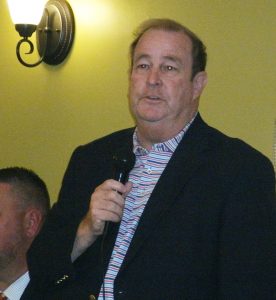