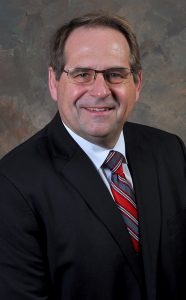 As a regional honoree, Wagner is also a finalist for the national 2022 Marie Y. Martin Chief Executive Award. The regional award and winners of the national award will be recognized at the 53rd Annual ACCT Leadership Congress this October in New York City.
The ACCT Chief Executive Officer Award formally recognizes the contributions made by college presidents and CEOs who demonstrate commitment to excellence in advancing the community college movement.
“Community colleges are unique institutions dedicated to making high-quality higher education accessible for all Americans,” said ACCT President and CEO Jee Hang Lee. “This year’s regional ACCT awardees represent the most outstanding people and programs from throughout the country, and we are excited to be able to bring attention to them.”
“Dr. Wagner came to Northeastern Technical College in 2016, breathing new life into the college. In the six years since taking the reins in his first CEO role, NETC has undergone a complete transformation. He is passionate about student success, the value of education, and a belief that education provides generational change to individuals and communities. This has become the cornerstone of every college initiative since his arrival”, said NETC Board of Area Commissioners Chair, Mr. Dan Bozard.
A first-generation college student, Wagner’s story resonates with students. His journey into higher education began at a technical college where he earned an Associate in Applied Science (AAS) degree. He returned to college to earn his bachelor’s at 34. Discovering a passion for higher education as a career, he went on to earn his master’s and Ph.D.
“I am honored by this award and have a great staff that makes the college work every day,” said Wagner. “Northeastern Technical College strives to be a catalyst in our community by focusing on the mission of training the workforce of Chesterfield, Marlboro, and Dillon counties, with a strong focus on student success through education. By pursuing student success, true economic development through education becomes generational change.”

About ACCT
The Association of Community College Trustees (ACCT) is a non-profit educational organization of governing boards, representing more than 6,500 elected and appointed trustees who govern over 1,200 community, technical, and junior colleges in the United States and beyond. For more information, go to www.acct.org. Follow ACCT on Twitter @CCTrustees.