There was perhaps never a time in the history of our country and culture when there were so many dissenting opinions and views on so many issues of life. From pressing matters like: pro-life versus pro-choice, the LGBTQ lifestyle, the Second Amendment, and the divide and discord between the two major political parties, I think that our nation is dangerously a house that is so divided against itself that it will not be able to long withstand the continual detriment and damage of disunity. In light of this, I am determined to do all I can and utilize every weapon or tool at my disposal to be a part of the solution and healing process. In order to achieve this objective, I must be willing to lay aside some of my convictions in order that I might be objective and effective in writing this piece without bias. In temporarily laying aside my convictions, I am in no ways renouncing them as an apostate and heretic. I am simply not allowing them to influence my ability to write this article from a place of neutrality.

Never Compromise Your Convictions
I feel the need to stress something that I just mentioned about one’s personal convictions. I am a staunch believer in the fact that one should never compromise their convictions regardless of what they are involved in (given there are situations and times when we must lay our convictions aside in order to cooperate and coexist in the same environment with others we disagree with).
Prime places where this practice must be in effect is the workplace. Since one’s employer has hired his workers to produce a product and embrace the principle of teamwork, good employees should never allow their beliefs and convictions to interfere with their ability to cooperate with others in being productive as a team. However, this willingness to cooperate as a team player should never cause one to abandon or compromise their core beliefs and convictions.

Disagree Without Becoming Hostile and Hateful
In the current political and social climate of division, dissension, and discord that exists in our nation, if we are not very careful, we can be drawn into a state of anger and animosity towards others whose beliefs and practices are contrary to ours. The saying that says, “disagree without becoming disagreeable” is very relevant to what we are emphasizing here. I know by experience that a person can become disagreeable and even hostile and hateful toward another about an issue that they have varying views concerning.
This is especially the case when it relates to things like pro-life versus pro-choice, the LGBTQ lifestyle, counterculture, Black Lives Matter, and other pressing matters that are front and center in our culture today.
I have had to pray continually and not allow my emotions to dominate me in order that I would not become hostile and hateful to some who I was at odds with about some of these issues. It is very possible to become so disagreeable with people about certain issues that it will blind and poison you even in matters where you once agreed and were able to cooperate and work together concerning. Do not become hostile, hateful, and disagreeable to those who you disagree with about any issue.

Never Let Your Disagreement Displace
Your Love
In my fascination and study of history and the rise of Western Civilization, I have discovered two very interesting factors that were the primary source of the ascendancy of Western Civilization over those in other parts of the world.
First, in the chronological order that they appeared, it was the influence of the Roman culture under the Caesars and their system of Pax Romana that still influences the Western Civilization today.
Finally, and even far greater than the previous that made the Western Civilization and culture, the most dominant, prosperous, creative, and productive in the world was the Judeo-Christian influence and impact. Even most true historians and scholars (who are not Christians) will attest to this truth. Nothing before or since has had a positive effect on humanity concerning the arts, science, mathematics, humanitarian endeavors, and many other areas like Christianity. Many of the beliefs and practices that are commonly embraced by Christians and unbelievers alike are Judeo-Christian in origin. At the very top of the list is the command to love one another – even those who you may consider as an enemy (Matthew 5:43-47). So, in light of this divine principle, never become so angry and upset with anyone who may have conflicting opinions, beliefs, and practices to yours to provoke you through theirs, where you are unable to treat them with empathy and compassion.
People may hate your opinions, ideas, and beliefs, but there is no weapon that can prevail against true, sacrificial, and unconditional love. Learn to disagree with people and love them in spite “of”. 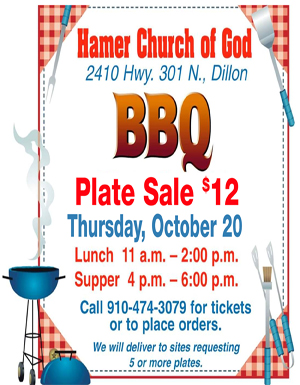