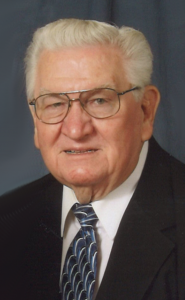 Colonel Henry Webster, 90, of Tifton, Georgia passed away peacefully on Monday, July 11, 2022 at Maple Court Assisted Living.
His funeral service will be held at 11:00 a.m. on Friday July 15, 2022 at Eastside Baptist Church in Tifton, Georgia with the Reverend Keith Norris and Reverend Jake Webster officiating and with military honors. Mr. Webster will be laid to rest at the Oakridge Cemetery immediately following the funeral service. Visitation with the family will be at the chapel of Albritton Funeral Directors in Tifton on Thursday July 14, 2022 from 6 to 8 p.m.
Mr. Webster’s grandsons will serve as pallbearers. Honorary pallbearers will be the Deacons of Eastside Baptist Church. Mr. Webster’s great-nephews, currently cadets at the Citadel, will serve as honorary guards.
Mr. Webster was born in Dillon County, South Carolina on May 22, 1932 to the late Luther David Webster and the late Flossie Harrelson Webster. He was preceded in death by his three brothers and two sisters as well as two former wives; Ruth Acree Webster and Nell Womble Webster. Mr. Webster was a beloved member and retired deacon of Eastside Baptist Church in Tifton.
Following a high school football career in which he finished as a member of the 1952 South Carolina High School All-Star Football team, Mr. Webster attended the Citadel in Charleston, South Carolina where he again played four years of football for the Citadel Bulldogs. Upon graduation from the Citadel in 1956, Mr. Webster served twelve years in the United States Air Force, Strategic Air Command, during the Vietnam conflict. Following his service to our country, Mr. Webster spent the remainder of his adult working life in the retail clothing and mercantile business.
Mr. Webster is survived by his wife Merle Vela Walker Pearman Webster of Tifton, Georgia; three sons and daughters-in-law, Craig Alan and Sharon Gill Webster of Tifton Georgia, Daryl Henry and Emily Burd Webster of Gainesville Georgia and Steven Ryan and Kate Webster of Duluth Georgia; a stepson and daughter-in-law Terry and Monica Pearman of Douglasville Georgia, and a stepdaughter and son-in-law Leslie Pearman and Daryl Jones of Tifton Georgia. He is also survived by seventeen grandchildren and step-grandchildren as well as twenty-one great grandchildren and step-great grandchildren. Flowers are accepted or donations may be made to Eastside Baptist Church, P.O. Box 540, Tifton, Georgia 31793.
Albritton Funeral Directors is in charge of the arrangements. You may sign the online guest register at www.albrittonfuneral.com.