By Betsy Finklea
A local nurse practitioner was shot and killed at his own home on Bethea Street Extension in Latta on Friday, according to Sheriff Douglas Pernell of the Dillon County Sheriff’s Office.
Dillon County Coroner Donnie Grimsley identified the victim as Archie Timothy Brown, age 56, of Latta. Grimsley said Brown died as a result of gunshot wounds. 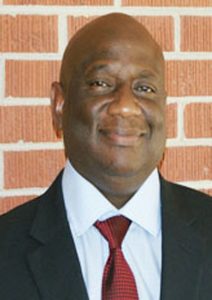 Three teenagers—ages 13, 15, and 17—are charged in the crime with murder, burglary first degree, petit larceny, possession of a weapon during the commission of a violent crime, and conspiracy. Pernell said they are all charged under the “hand of one is the hand of all.”
The 13-year-old and 15-year-old will have their first appearance in family (juvenile) court on Wednesday.
The 17-year-old will have his first appearance in General Sessions Court the week of June 13th. The law requires that a circuit court judge hear bond on these types of charges.
Pernell said according to his information up to this point, the 13-year-old and 15-year-old broke into Brown’s home looking for guns and money. Brown got an alarm at his house and went to check on his home. The suspects came out of the home and had an encounter with him and shot him.
“This was an innocent man, shot for no reason, protecting his own home,” Pernell said.
When deputies received the call about the incident, a deputy was in the area and the response time was less than five minutes, said Pernell. The deputy spotted a young man, with no shirt on, walking down the street and stopped to talk to him. This ended up being one of the suspects.
Pernell said they were able to recover the weapons and the money box taken from the home.
Pernell said this was a case of good police work with everyone working together. The Dillon County Sheriff’s Office, the Latta Police Department, the Dillon County Coroner’s Office, SLED (Forensics Team and Field Agent), and the Dillon County Violent Crime Task Force all participated.
Brown was a popular board certified family nurse practitioner at CareSouth Carolina in Latta.
He was the face of the COVID-19 vaccination program by CareSouth in Dillon County on a billboard and ads and was selected by the readers of The Dillon Herald and The Dillon County Shopper as the “2021 Best of the Best Nurse Practitioner.” He served in years prior to becoming a nurse practitioner as a campus police officer at Francis Marion University.