FLORENCE, SOUTH CAROLINA — Matthew Joshua Tolson, 33, of Bennettsville, was sentenced to more than 18 years in federal prison after pleading guilty to possessing a firearm in furtherance of drug trafficking. 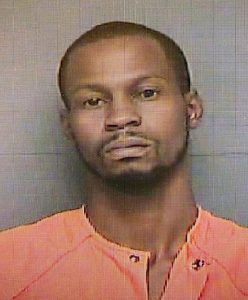 “One of the largest threats to our community is firearms-related crime, and this office is dedicated to doing everything it can to protect the citizens of South Carolina from those who use firearms to break the law,” said U.S. Attorney Ellis. “Our team, including our local and federal law enforcement partners, worked tirelessly to bring this defendant, an armed lifelong criminal, to justice.”
“Recovering a firearm from a prohibited individual and putting a drug trafficker out of business is a double win for the community,” said Brian Mein, Acting Special Agent in Charge of the Bureau of Alcohol, Tobacco, Firearms and Explosives (ATF), Charlotte Field Division. “Through a collaborative effort, we’ve helped take a dangerous career criminal off the street.”
“Mr. Tolson has a violent history, and was involved in numerous firearms-related incidents,” said Chief David Lane of the City of Dillon Police Department. “Bringing Mr. Tolson to justice will make the Dillon community safer. My department is very thankful for the hard work of all the agencies involved.” Evidence presented to the Court showed that, on the afternoon of July 20, 2021, officers with Dillon Police Department attempted to stop a purple Dodge Charger driven by Tolson. Tolson did not stop, and instead led law enforcement officers on a high-speed chase through downtown Dillon. The chase ended when Tolson drove his car onto the Dillon City and County Complex lawn, crashing into the Dillon Police Department sign. When officers approached the Charger, they located a loaded .40 caliber Glock pistol with a 50-round drum magazine in Tolson’s lap. In his pocket, Tolson had nearly 24 grams of crack cocaine, divided among several baggies, and approximately $300 in cash. At the time of this incident, Tolson had multiple prior felony convictions, which prohibited him from legally possessing a firearm or ammunition.
United States District Judge Sherri A. Lydon sentenced Tolson to 226 months in federal prison, to be followed by a five-year term of court-ordered supervision. There is no parole in the federal system.
This case was prosecuted as part of the joint federal, state, and local Project Safe Neighborhoods (PSN) Program, the centerpiece of the Department of Justice’s violent crime reduction efforts. PSN is an evidence-based program proven to be effective at reducing violent crime.
Through PSN, a broad spectrum of stakeholders work together to identify the most pressing violent crime problems in the community and develop comprehensive solutions to address them. As part of this strategy, PSN focuses enforcement efforts on the most violent offenders and partners with locally based prevention and reentry programs for lasting reductions in crime.
This case was investigated by ATF and the Dillon Police Department. Assistant U.S. Attorney Katherine Flynn is prosecuting the case.