Sheriff Mark Gulledge of the Richmond County Sheriff’s Office reported that on Friday, April 1, 2022, at approximately 3:20 a.m., deputies were dispatched to FirstHealth Richmond E.R. for an individual being stabbed. 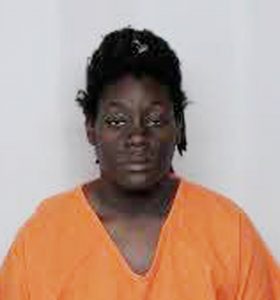 Once deputies arrived, they were able to determine where the incident had taken place. Deputies were also told that the possible suspect was outside in the parking lot.
Investigators arrived and interviewed the female, who was identified as Shanta Taliyah Pernell, age 27, of Dillon, S.C.
The victim was flown to CMC Main, where he later succumbed to his injuries. The victim was a 27-year-old male from Rockingham. His name has not been released until all of his family can be notified.
Pernell had initially been charged for the assault and was in Richmond County Jail. After the victim’s death, Pernell was charged with one count of murder and remains in RCJ under no bond.