By Betsy Finklea
The Speaker of the House, a Senator, and two House members gave glowing endorsements of Rep. Jackie Hayes as a legislator, a friend, and a man of integrity at a special event held in Hayes’ honor at Buckhead Ranch on Thursday evening. 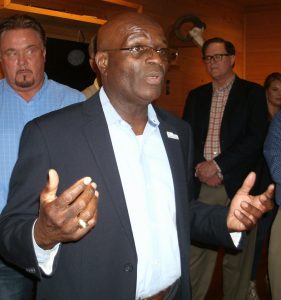 Senator Kent Williams said that the huge crowd in attendance really spoke volumes about Rep. Jackie Hayes. Williams called Hayes “a true friend and colleague” and someone for which he has the “utmost respect.” Williams spoke of how truly impressed he has been with Hayes and of Hayes’ love of Dillon County. Williams has served 18 years in the Senate, and Hayes has served 24 years in the House. Williams said in those 24 years, Hayes has commuted from Dillon to Columbia and returned home nearly every night. He described Hayes as a family man who has sacrificed time with his family to serve his county and state. “No one is more respected in Columbia than Jackie Hayes,” said Williams. Party affiliation doesn’t matter, Williams stressed. It is Jackie Hayes character, beliefs, and doing the right thing that has enabled Hayes to be able to work across the aisles. He is one of the few Democrats to serve on the House Ways and Means Committee. Williams, who serves on the Senate Finance Committee, called Hayes “a guru of education,” who has brought millions and millions to Dillon County to benefit the education system.
Williams said one could look around and see what Hayes had done for economic development. Williams said Hayes had gone to Columbia and built many relationships in both parties. You get what you can negotiate, said Williams, and Jackie Hayes is a “masterful negotiator.” He said Jackie Hayes is willing to sit down and work with people. One must be able to give and receive. He called Hayes “a blessing to District 55.” Williams said he is honored to serve with Hayes as part of the Dillon County delegation.
Williams said with Jackie Hayes, it’s not about black or white or rich or poor, it’s about taking care of people which is reflected in his leadership. Hayes has always represented all of the people.
Williams then mentioned the very special guest, Rep. Jay Lucas, the Speaker of the House. Anytime the Republican Speaker of the House comes out to support a Democratic House member that speaks volumes, Williams said. “That’s no small potatoes,” he noted. Williams said this shows the love, appreciation, and respect that Lucas has for Hayes. 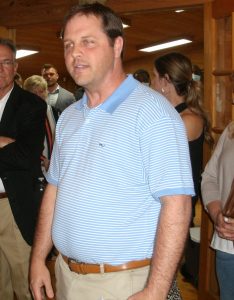 Rep. Lucas Atkinson was the next to speak Atkinson said that Hayes helped him get the money he got for projects in Latta. Atkinson said we need to make sure that we send Hayes back to Columbia. June 14th will be here before we know it, and Atkinson said nothing is more important than this State House race. He stressed that voters must vote in the Democratic Primary. 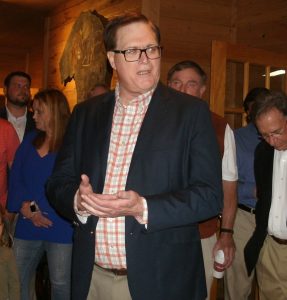 Speaker Of The House Jay Lucas

Speaker of the House Jay Lucas then took the floor. Lucas said that Hayes is more than a colleague and is one of his best friends in the South Carolina House. Lucas and Hayes got elected together in 1998. He watched how Hayes interacted with everyone.
Lucas said at this time, there was a big push to let everyone know how a legislator voted and how many votes they actually cast over the course of a session. He said he remembered at the end of the session that Jackie Hayes had cast every vote that came before that body. He said Jackie Hayes is determined and not afraid to let people know where he stands. He never hides from a vote. Lucas also recalled after one of the big hurricanes, flying around with Hayes in a helicopter to see how Dillon County had weathered storm. Dillon County had been hit hard and he remembered Hayes and how he reacted as he saw the devastation.
He looked and saw that Hayes had shed a tear as he looked at the county he loves. He said we should never doubt Jackie Hayes loves Dillon County and when you go to cast your vote on June 14th, think of those tears in Hayes’ eyes. “There is no better ambassador for Dillon County than Jackie Hayes,” said Lucas.
Speaker Lucas is not planning to run for another term. The last time there was a speaker from the Pee Dee area was in the 1930s. There will be probably not be another Speaker of the House from this area for years to come.
Lucas said Jackie Hayes is on the House Ways and Means Committee because he is a trusted, determined individual. Lucas said Hayes is a respected, loved, and loyal colleague “who wields a powerful stick” in Columbia. He serves with dignity. Lucas said we were “extremely lucky” to have Hayes serving us.
Jackie Hayes then spoke thanking everyone for coming and for their support. If re-elected, Hayes will be ranked #4 out of 124 House members. 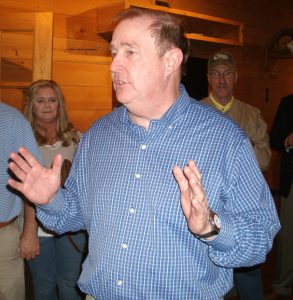 Due to his economic development efforts, everyone who wants job in Dillon County can have a job and the pay at some of these jobs starts at $18-$20 an hour. Inland Port Dillon is not here by accident, but due largely to Hayes efforts. Access to broadband will be here by this time next year. Dillon County will be first in the state to get it.
In education, a $50 million elementary school is about to be built, and it won’t cost taxpayers one dime.
Hayes spoke about his family and his pride in them. “We’re a team,” Hayes said.
Hayes thanked everyone for their support. Hayes said he will continue to work hard and do his best for Dillon County. Hayes said it is an honor to serve, and he doesn’t take that responsibility lightly.
He said anyone can call him at any time and if he can help you, he will try.
Hayes wants to make Dillon County as good as it can be for his children and his grandchildren and all of us.
Hayes said Dillon County is on the verge of big things. There is a lot of opportunity, and he wants to take advantage of it. 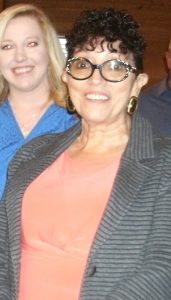 Rep. Pat Henegan was the last to speak. She was very complimentary of Hayes and his efforts for Dillon County and called him “her rock.” She encouraged everyone to get ten people to the polls and to let Hayes know who they got there.
All of the speakers were very well-received by those in attendance.
(pd. pol. adv.)

COPYRIGHT NOTICE
© 2022, THE DILLON HERALD
All rights are reserved by The Dillon Herald. Content may not be copied, reproduced, transmitted, distributed, downloaded or transferred in any form or by any means without The Dillon Herald’s prior written consent, and with express attribution to The Dillon Herald. Copyright infringement is a violation of federal law subject to criminal and civil penalties.