By Betsy Finklea
“It’s just been a nightmare,” said Lisa McMillan, mother of Stacalin Elizabeth Savage, who was found dead on Wednesday, August 25th after having been reported missing earlier that week.
McMillan is hoping that someone may have seen something or may know something that will lead to the arrest and conviction of the person responsible for her daughter’s death and who may know the location of Stacalin’s beloved pup that has not been seen since her disappearance. 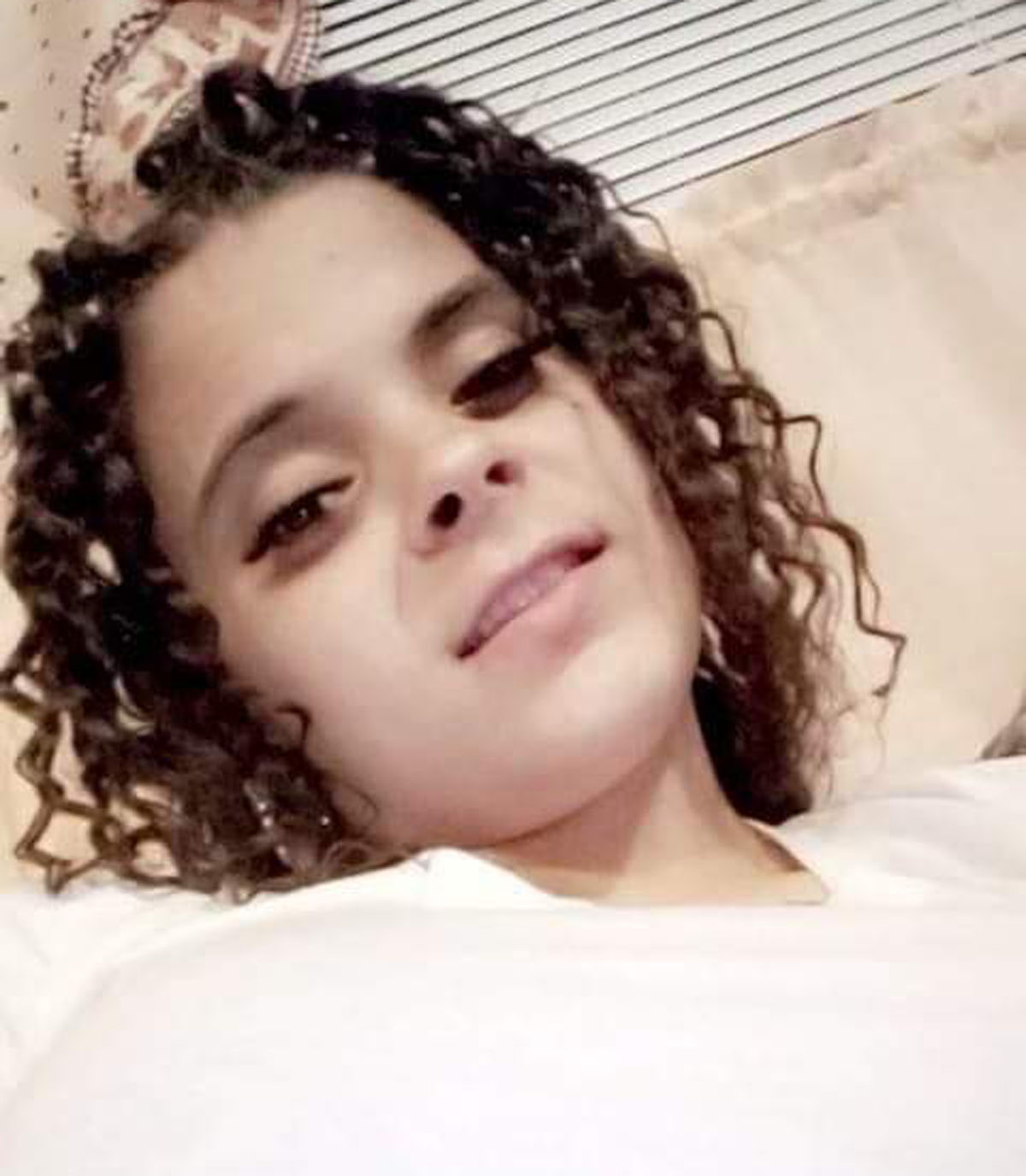 McMillan adopted Stacalin and her brother, Cody, when they were just five and seven years old. The children were placed in her therapeutic foster home in 2004. She fell in love with the children and then adopted them. They were her first set of foster children.
Unfortunately, as what happens with many youth, they went down the wrong path, but McMillan never gave up on them and continued to try to help them while not enabling them.
Her son, Cody, was killed after being hit by a car in October 2015. She said Stacalin was never the same after that happened. Stacalin was his protector, but she too was in with the wrong people.
The ordeal that led to the discovery that Stacalin was deceased started the Thursday (August 19) before she was reported missing. Stacalin called her aunt asking her to pick her up, but never gave her location before she hung up. This was the last time that friends or family members had any contact from Stacalin.
On that Sunday, McMillan received a text and a call and was told that Stacalin had been missing for four days so McMillan contacted law enforcement. She knew in her heart that something was terribly wrong. She had a dream a couple of days before that something had happened to Stacalin.
The police started an investigation and began asking questions. There were reports that Stacalin had been seen in the City of Dillon and even at a local motel, but these reports turned out to be unfounded. However, at the time of the initial police involvement, this was not known, and she had “been seen.” McMillan was advised to wait four or five days and if she had not heard from her daughter to make another report. She and another daughter began a search for Stacalin via social media because it was not unheard of for Stacalin not to be in contact with them for a period of time.
Finally, after still hearing nothing from Stacalin, McMillan filed another report on that Tuesday, met with detectives from the City of Dillon Police Department, and they jumped right on the investigation. One of them asked her how she felt about the disappearance. She said she told them she felt like something had happened to Stacalin. “I knew in my heart she was gone,” McMillan said.
On Wednesday, August 25, McMillan’s worst nightmare was confirmed when Stacalin was found behind McKenzie’s Auto on Highway 301 North in Dillon halfway under a utility truck.
McMillan is begging anyone who may have seen Stacalin, who was wearing a white top and blue jeans, in that area on August 19th around 1:00 a.m. or who may have any information about this case to please come forward. Even the smallest, most insignificant, information may make a difference. She said by calling the tip line (listed at the end of this article), callers can remain anonymous.
“I can’t eat. I can’t sleep. All I can do is think and see her running for her life,” McMillan said.
McMillan is pleading for anyone who can shed any light on the situation or who may know the location of the pup, which is a brown, approximately 8 month old pit bull, to please call the tip line. 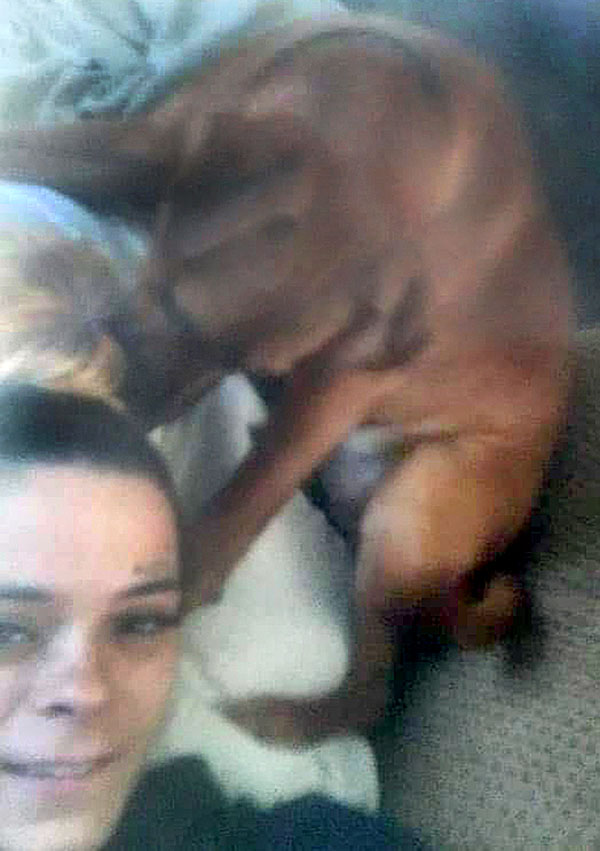 McMillan said she wants people to know that Stacalin “was not an unknown.” She was loved. She had a family and two sisters, who miss her. She said Stacalin had a good heart and was always giggling and smiling and cutting up. She said at Stacalin’s funeral a woman told her how at 10:30 one night, she had locked her keys in her car at a store, and Stacalin took her to get another set of keys and helped her. “She was a sweet person who would always help others,” said McMillan. She said Stacalin was always there for everybody, and while she didn’t have much, she never hesitated to share what she had with others. Stacalin also loved animals. “Everyone who met her loved her,” said McMillan, and “she wanted to be loved.”
The family had been going through a difficult time the past few years. In 2015, McMillan lost her son Cody. In 2016, she got divorced and remarried. In 2018, McMillan was diagnosed with cancer, and in 2019, her brother died, and she lost her house in a hurricane and had no insurance. She and her husband are currently living with a friend. Stacalin had no life insurance. McMillan and a family member are also caring for the uncle, who reared her, who is on hospice. Due to all of these tragedies and the great financial strain this has placed on the family, a Go Fund Me account has been set up in Stacalin’s name and an account has been set up at First Citizens where those who wish to may donate to Stacalin’s funeral expenses. She said the Lord won’t put more on someone that they can bear, but the family has been through a great deal. She needs to know what happened to her daughter to have any peace.
“I won’t rest until we find out what happened and whoever did this is made to come to justice,” said McMillan. “I want justice for her. I don’t want another family to go through what we are going through.”
McMillan praised the City of Dillon Police Department, Coroner Donnie Grimsley, and the Dillon County Sheriff’s Office, especially Sheriff Douglas Pernell and Chief Deputy Jamie Hamilton, for their work on this case. She also sincerely thanks Kannaday Funeral Home (R.L. Kannaday) for working with her and Thomas Florist for their extraordinary kindness.
Despite everything she has faced, McMillan still found “a ray of hope,” in all of this tragedy. McMillan said Stacalin was brought up in church, and when she was removing her items from the trailer where she lived, there was a Styrofoam cooler lid that had several items on it such as body spray, lipstick, and other items. Among those possessions she found a small glass square figurine with a hologram that she had given Stacalin years ago that Stacalin had managed to keep up with no matter how many times she had moved and no matter what she had been through. The hologram was an angel with her arms outstretched. There are no words to describe what this small token meant to McMillan. “I hold on to the hope that she had that minute to ask the Lord to forgive her,” McMillan said. Sometimes, a ray of hope is all we need to carry on.
Anyone with any information about this case is asked to call the Dillon County Sheriff’s Office at 843-774-1432, Pee Dee Crime Stoppers at 1-888-CRIMESC (1-888-274-6372), or message the Dillon County Sheriff’s Office through their page on Facebook®.