This year’s striper migration got off to a rough start.
Ryan Stephens and I started in March on the Congaree River and were beaten 2 to 7 by a seven-year-old girl on another boat.
Andrew Hughes, Duncan McLaurin, and I lost our propeller blades in a rock collision on the Wateree River rapids during the next attempt.
In April, Lauren Eskridge, Ryan Stephens, Shannon Jordan, and I pulled our canoes up-river through rapids on the Broad River to where we were guaranteed to catch striper, only to catch smallmouth bass and get beaten by Lauren, who caught four catfish.
In May, I returned to the same place on foot and hooked a striper too big to control. The striper charged down current and wrapped around a rock in the rapids where only a kayaker was able to reach.
The fish was huge, and the kayaker passed my lure over the rock for me to retrieve but kept the fish.
Several failed trips and a broken fishing rod later, Dawson Jordan saw first victory when he landed a 28-pound, 40″ striper using a pearl-colored fluke lure on the Saluda River.
Despite previous failures, I always leave for any of these trips with full confidence that this will be the day…and that our efforts will pay off. 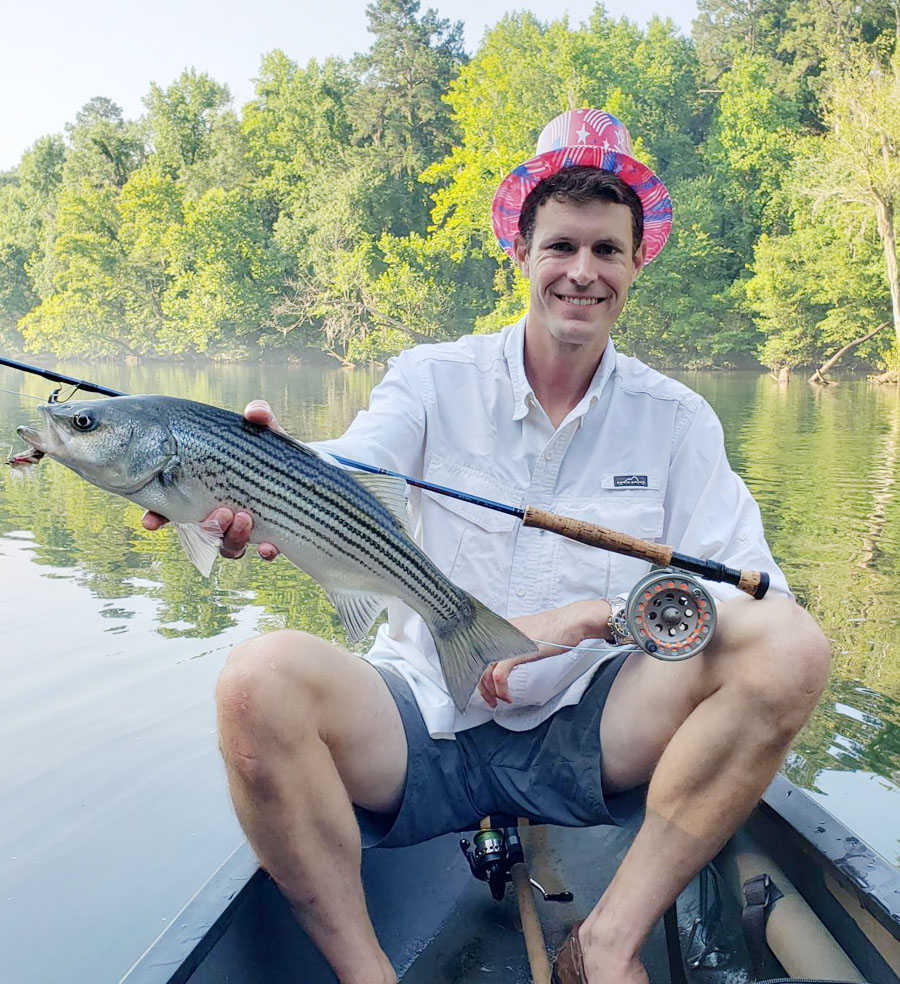