Editor’s Note: This is part one of the Town Hall meeting held in Latta. To watch the entire meeting, visit The Dillon Herald’s page on YouTube. 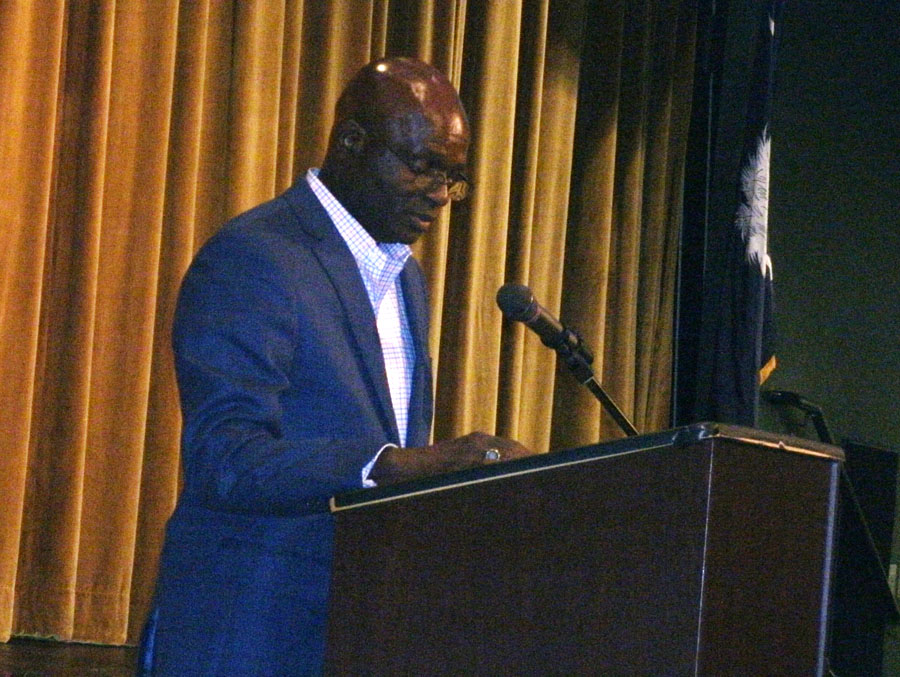 By Betsy Finklea
Senator Kent Williams held a town hall meeting at the Ellis Performing Arts Center in Latta on Thursday with special guest Congressman Jim Clyburn.
Senator Williams highlighted some of the legislation and budget passed this session. Williams spoke about the appropriations bill. He said he thought this was one of the best budgets that they have had in a long time. He said it was a budget “for the people” and would “make a difference in the communities” especially communities like Latta, Dillon, and Marlboro County. He said we have so many needs, needs that are much greater than the more metropolitan-type areas and the challenges are different in small rural communities. He said he wanted the people here to have the same opportunities that other South Carolinians have across this state.
Williams said this session was focused around COVID-19. He said he doesn’t know anyone who hasn’t been impacted by COVID-19. He said the federal government allocated a huge amount of money to the states to address the COVID-19 pandemic. He said they allocated $208 million to DHEC, MUSC, and other providers in this state to do testing and administer the vaccine. About 43 percent of the citizens of South Carolina have been fully vaccinated. He said in his opinion, this was “unacceptable.” He said there’s no mandate to be vaccinated, but he thinks it would be wise to encourage people to get vaccinated. He said getting more people vaccinated would help contain the virus. He said COVID-19 numbers are on the rise, and it is alarming.
Williams said they also addressed teacher salaries and spoke of the importance of teachers. He said they touch more lives than any other profession. He said they restored the increases that were suspended due to the financial uncertainty due to COVID-19.
He said they also appropriated $100 million that will go to disadvantaged schools.
He said small areas don’t have the tax base to provide the resources. He said this hurts the school system, fire and rescue, law enforcement, etc.
He spoke briefly about consolidation and said we have to do what is right for our children.
Williams said they appropriated funds for 4-K all over the state. Fifty million was appropriated to County Transportation Committees across the state. For Dillon County, this was an additional $560,000.
Also, $500 million was designated for Post Traumatic Stress Disorder for first responders. Another $3.7 million was set aside for firefighters for cancer benefits.
They appropriated $50 million to the Office of Resiliency for disaster relief. The agency is in the process of coming up with a statewide strategic plan.
He said they have to do a better job planning for disasters including areas like stormwater drainage.
Williams said he is encouraging regionalization in areas such as water and sewer, etc. He said numbers mean something, and we will have to pool our resources.
He also talked about broadband expansion. He said this was brought to the forefront when the COVID-19 pandemic came about and students had to go to virtual learning, people were doing meetings by Zoom, etc. He said they lost a great deal of opportunity due to the lack of broadband access. He said thanks to the Congressman and Washington this was changing. He said now they are expanding broadband across this state.
Williams said they had a very productive year in terms of the budget and education, and he hopes they will continue to do this. He said he tells the affluent counties that it is all about “sharing the wealth” with all South Carolinians.
Williams said he appreciated the opportunity to serve and doesn’t take that lightly. He said he will continue to fight everyday for the citizens. 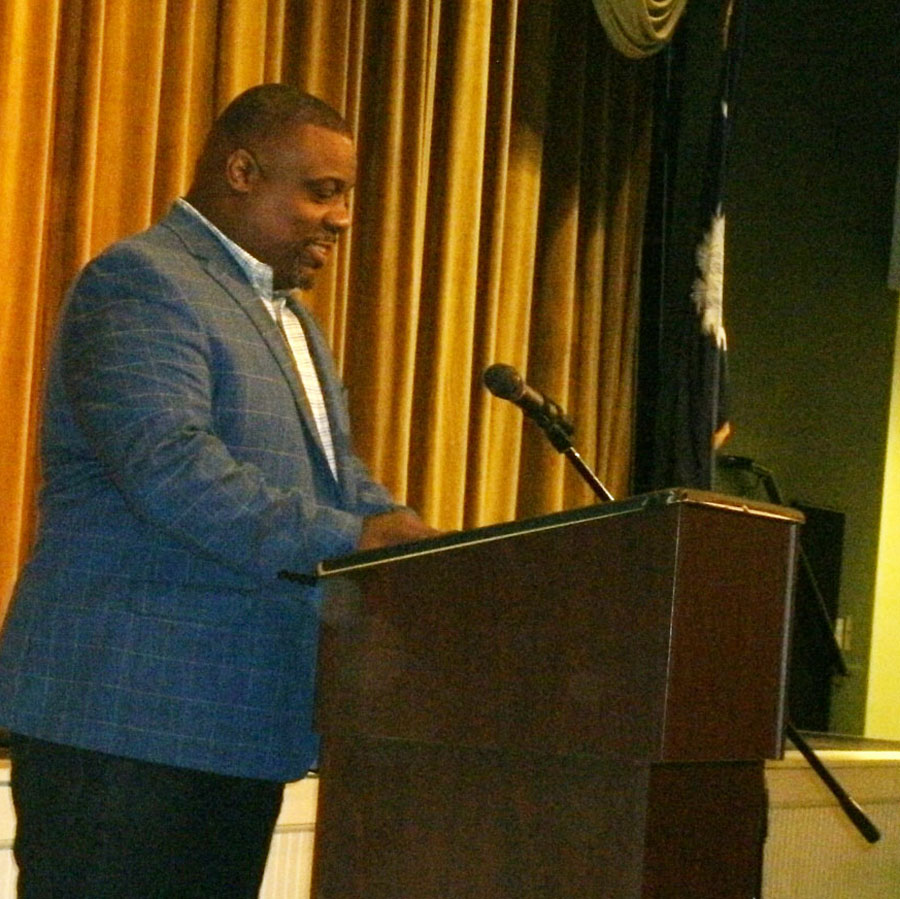 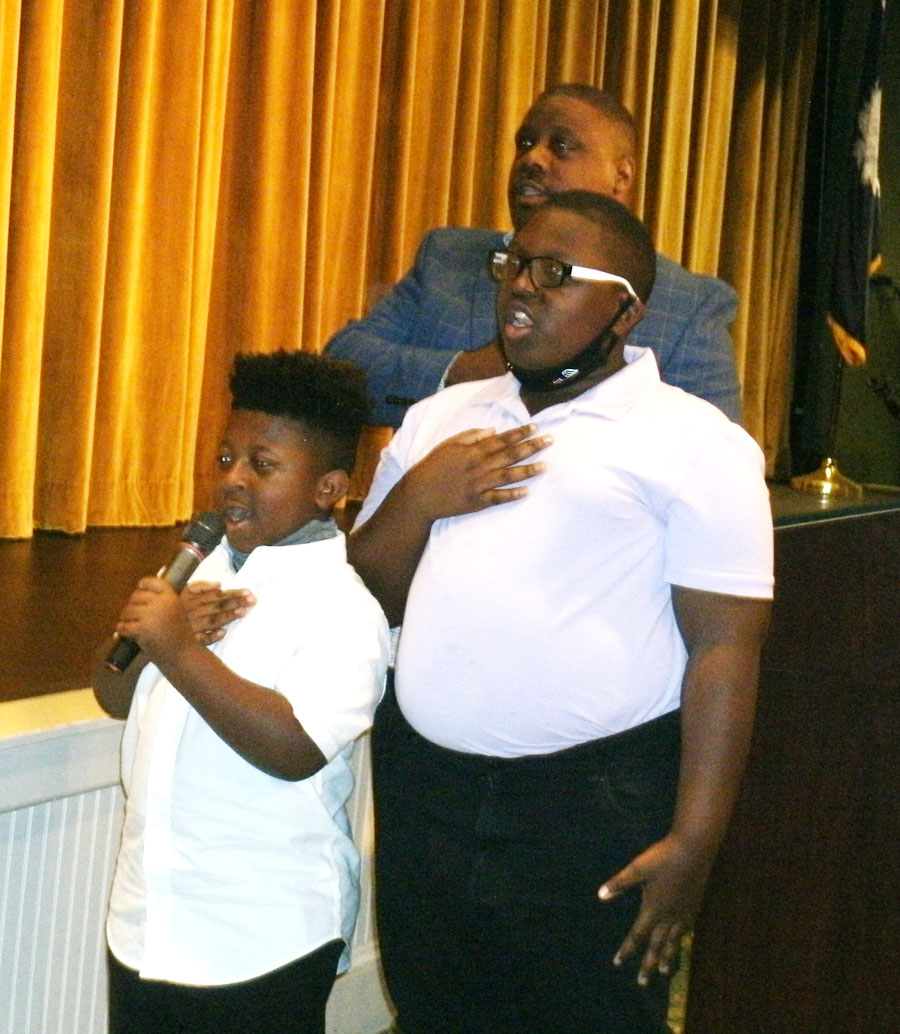 Chaz and Christian McLeod lead the pledge of allegiance 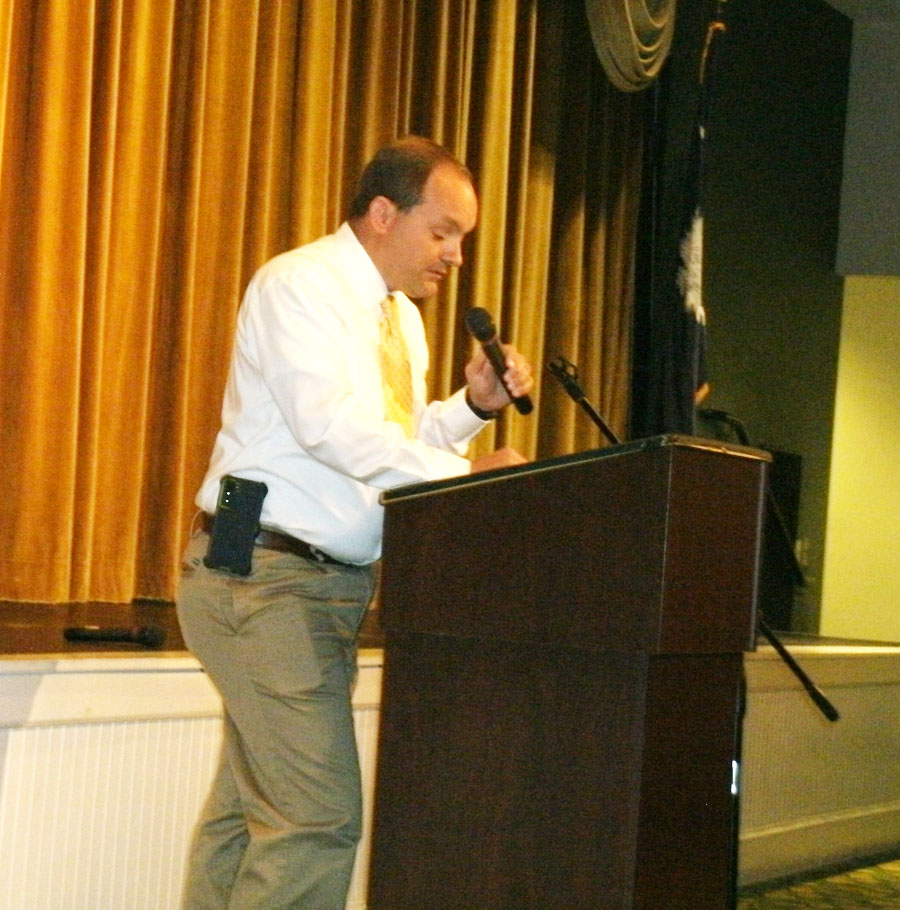