In recent months, the City of Dillon has received numerous complaints about dogs. It comes up at city council meetings and on other occasions.
A great deal of the problem it seems comes from dogs with owners who either don’t know the rules, don’t care about the rules because they don’t think the rules apply to them, or have become lax because they see other dog owners are not following the rules so they don’t either.
These dog owners need to be on notice. The City of Dillon has a dog ordinance and animal control ordinance, and it will be enforced. This is not to be harsh or unfair. The ordinance is there to protect dogs and their dog owners and also to protect the community from nuisance animals taking over or disturbing the peace, safety, and solitude of the people in a neighborhood.
Probably one of the most violated parts of the dog ordinance is the leash law. Owners simply cannot let their dogs run at large. Many dog owners feel that their dogs should be able to freely run or roam around their own neighborhoods, but dogs need to be under the control of their owners to ensure their safety and the safety of others. Your dog may be friendly towards you and your family, but not to others. Some people are fearful of dogs, and when dogs sense that fear, it may cause the dog to become upset or agitated and cause the dog to act outside of his normal behavior and bite or attack someone else. Your dog may go and destroy someone else’s property when not under your control or cause other damage. Dogs, especially when they get together, may harm or kill animals owned by other pet owners. Dogs simply can’t be allowed to run wild and wreak havoc throughout the city whether they have owners or not.
Another big complaint that people have is the barking dog. This is the dog that barks or whines all night and keeps up the neighbors. Owners need to take steps to tend to the needs of their animals so that their dog doesn’t keep up an entire neighborhood. There is also the owner who does not keep their dog pens clean or try to harbor more dogs than the three dogs allowed by the ordinance creating an unwelcome smell in the neighborhood.
Below, we have printed the city ordinance which outlines the responsibilities of dog owners and the penalties for violating the ordinance to clear up any questions or confusion.
Most dog owners are responsible owners and follow the rules; however, there are some who are ignoring them, and this is where the problem is being created. It only takes a few bad apples to spoil the bunch. 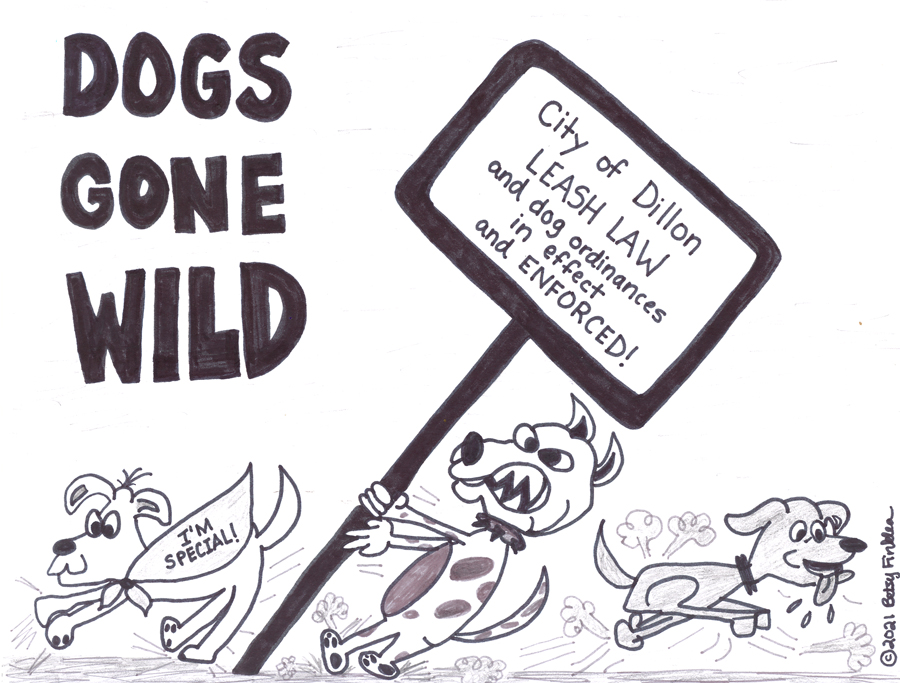 This is part of the animal ordinance, but is being included here for reference:
ANIMALS CONSTITUTING A NUISANCE.
No person living within the city limits shall keep any animal or animals which constitute a nuisance. A nuisance shall hereby be defined as any of the following: continuous barking by an animal, the presence of odors and/or unsanitary conditions of animals, animal pens or houses, the endangering or molesting of passerby by an animal. A nuisance is not to be limited just to the above listed items. (1977 Code, 6-5006)
Cross reference: Noise created by animals, Sec. 9-2-6(A)(3)