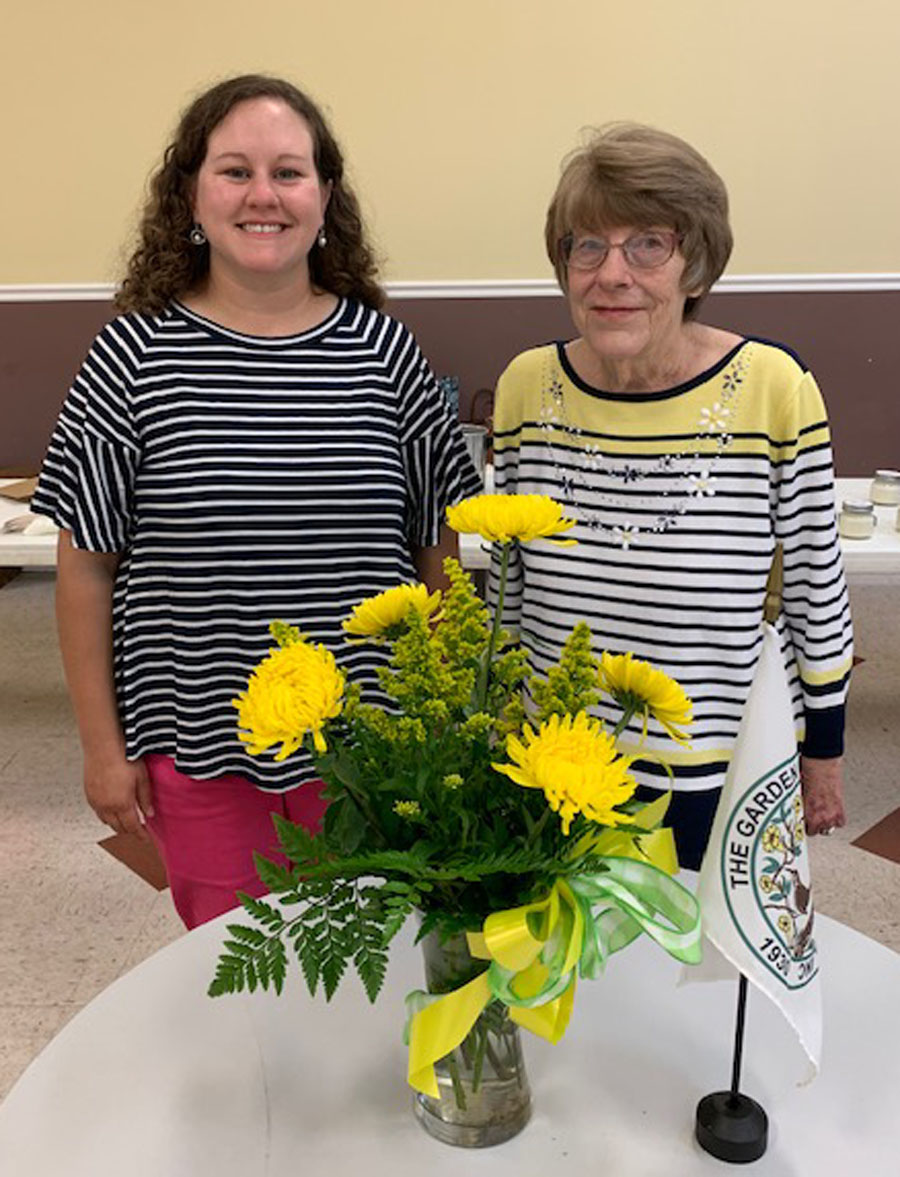 The April meeting began with the members standing and reciting the pledge to the GCSC flag. A devotion and prayer was given by President Moody. President Moody praised Cathy McDaniel for the eye catching table arrangement of Yellow Spider Mums and Solidago. Cathy also brought the refreshments for the evening.
Next members recited the Yellow Jessamine Garden Club mission statement.
Roll call was given by the naming of a favorite scent of candle. Several answers given were Mulberry, Flamingo dunes, Cinnamon, and Linen. 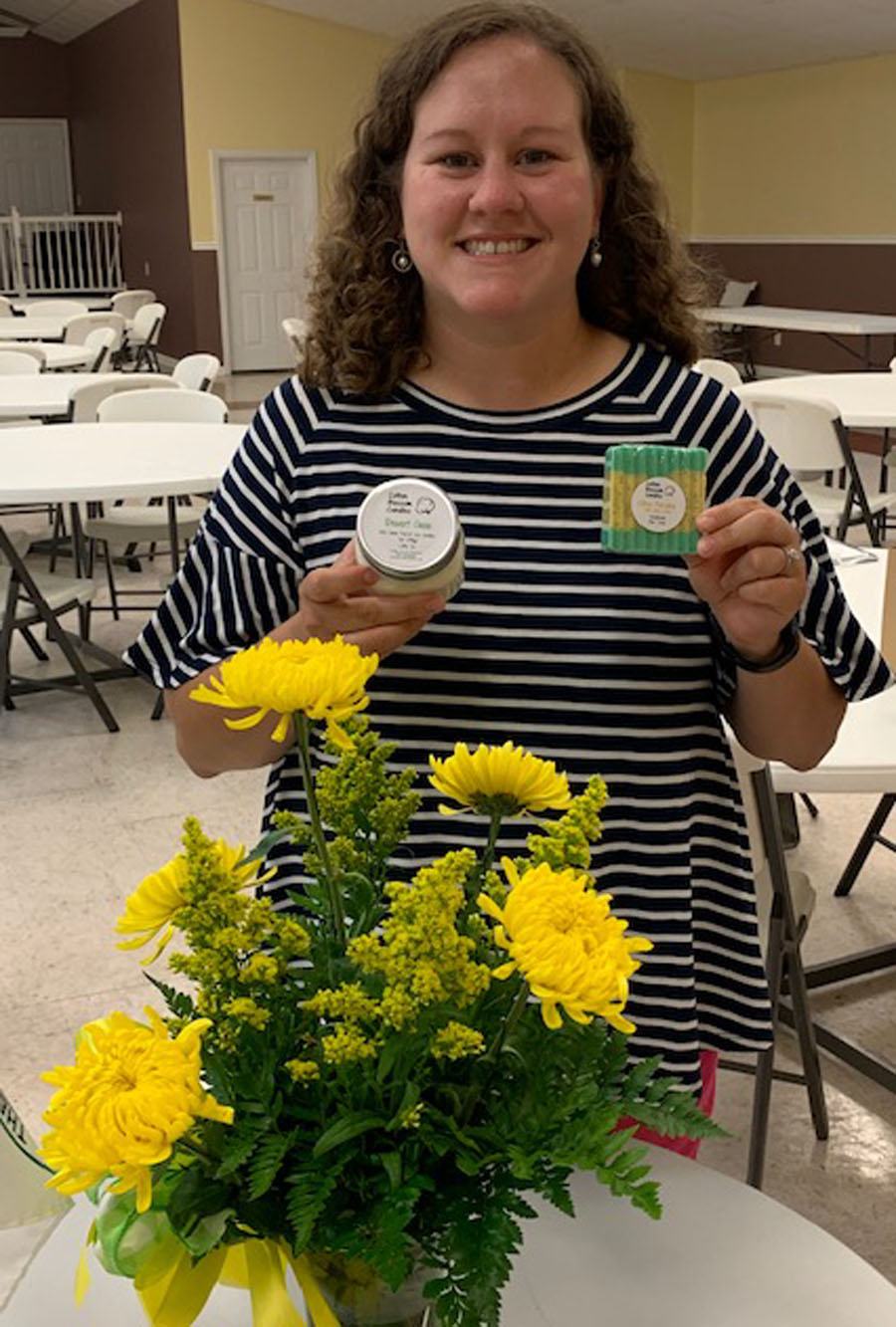 The program on “Candlemaking” was presented by guest speaker, Callen Outen of Latta, S.C. She is a Clemson Graduate with a BS in Wildlife and Fisheries Biology and a MS in Agricultural Education, and now is Clemson Extension Consumer Horticulture Agent for Dillon/Marlboro County.
Her program was very educational. Callen displayed her candle making tools and products as she spoke on their uses. She places assorted oils and fragrances to make her products. She produces soy candles, wax melts, lip balm, and soaps. Her ingredients are natural, such as soy, coconut, olive and beeswax.
She explained the process of producing these items and encourages the purchase of soy products instead of paraffin. She also brought some items for purchase. Several of the fragrances are Flamingo Dunes, Citrus Paradise, Tahiti Island, Desert Oasis, Summer Linen, and many more.
She has a Facebook page and her items are found at many local stores and Farmer’s markets. (GCSC objective: promote the protection and conservation of natural resources) After the wonderful program, the business portion of the meeting began.
Mary Ricks, Projects and Litter Chairman, gave appreciation for the workday in March and planned another work day to place mulch at Harmon Park. 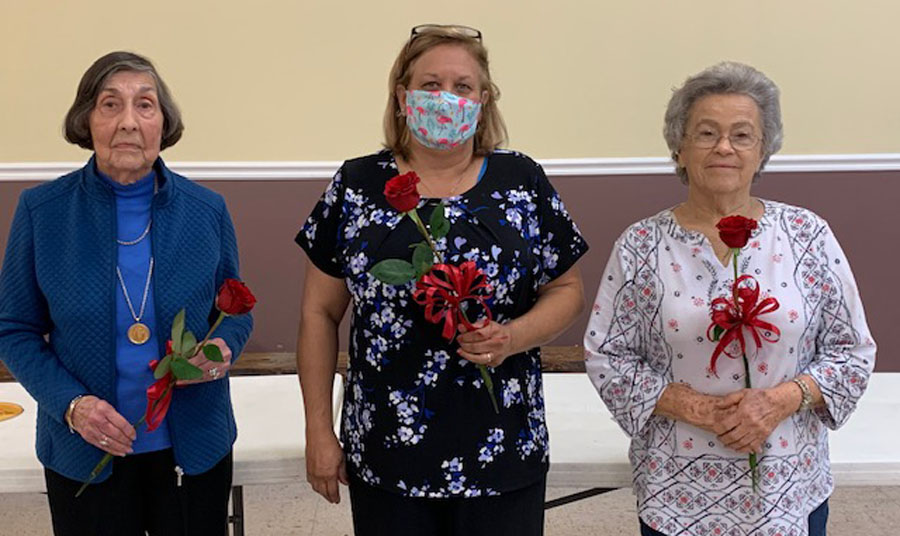 The birds report was given by Frances Tyler. She stated to make sure the hummingbird feeders are up and cleaned. The hummingbirds have arrived in our area and the feeders need to be placed. The recipe for hummingbird food is 1 part sugar and 4 parts water. The red dye should not be used.
The flower report was given by Larue Bracey. The flower for the month of April is Daisy. The daisy is associated with purity and innocence.
The Treasurer’s report was given by Frances Tyler.
President Moody thanked the members for a job well done this year. The club won several certificates at the Coastal District Zoom meeting.
As for the new business, Mr. David Stoudenmire will be visiting the club for the May meeting. The YJGC is ecstatic to have Mr. Stoudenmire be a guest and share his vision for The Garden Club of South Carolina.
The new officers were inducted at the finale of the meeting. President Moody gave each officer a red rose as a symbol of their new endeavor in the club. Congratulations to President Mildred Mishue, President Elect Terri Pittman, Secretary Danyell Page and Treasurer Frances Tyler.
The Yellow Jessamine Garden Club will meet on Tuesday, May 4, 2021 at 6:30 pm. The guest speaker will be Mr. David Stoudenmire.
The Yellow Jessamine Garden Club is a member of the National Garden Clubs, Inc., South Atlantic Region of Garden Clubs, The Garden Club of South Carolina, Inc., and the Coastal District of South Carolina.