The meeting was set in motion by President Moody welcoming each member. She thanked the hostess Danyell Page for the refreshments and Terri Pittman for being the program leader.
At each place setting, an agenda, newsletter and devotion were placed. The table arrangements were decorated for Valentine’s Day with red roses and pink fillers. 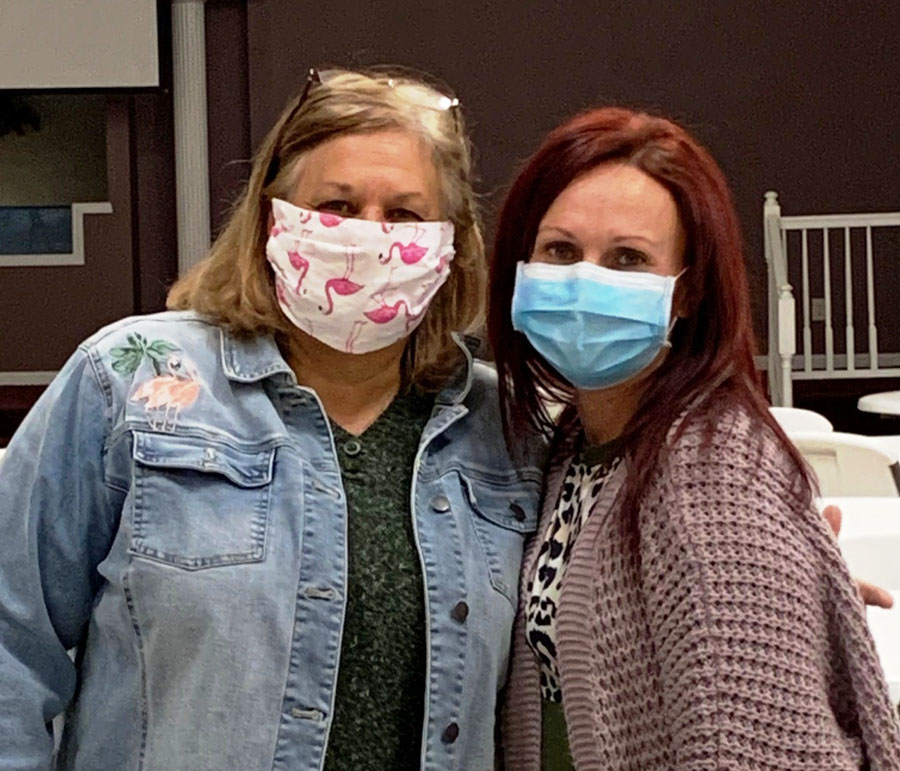 The pledge to the flag of The Garden Club of South Carolina was recited and devotion/ prayer was stated.
The mission statement was also delivered as the roll call was given with the naming of a fruit of vegetable. Several examples were peach, strawberry and tomato.
The program then began with Terri Pittman teaching on “GardenFORLife” which is the President of The Garden Club of South Carolina, Trish Bender’s theme. The FOR stands for focus on relationships; focus on relationships that encourage life.
Terri began with, “Study and be a good steward of the blessings of the Lord.” (1 Timothy 6:17)
Planting native plants, pollinators and wildlife are imperative to the survival of generations to come.
These must be protected and encouraged to our children and garden clubs today. Another point is to aim to garden FOR life instead of against it. Preservation, conservation and education are very important tools to help aid in the salvation of gardening.
Biodiversity is also a huge factor in understanding the GardenFORLife concept. The term “biodiversity” refers to the vast array of living organisms.
There are many different components to biodiversity. Biodiversity joins the variety of species and forms of life (animal, plant and other) and their variability, that is to say, their power of evolution in their ecosystems.
She also mentioned a great book to read by Douglas Tallamy entitled “Bringing Home Nature.” This book enlightens the public on the importance of the link between native plants and native wildlife.
Without native plants, the native wildlife will not survive, thus eliminating part of the food chain. (GCSC Objective: Promote protection and conservation)
Since the meeting was held on February 2, 2021 which is known as “Groundhog Day,” Terri made a fact that not many people knew.
For Christians, this day commemorates 40 days after the birth of Jesus. It’s also known as the Feast of Candlemas or The Feast of Christ’s presentation in the Temple.
After the educational program, Projects and Litter Chairman, Mary Ricks, spoke that J.P. Camp Roadside Park trash disposal needed attention. Ways and Means Chairman, Mildred Mishue, had no business at this time.
Frances Tyler gave the birds report and encouraged all to keep the bird feeders clean and filled with seed. She also presented the club with the financial report and mentioned next month dues were required.
President Moody stated that 18 awards were mailed in and congratulated the members on a unique but good garden club year.
There are many exciting new plans in the future for The Yellow Jessamine.
The meeting was then adjourned.
The next meeting will be held on March 2, 2021. Frances Tyler will be the hostess and Glenda Campbell will lead the program.
The Yellow Jessamine Garden Club of Dillon is a member of the National Garden Clubs, Inc., South Atlantic Region of Garden Clubs, The Garden Club of South Carolina, Inc. and Coastal District of The Garden Club of South Carolina.