Many of my columns stem from my personal experiences and upbringing.
I am not afraid to share some of the shortcomings and misdeeds that I have perpetrated in my life as was the case in last week’s column entitled, “Things I Wish I Had Never Done.”
I am convinced that most who read my articles can relate to the things I write about that pertain to my personal experiences and that they can clearly see themselves through reading about my misdeeds and shortcomings.
One of the things that a good story does, which features protagonist vs antagonist as well as good vs evil, is that it draws you into the plot whether on the side of the hero or the villain and occasionally you are situated right in the middle of the two extremes.
My aim today will focus on how to let go of people who have departed from us either by death, divorce, or dissent.

Letting Go of People Who Have Departed from You Through Death
At the very top of the struggle to release people who have departed from us are those who have physically died.
In my position as a pastor, I have become very familiar with dealing with people who have been bereaved of a loved one like a spouse, child, parent, or sibling.
My most difficult struggle in this area happened when my sister passed away while I was half-way around the world in Zimbabwe conducting a conference.
She was the only girl in our family of eight boys and one girl. The news of her death hit me like a ton of bricks and broke my heart in the process. It was surreal and as though I was living in a nightmare.
For months, I grappled with accepting and adjusting to her sudden departure. I had grown accustomed to comforting and encouraging others for years who had lost loved ones. However, when it knocked at my door, it was one of the most challenging and difficult things that I have ever had to deal with.
It took me some years to let go of my sister in my mind and the wounded emotions that had come about as a result of her passing.
My deliverance came through the fact that I knew that she was saved and ready to go. It came through the comfort of the Scriptures that assured me that though she was gone and in the presence of the Lord, I would one day be reunited with her and all of my loved ones who had died in Christ. Perhaps your situation of losing and holding on to a deceased loved one is different from mine or perhaps and regrettably they were not saved. Whatever the case might be, holding on to and living in continual grief will not bring them back.
You must find a way through seeking professional or spiritual counseling in order to turn them loose that you might be able to live the rest of your days without grief, guilt, or being haunted in your mind and emotions by the memory of your deceased loved ones.

Letting Go of People Who Departed from You
Through Divorce
If they will be honest, many who have experienced the pain and often trauma of going through a divorce will tell you that it was a very trying and taxing time that they would not wish on anyone.
Due to the fact that when a man and woman enter into holy matrimony, they enter into a sacred covenant and bond between one another in the sight of God. The two of them become one in spirit, soul, and body.
The marriage union ties people together like no other union on earth in mind, emotions, body, and other areas of human activity.
The longer they stay together, the more entwined and intimate they become like two trees planted side by side whose roots and trunks eventually merge together until the two become one entity making it virtually impossible to cut down one without also destroying the other. This is the reason why when a couple who has been married for a long time and one dies before the other, the surviving spouse often does not live long.
Letting go of a spouse through divorce is a very difficult thing to do because it entails unraveling the tentacles of one’s mind and emotions from another person. That is easy to say and very difficult to do and requires time and much effort to achieve.
I have counseled and assisted many in their struggle to let go of an ex who they seem unable to release in their minds and emotions. Again, I repeat, it is easier said than done.

Letting Go of People Who Departed from You
Through Dissent
Dissent and dispute have been one of the major causes of breaking up friendships, fellowships, and partnerships. Even in the Scriptures, there is an amazing account of the break-up of perhaps the greatest Apostolic team in the New Testament narrative due to a sharp dispute between them over another young Christian (Acts 15:36-40). Many close friendships and relationships have been severed and rendered irreconcilable and inactive due to disputes between people who were once friends and allies. Invariably, the breaking or dissolving of such bonds does not immediately or automatically remove the emotional tie or comradery, friendship, fellowship, or partnership that may have become inert. The lingering emotional bond that exited for years between them did not automatically dissolve with the disbanding. It often takes a long time to come to terms with overcoming the residual emotional affect of the breakup. I speak this by experience through the many times that I have had to accept and adjust to people who departed from me or I from them because of disputes of various types over the years. Each time I have had to let them go and seek God, as well as do all that was in my power to do in order to be emotionally healed from the breakup.

END_OF_DOCUMENT_TOKEN_TO_BE_REPLACED 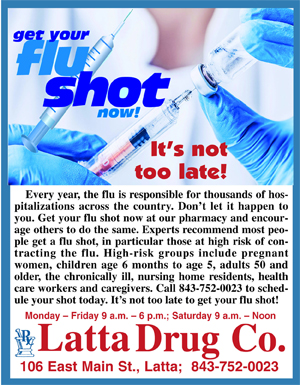