The views or opinions that I have expressed in my column today are not necessary the views of The Dillon Herald.

Since this is officially Black History Month (that was started by historian and scholar Carter G. Woodson back in 1926), I am going to start this month off by focusing my attention and emphasis on a subject that is, in my estimation, one of the most essential elements of the African-American culture and experience in the history of this nation. From the beginning of the Negro slaves’ arrival to America until this present day, the survival, strength, and sustainability of the African American family, culture, community, schools, and church has primarily rested upon the shoulders of resilient, resourceful, and resolute black women. I dread to think where we (African Americans) would be as a people if it had not been for these matriarchs who, at times, have displayed heroic and even Amazonian qualities in their sacrificial struggles to provide for their families. Unquestionably, no other ethnic group in the history of America or perhaps the world have been gifted and dependent on the contribution and role of women for their survival and general well-being as African-Americans have been. In light of all we have said, it is little wonder that my column today is dedicated to all the black women (past and present) who have been so essential and foundational in the shaping and sustaining of the black race in America from before the Mayflower until this present day.
As I present and briefly elaborate in each proceeding category, it is to be understood that I cannot include all of the great African-American women in history nor from our locale who are certainly worthy of recognition and honor for the role they have played in the black experience. The few that I have chosen to include are emblematic of all the other unsung heroines whose impact and influence have helped to shape our lives and destinies.

Black Matriarchs Who Helped to Shape History
It would be impossible to include all of the black women who have played an important role in the black narrative in America. Anybody who is a serious student of Black History knows that had it not been for the black women’s heroic and sacrificial role in the narrative of black history, there would have been few victories to celebrate, if any. This does not deny nor downplay the role that black men have played in the founding and shaping of the African-American culture and community. How can we ever forget or disregard the legacies and lives of our forefathers like Richard Allen, Fredrick Douglas, W.E.B. Dubois, Booker T. Washington, George Washington Carver, Martin Luther King, Jr., and countless others whose lives and labors paved the way for us.
My objective in this column is to cite and celebrate the role of the black woman and matriarchs who have been and continue to be to this day the rock of Gibraltar and adhesive influence that has held the African American family and thus the community and culture together. Pioneering heroines and matriarchs like Sojourner Truth, Harriet Tubman, Ida B. Wells, Madam C.J. Walker, Mary McLeod Bethune, and of course Rosa Parks (the iconic Mother of the Civil Rights Movement) are but a few of the black women who were valiant , virtuous, and vital to the victories African Americans won from the Mayflower to this present day.

Local Heroic Matriarchs and Trailblazers
In this section, I want to briefly cite a few of the local African-American women who were before their time in going against the odds and doing some remarkable things in the day of Jim Crow and segregation. Perhaps at the top of the list of local and historic matriarchs who beat the odds and achieved great things was Mrs. Lizza Hertzog, who founded Mutual Funeral Home that served as one of the most productive and professional funeral services for many years, even after her passing. Then there was a woman named Mrs. Leola Smith who established Busy Bee’s Restaurant and Boarding House on Hampton Street that thrived for many years, even after her passing through the management of her son and daughter-in-law. Right across the street from Busy Bee’s establishment, another matriarch by the name of Mrs. Easter Smith accomplished something that was very rare, not only for a black woman back then, but any black person – male or female. She built a sturdy two-story brick, veneer house that she and her daughter occupied. It is still standing today and is occasionally occupied by one of her heirs. I dare not omit the great achievement of my great grandmother, Mrs. Orilla Martin Edwards who raised my mother and four of her siblings after their mother (my grandmother) died. She built a six room house out of eight inch cement blocks, which was quite a remarkable feat in those days. Then I must make mention of Mrs. Doretha Whittington who built and occupied a two-story house that had a store on the first floor. Right across the street, she built a movie theater with a barber’s shop attached to it. All this was done in Newtown.

Women Who Made Their Husbands Look Good
In this section, I want to say something very briefly about wives who have made their husbands look good by their faithful and prudent roles as spouses and mothers. I will cite only three in the short space that I have remaining in this column today. They are emblematic of all the good wives who make their husbands look good. Mrs. Kirby Manning, who was the wife of Mr. Calvin Manning, heads the list of wives who made their husbands look good. She was a hardworking woman who labored for many years at Rownd and Sons Basket Factory to help provide for her family. Mrs. Kirby instilled in her children the importance of getting an education so they would not have to work themselves into bad health as she and so many other black women had done. To her credit, the majority of her children obtained an education and one, Dr. Kenneth R. Manning, has become one of the most celebrated and renown scholars in America as a tenured professor at the prestigious Massachusetts Institute of Technology. Another wife who made her husband look good was Mrs. Alene Grice, who was married to Mr. James Grice. Mrs. Alene was the business mind behind her husband’s accumulation of quite a few rental properties, as well as starting the first laundromat in our community in Newtown. She was the primary motivator behind her children obtaining a college education. The final person who I want to cite and briefly comment on in this section on wives who made their husbands look good is my dear mother. My father taught my brothers and me quite a few good lessons on life and has received a lot of credit for raising some good, hard-working, and law-abiding sons. However, if truth be told, it was our mother who was the primary influence in our lives who instilled within us the basic principles and practices of having a productive life. Things like being frugal and owning your own home was passed down from my mother. Perhaps the most important thing that we gleaned from our mother was the Judeo-Christian ethic. This is especially true for my brothers Randy and Earl, as well as myself. I owe a great debt of gratitude to my dear mother, Mrs. Marie Smith Goings, for all she has done for me through her praying, encouragement, and example as a Christian. Amazingly, the greatest common denominator that most of these matriarchs had in common was their belief in God and His only Begotten Son, Jesus Christ.

END_OF_DOCUMENT_TOKEN_TO_BE_REPLACED 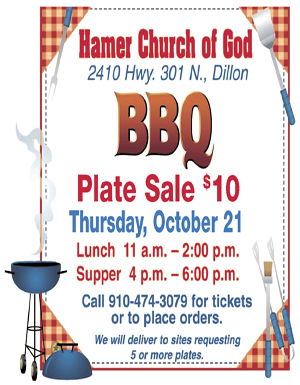