Rich McFee, a 10th grader from Latta High School, represented South Carolina at the Scholastic Clay Target Program National Competitions held at the Cardinal Shooting Center in Marengo, Ohio the week of July 13th through 20th. The team from South Carolina competed in 7 different shotgun events. They were shooting against over 2,500 shooters representing 30 states. 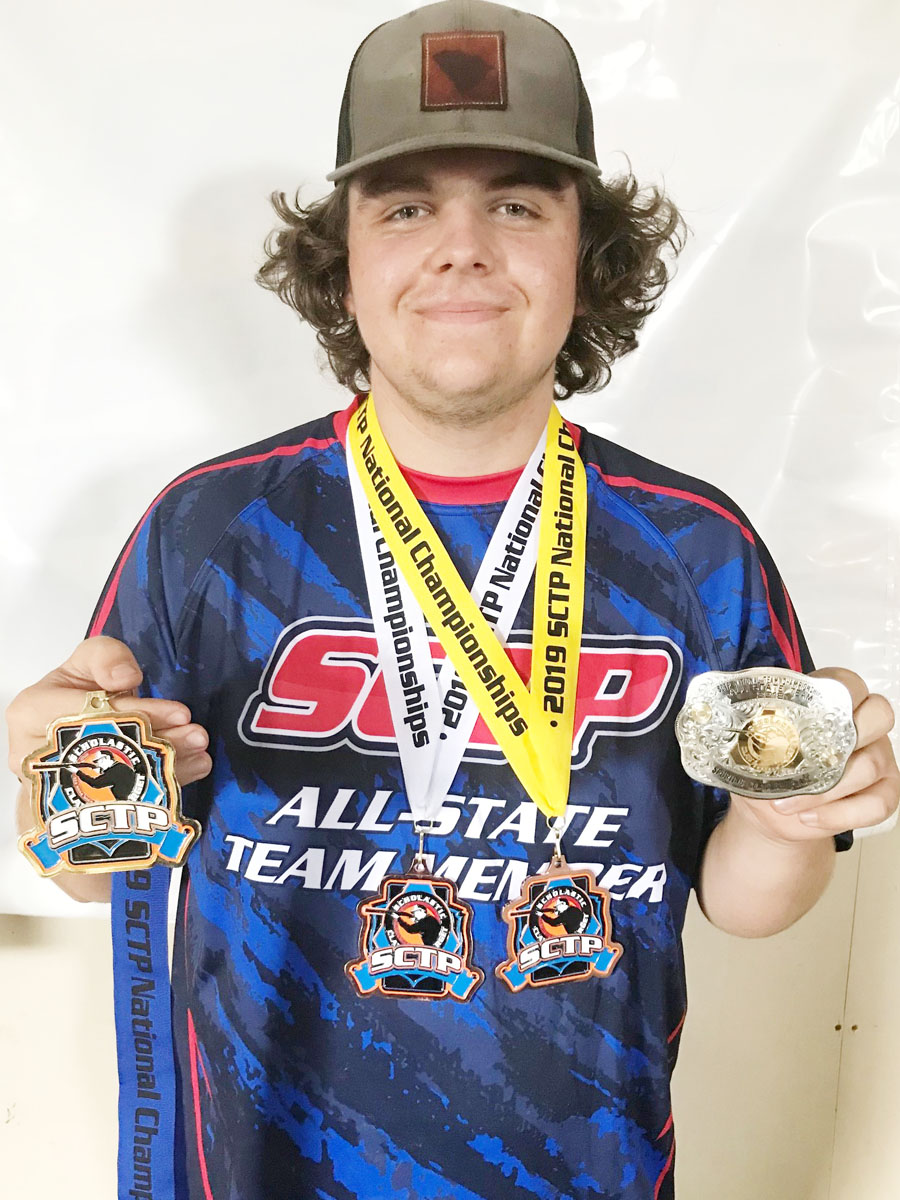 The events were Skeet, Single Trap, Doubles Skeet, Doubles Trap, Handicap Trap, Bunker Trap and Sporting Clays. To compete in all events each competitor would shoot 1,200 targets. At this year’s national they would throw over 2 Million targets. Rich participated in all of the events with different squad members from all over South Carolina.
Rich and his teammates won 1st place in the Open Division of Sporting Clays to claim the title National Champions. Rich shot 154 out of 200 targets. His team mates were Madison Sharp of North, South Carolina who shot 170 and Turner Parcell from Swansea, SC who shot 176. All are members of the South Carolina 4-H shooting sports program. They had a total score of 500 out of 600.
The South Carolina Team came in 3rd place in Trap Doubles. The squad consisted of Rich, Madison, Turner, Cody Carroll of Walterboro, SC, and Jacob Todd of Irmo, SC. Missouri came in 1st and Florida came in 2nd.
Rich and teammates Turner Parcell and Braxton Marr, of Columbia, SC, Placed 4th in the Skeet Open division with a score of 561 out of 600. Rich only missed 10 targets out of 200. Tennessee was first, Missouri was second and Iowa was third.
In Handicap Trap the same squad of Rich, Madison, Turner, Cody and Jacob competed in the open division and came in 5th place. They were behind Iowa in 4th, Wisconsin in 3rd, Missouri in 2nd and Illinois in 1st.
The same squad competing in the open division in Trap Singles came in 17th. Minnesota came in 1st
Rich, Turner, and Braxton came in 6th place in the Doubles Skeet Event. Montana took first, Ohio got 2nd and Arizona won third.
In Bunker Trap the team competed in the Senior Division. Rich led the squad breaking 63 targets out of 100. Cody broke 58 and Madison got 44. They placed 25th overall. Ohio came in 1st
Rich also competed in the SASP in which he shot timed steel target events with pistols and rifle. In the Model 1911 pistol division Sr/JR. Varsity class he came in 12th place. Special thanks to R L Kannaday of Dillon, SC for helping Rich to prepare for this competition. Rich only had one week to practice with the pistols as he had never participated in any pistol competitions. Rich was also the only South Carolina shooter to participate in these events.
Dillon County 4-H Shooting Sports will begin the 2019-2020 program in August 2019. Any youth wishing to participate may contact Erika Jones, Clemson Extension 4-H program director by email at Erikaj@Clemson.edu or calling 803-238-2183, or by calling Bill Aston at 843-307-5904.
The Clemson University Cooperative Extension Service offers its programs to people of all ages, regardless of race, color, gender, religion, national origin, disability, political beliefs, sexual orientation, marital or family status and is an equal opportunity employer. 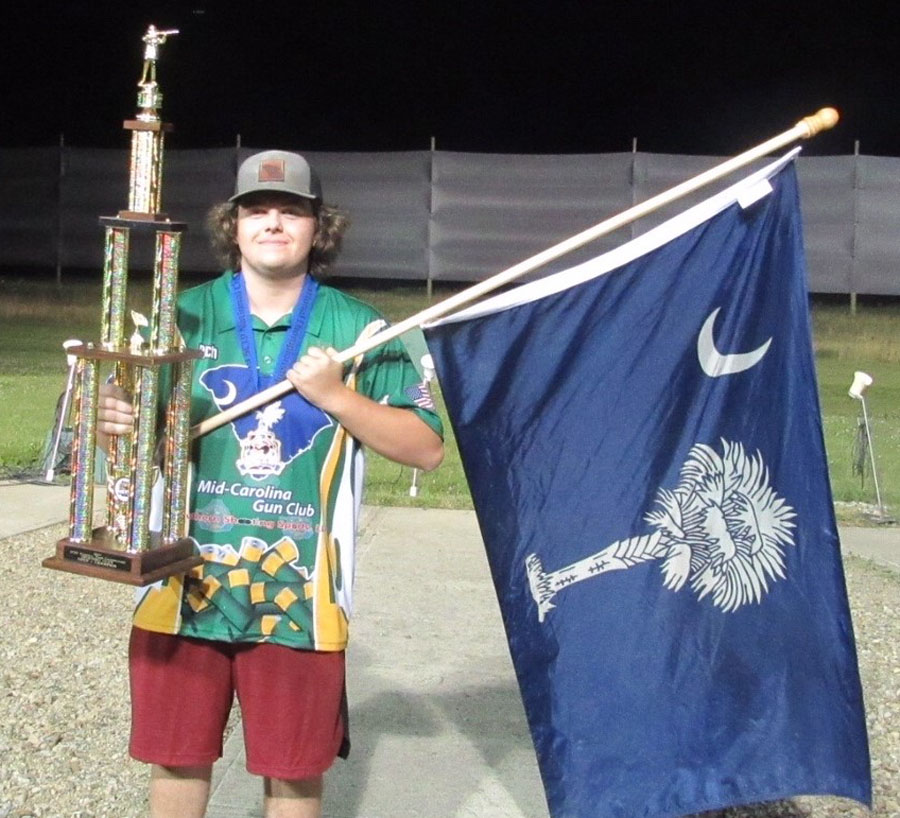