This is part one of a four-part story of the eight-day, 210-mile New River Expedition. This journey was made possible by six men, five of whom call Dillon County home. 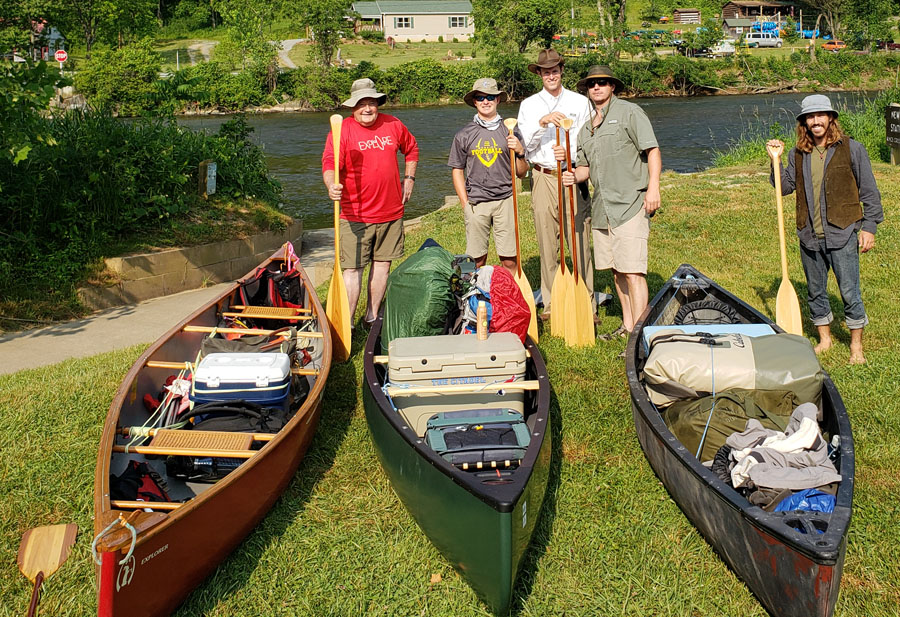 I first discovered the New River on my way to a Boy Scout hiking trip to Grayson Highlands with Dillon’s Troop 761. Earl Dutton was on the trip and he explained some of the traits that this river exhibits which differentiates it from other rivers in the East. The river maintains a Northerly course, flowing deeper into the mountains from Boone, NC through Virginia, and into West Virginia before joining the Ohio River. The Ohio River leads to the Mississippi River and so the New River in the end, flows a great loop from NC into the Gulf of Mexico.
This river is one of Earl’s favorite rivers to paddle and upon first glance I could see why. The wide river allows space for canoes, the crystal clear mountain water flows quickly over the pebble river bottom, and rapids scattered along the way always add some excitement. Apart from the river is the view of mountains and rock cliffs along both sides of the river keeping the eyes wandering endlessly. Whereas most rivers flow from the mountains to the coast, the New River remains a mountain river through a gorge dotted with rapids from start to finish.
I had seen the river several times since then and upon crossing the Galax, VA bridge in December of 2016, the conversations began that the New River must be claimed.
The most difficult part of planning is the recruiting process. Few people want to spend their vacation suffering the elements on a river while keeping a schedule. On top of finding the right people for the journey, each of these people has a life and to disappear from that life for an entire week, while coordinating that with the busy schedules of four fellow crewmen. Finding the perfect group to rely on is next to impossible. Navigating the river requires team work and the lack of full commitment by a single person can cripple the crew. Ryan Stephens and I selected the date, and from there the 4-man crew was formed including:

Duncan later recalled that the crew has to be made up of positive and smart people. Positive to find happiness in the misery that no matter what is thrown at us, we find the way forward rather than making an excuse to quit and smart to be able to coordinate with people to pass obstacles and to see the limits of safety.
The New River Expedition is the longest distance that we have dared to tackle and the unknown factor of the New River made the planning process more difficult. Earl Dutton became our advisor in this process and always gave the realistic perspective to compare with my hopeful perspectives. The original plan was to paddle 270 miles from the South Fork, to the headwaters, through NC, VA, WV, past the New River Gorge Bridge to the Gauley Lake in Charleston, WV. 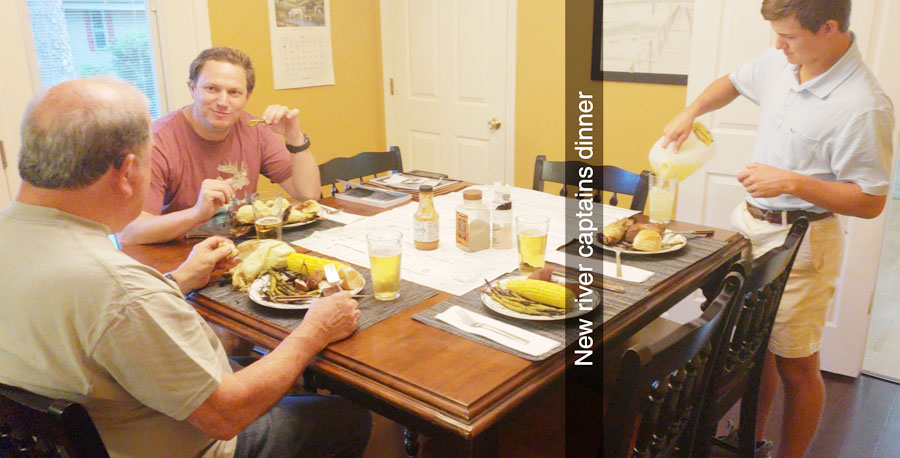 Experience is one thing you can't get for nothing.
Oscar Wilde
It is my ambition to say in ten sentences what others say in a whole book.
Friedrich Nietzsche
+81
°
F
H: +81°
L: +58°
Dillon
See 7-Day Forecast