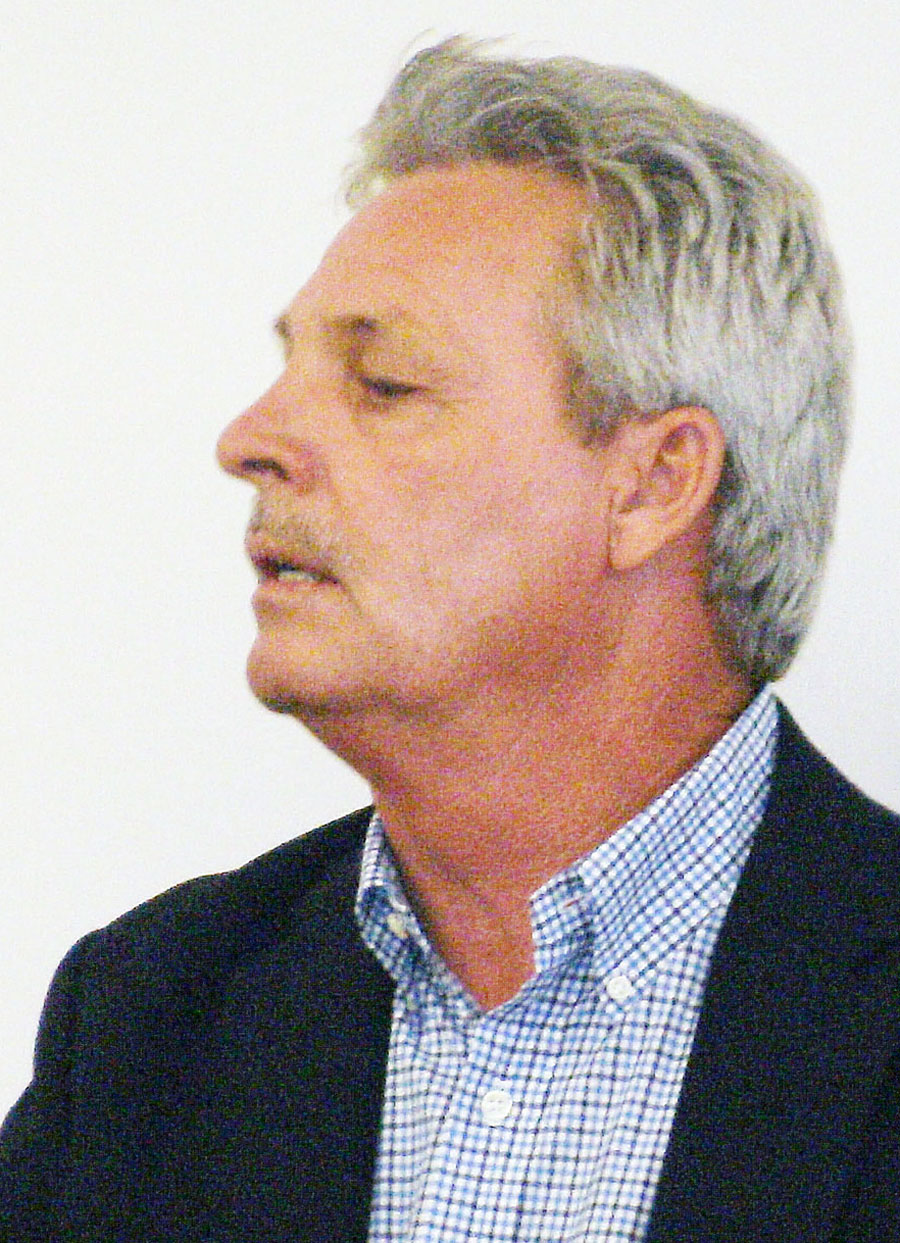 Tyler said since its inception, the Dillon County Public-Private Partnership Board has been charged to assist Dillon County government in the function of promoting and enhancing the economic growth and development of Dillon County. He said generally what this does is lessen the burden of government by becoming an integral part of a larger program in Dillon County government. He said they are responsible for economic development needs and work cooperatively with the county and the economic director in helping to promote economic development.
“What are some of the challenges we have?,” he asked. “We solicit; we collect; we receive; we accumulate; we administer; and we dispose of funds,” he said. Tyler said they were even able to purchase property. He said they had not gotten there yet, but they are getting there. He said they are working directly with Clay in his efforts.
He said this board has been focusing heavily on getting existing industries to expand.
“Clay’s talking with the big boys, but he knows we’re always there to assist him in any way we can.”
Tyler said they were heavily in support of Northeastern Technical College and their achievements.
Tyler said the board has been instrumental in helping to connect the dots with the educators and also with the college to make sure workforce development is in play.
“We’re here to help promote the quality of life in Dillon County in any way we can,” Tyler said.
Tyler then discussed why he was there at the meeting. He said he was there to ask for support from this council and for the board members appointed by council, who are not paid and put their heart into their work.
He said the people on this board were just like him. “We are all ordinary people,” said Tyler, “but I’ve seen extraordinary things come out of these folks. I really have.”
Tyler said they were eager, and they want to see things continue on a good path. “I think we are just in a sweet spot right now,” said Tyler. “We have opportunity that is unlimited—right here, right now.” He said this was due to the work of council and many people and that it was not one person. “We are just another tool that Clay, the council, and the county can use to help promote business.”
Tyler said since the inception of this board, the council was committed to giving $25,000 a year to this board. He said they haven’t received any funds from council since May 27, 2016, which is basically three years.
Tyler said they had many things happening. He said this board was in the middle of making two announcements, and they need funding to make some more things happen.
“We’re asking today if we can get at least two of those three years for funding to continue our work,” Tyler said. This would amount to $50,000.
He said these were expansions that he is talking about announcing. He said he was hoping these announcements would come up in the next couple of weeks. He said one announcement is 75 percent solid, and the other is 98 percent.
Councilman Archie Scott asked Tyler if he could be more specific about what the board does with the funding. He said their funding is used for geo-technical borings and those kinds of things, investing in courting and helping to promote businesses, and the annual industry appreciation luncheon.
Tyler said working in conjunction with Economic Development Director Clay Young, they are looking into investing into some grant writers.
He said there are lots of moving parts and it takes money to do it.
Some of the future projects include financing a couple of master plans for development and a vision of appointing some new members to form a government affairs committee where they can get back on track and get frontage roads out by Love’s and those kinds of areas.
It takes demographics, it takes master plans, it takes money, and it takes funds for these projects.
Tyler said sometimes when things come in, they are an advocate that can be used not to wait on decisions that have to be made by having three readings. He said their status allows them to do things without government approvals. “We’re a conduit to be used for that,” Tyler said. “We need your support.”
Tyler said he was asking that they send a message to Dillon County, and the message that he wanted to send was that in Dillon County, they have seven councilmen on board with industries and on board with expanding existing industries. He said he knew that the councilmen were interested and wanted what was best for Dillon County.
Tyler said they needed the council’s support to continue to do what they do.
Tyler said they would continue to work hard and start showing progress that they have not shown in the past.
Councilman T.F. “Buzzy” Finklea, Jr., told Tyler that when they gave them $25,000 one time before, they asked for quarterly reports and never received the first report.
Tyler said he can’t do anything about anything that happened prior, but the council would get reports because he believed in accountability.
Councilman Harold Moody asked about the board’s industrial recruitment success. Tyler said there was not one project that the board could credit their name to.
Councilman James “Hoghead” Campbell made a motion to give the board the $50,000, seconded by Councilman Jack Scott. The motion tied 3-3 with Campbell, Scott, and A. Scott voting for the motion, and Finklea, Moody, and Chairman Stevie Grice voting against the motion. Councilman Gerome “Gee” McLeod did not vote.
Grice said that they were not against the board, but needed time to have a workshop and determine if the money could be pulled from somewhere else in the budget.
County Attorney Alan Berry said if they decided to give the board the money that it would require amending the budget which would include three readings and a public hearing.
Share this...

There are no shortcuts to any place worth going.
Beverly Sills
Dreaming about being an actress, is more exciting then being one.
Marilyn Monroe
+81
°
F
H: +81°
L: +58°
Dillon
See 7-Day Forecast