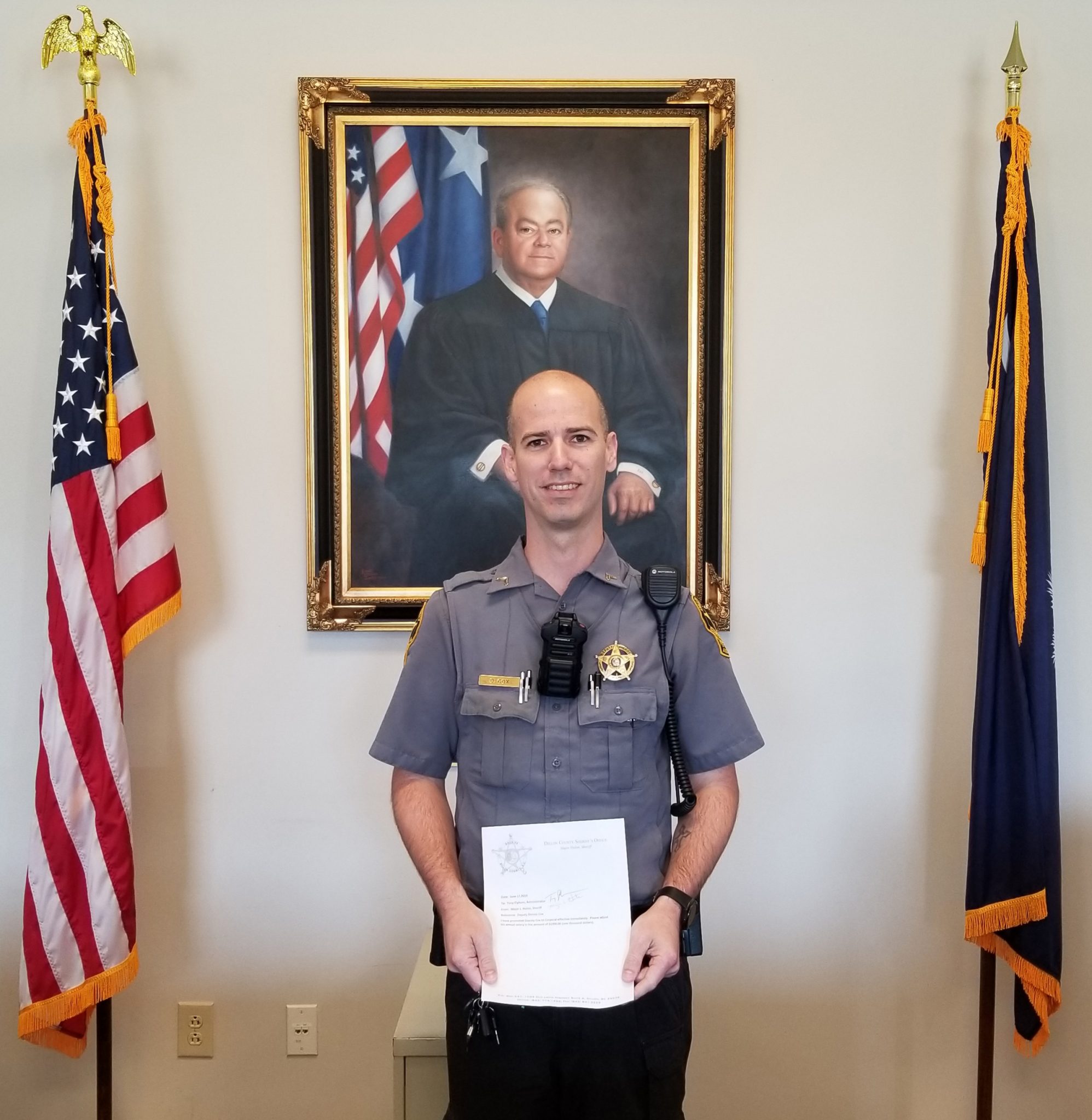 He began his career with the Dillon County Sheriff’s Office in September 2013. He previously served 11 1/2 years in the National Guard with one deployment and is actively retired.
Sheriff Major Hulon and Chief Deputy Larry Abraham thank Cox for his service to our department and the community.
Cox has a wife, Stephanie L. Cox, and children, Bryson S. Cox and Brody J. Cox.

END_OF_DOCUMENT_TOKEN_TO_BE_REPLACED

Better to remain silent and be thought a fool than to speak out and remove all doubt.
Abraham Lincoln
Animals are such agreeable friends - they ask no questions; they pass no criticisms.
George Eliot