BENNETTSVILLE— The Marlboro County Sheriff’s Office has arrested one individual following an investigation in Bennettsville, SC. 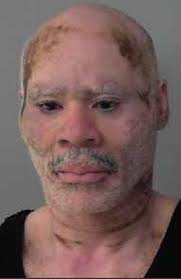 Eddie Scarborough, Jr., 51, was arrested as a result of an investigation into two convenient store burglaries that occurred in Bennettsville, SC in January of 2019.
Scarborough is accused of cutting the power at the Pic N Pay convenience store on January 14, 2019 before using his vehicle to forcefully open the front doors of the business. Scarborough is then accused of entering the store and stealing an ATM machine from the business.
Scarborough is accused of the similar actions at another Bennettsville convenience store two weeks after this first burglary. Investigators with the Marlboro County Sheriff’s Office were able to collect video surveillance data, physical evidence from the crime scenes, and other evidence that placed Scarborough at each crime scene during each burglary.
After more than a month of searching for Scarborough, he was arrested in Dillon County on March 12, 2019 following a traffic stop. He is currently being held at the Marlboro County Detention Center and is awaiting a bond hearing for two counts of Burglary 2nd Degree and two counts of Grand Larceny, More Than $2,000 Less Than $10,000.
Scarborough is currently wanted by other counties for similar offenses and will be extradited after bonding out in Marlboro County.
All parties are presumed innocent until found guilty in a court of law.